The New York Giants' offensive line is back at work after six members spent a day a home because of concerns about the coronavirus.

Starting tackles Andrew Thomas and Cam Fleming, center Nick Gates and backup linemen Shane Lemieux and Spencer Pulley practiced Friday after being told to stay away from the team because they had had close contract with starting guard Will Hernandez.

The Giants learned late Wednesday night that Hernandez tested positive for COVID-19. He immediately went into isolation and was placed on the COVID-19 list on Thursday. He will not play Monday night against the Tampa Bay Buccaneers at MetLife Stadium. 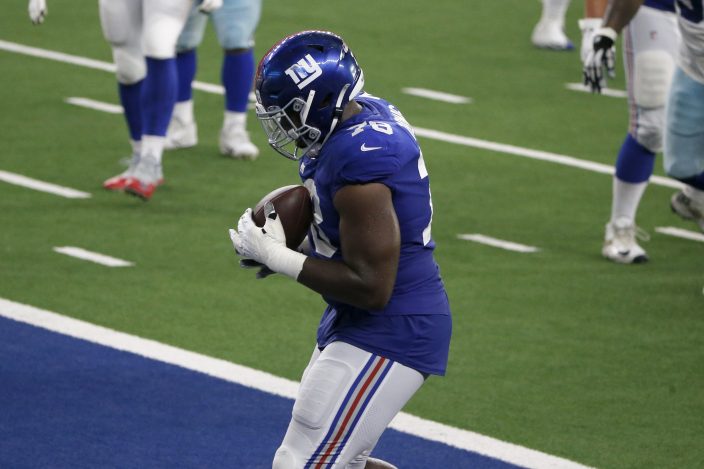 New York Giants offensive tackle Andrew Thomas (78) catches a pass for a two-point conversion in the second half of an NFL football game against the Dallas Cowboys in Arlington, Texas, Sunday, Oct. 11, 2020. (AP PhotoMichael Ainsworth)

Under NFL protocols, anyone who had close contact with Hernandez could not enter the team facility until they tested negative for COVID-19. Gates said the two practiced Tuesday and ate lunch together. The players were off Wednesday.

“Obviously, we were relieved that there were no more positive tests at this moment and that our guys are back in the building working,” coach Joe Judge said Friday. “We just need to put the emphasis on we have to continue to be very cautious, and we have to be proactive in the steps we take.”

Gates said he got a call at 6:15 a.m. on Thursday, informing him that Hernandez tested positive and that he could not enter the facility although he would be allowed to attend virtual team meetings. The third-year lineman had to drive up to the team facility on Thursday morning and someone walked out to his vehicle to test him. He was tested twice more on Friday morning — one a rapid test completed in 16 minutes — and was cleared to return to the team as he was driving home. 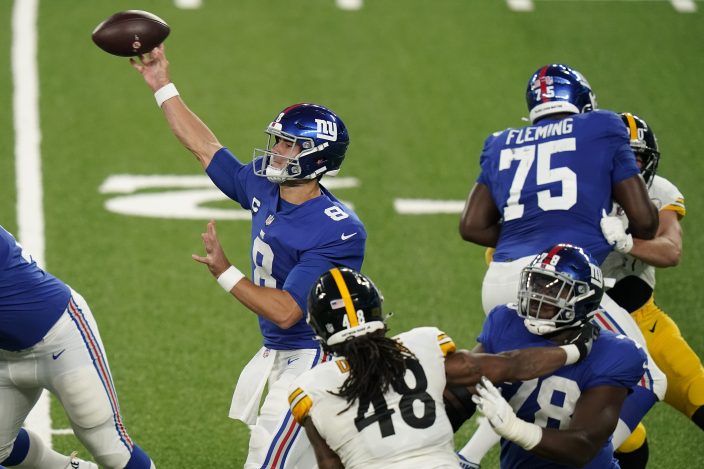 Gates said he spoke with Hernandez and the lineman, who has started every game since being drafted in 2018, was feeling good.

In the wake of the positive test, the Giants are having their players wear either masks or facial shields in practice and they are holding all team meetings virtually. 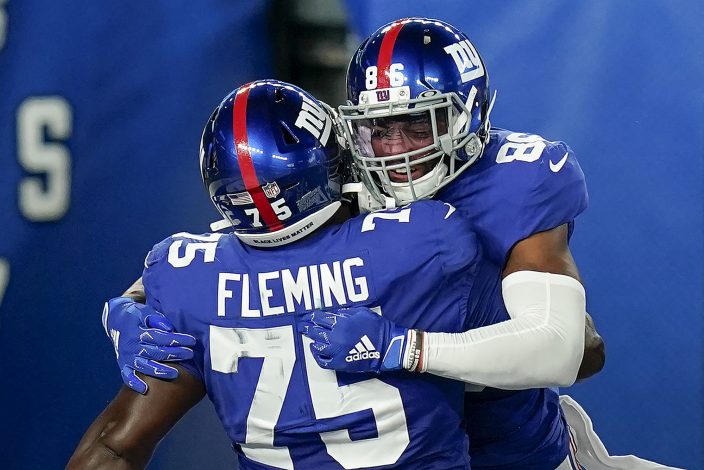 “I think he was born to block, so pretty good,” Judge said of Tomlinson's play. “He’s probably happy he can get a few more cheeseburgers on the diet.”

Offensive coordinator Jason Garrett said the coaches adjusted Thursday's practice, doing more 7-on-7 passing drills. The defensive linemen chipped in by handling some of the scout team duties against their fellow defenders.

“I think anytime as a football coach, you’re always thinking about contingency plans for any situation,” Garrett said. “I think all of us, in football and out of football, in 2020 are having to think about contingency situations. Yesterday was an up-close look at it for us as a coaching staff. Again, I thought our players responded well to it.”

Judge was hopeful on Thursday the linemen would return. Garrett said Friday was an important day.