The 21-year-old Tunisian behind the attack that killed three in a Nice, France, church had small-time run-ins with the law as a teen, but nothing that alerted Tunisian authorities to possible extremist leanings.

That missing red flag meant that when he eventually was served an expulsion order from Italy, which he reached illegally by boat, he was basically free to go where he pleased. So Ibrahim Issaoui then traveled apparently unimpeded to France.

Italy’s interior minister, Luciana Lamorgese, told The Associated Press on Friday that Issaoui had not set off warning bells with Tunisian authorities or intelligence services. She added that Italy’s overburdened repatriation centers had no place for him, despite agreements with Tunisia governing the return of citizens who don’t qualify for asylum in Italy. 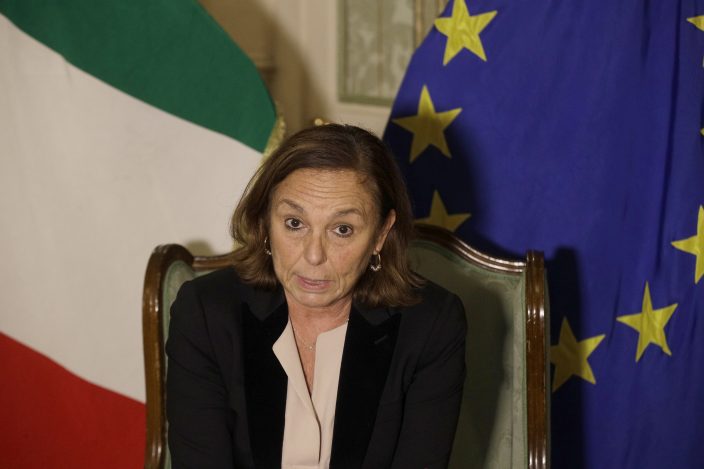 Italian Interior Minister Luciana Lamorgese answers journalists' question during an interview with the Associated Press at the Interior Ministry headquarters in Rome Friday, Oct. 30, 2020. Italy’s interior minister confirmed Friday that the suspect in Nice's attack was ordered to leave Italy on Oct. 9. Minister Luciana Lamorgese did not give further details on what, if any action, was taken to ensure the man complied with the order, but said he was not flagged by either Tunisian authorities nor by intelligence agencies. (AP PhotoGregorio Borgia)

“Obviously, we give precedence to people who are signaled by law enforcement or by Tunisian authorities,’’ Lamorgese said. “The number of spots are not infinite, and he could not therefore be placed inside a repatriation center.’’

The spokesperson for Tunisia’s anti-terrorism prosecutor’s office, Mohsen Dali, said Issaoui is not classified as being a terrorist element to the security and judicial authorities.

“During his teenage years, he was involved in common law cases for violence,” he said, without elaborating. 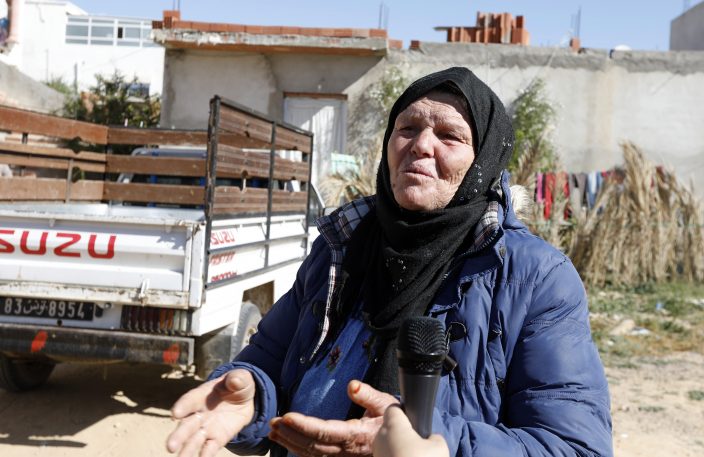 Gamra, the mother of the Nice attacker Ibrahim Issaoui gestures as she adresses reporters in Sfax, Tunisia, Friday, Oct. 30, 2020. The family of Ibrahim Issaoui expressed shock after he attacked a church in Nice and killed three people in what French and Tunisian authorities are investigating as a terrorist attack. Tunisian prosecutors say he had not been on their radar for radicalization before he fled with other migrants to the Italian island of Lampedusa in September, eventually making his way to Nice. (AP PhotoHelmy Ben Salah)

Issaoui’s mother told investigators that he led a normal life for someone of his age, Dali said. He drank alcohol and wore ordinary clothes. He started praying two years ago, but did not have any suspicious associates, he said.

According to Tunisian media, Issaoui grew up in a family of 10 children in Sfax, an important economic hub in southern Tunisia, and worked as a mechanic in a workshop for a monthly salary of 300 dinars (less than 100 euros). He then opened a vegetable stall in a shop that also sold gasoline illegally, Dali told the AP.

He decided on Sept. 14 to try to enter Italy illegally, having failed in a previous attempt. 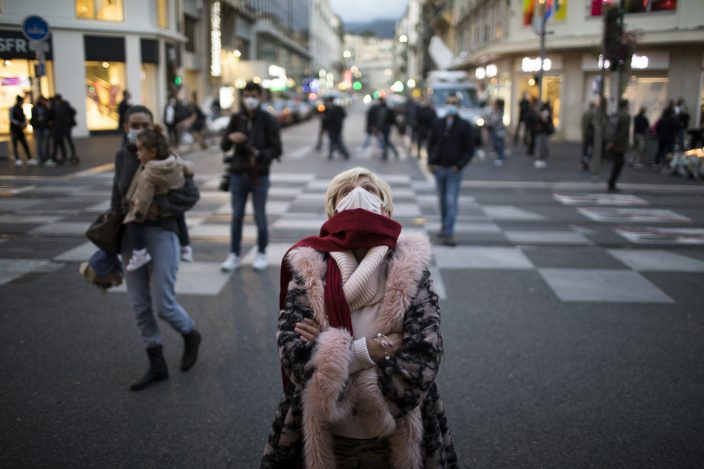 A woman pays respect to the victims in front of the Notre Dame church in Nice, France, Friday, Oct. 30, 2020. A new suspect is in custody in the investigation into a gruesome attack by a Tunisian man who killed three people in a French church. France heightened its security alert amid religious and geopolitical tensions around cartoons mocking the Muslim prophet. (AP PhotoDaniel Cole)

He arrived in Italy’s southernmost island of Lampedusa on Sept. 20, and was transferred to Puglia, where he was quarantined for the coronavirus on a ship with some 800 other migrants. His expulsion order was dated Oct. 9.

“Then we know he remained in Italy a few more days, then went on his way to France,’’ Lamorgese said, adding that it was not clear when he crossed the border. “The French border controls are very serious, but evidently this time he slipped through and managed to enter French territory."

He is believed to have traveled first to Paris, with Tunisian officials saying he arrived in Nice the day before the attack.

Gamra, the mother of the Nice attacker Ibrahim Issaoui, left, adresses reporters in Sfax, Tunisia, Friday, Oct. 30, 2020. The family of Ibrahim Issaoui expressed shock after he attacked a church in Nice and killed three people in what French and Tunisian authorities are investigating as a terrorist attack. Tunisian prosecutors say he had not been on their radar for radicalization before he fled with other migrants to the Italian island of Lampedusa in September, eventually making his way to Nice. (AP PhotoHelmy Ben Salah)

Authorities in both Italy and Tunisia are cooperating with France on the investigation.

More than 11,000 Tunisians have arrived in Italy this year, putting a major strain on the country’s ability to manage them. Lamorgese has traveled twice to Tunisia twice this year, winning agreements to send two flights a week with 40 Tunisians each.

But even so, Italy has only been able to repatriate 1,186 this year -- 1,032 since the most recent agreement in July. Lamorgese also noted that the country’s 10 repatriation centers hold citizens of many countries who do not accept their return at all.

Lamorgese has blamed the increase in Tunisian arrivals on the country’s socio-economic problems that have been exacerbated by COVID-19, and has offered Italian assistance to address them.

Tunisians typically have headed to France, where they might have friends or relatives -- although this appears not to have been the case for Issaoui, whose family said he knew no one there. During the Arab Spring protests in 2011, 28,000 Tunisians arrived in Italy and only 800 stayed, the interior minister noted.

Lamorgese, who has faced criticism from opposition politicians over the attacker’s trajectory through Italy, called for help from the rest of Europe in managing these flows, and for solidarity in the face of terrorism.

“I think we in Europe need to work together for the same goal, to defeat terrorism, because it can hit anyone, in any country,’’ Lamorgese said.

12 Grammy facts: BTS and Dr. Luke in, The Weeknd out

Twelve things worth noting about T ...

Trudeau: Canadians won't be among the first to get ...