As early voting breaks records across the U.S., political analysts and campaigns are reviewing reams of data on the voters, looking for clues to key questions: Who is voting? And who is winning?

One one level, the answers can be simple. Registered Democrats are outpacing registered Republicans significantly — by 14 percentage points — in states that are reporting voters' party affiliation, according to an Associated Press analysis of the early vote.

But that doesn't tell the whole story. Many Americans’ choices don’t align with their party registration. Meanwhile, polls show Republicans have heeded President Donald Trump's baseless warnings about mail voting, and large numbers intend to vote on Election Day. That means the early Democratic surge could give way to a Republican surge on Tuesday. 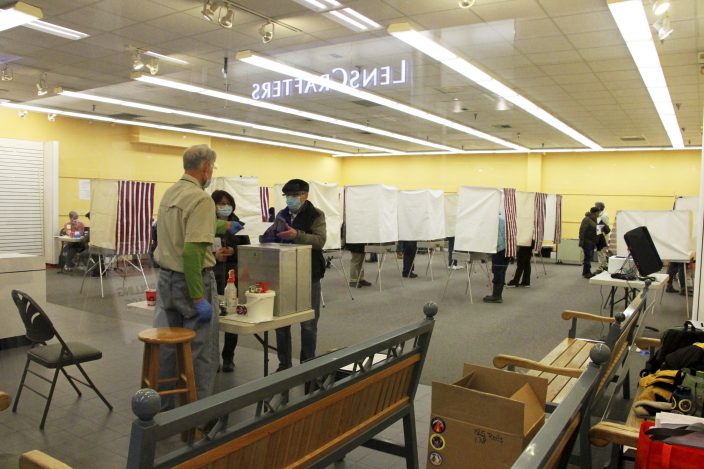 The picture is further clouded by the unprecedented nature of how Americans are voting. While Democrats are hungry for signs that key parts of their coalition — young voters, Black voters, new voters — are engaged, comparisons to 2016 are difficult.

Here's a closer look at what we know — and don't know — about early voters: 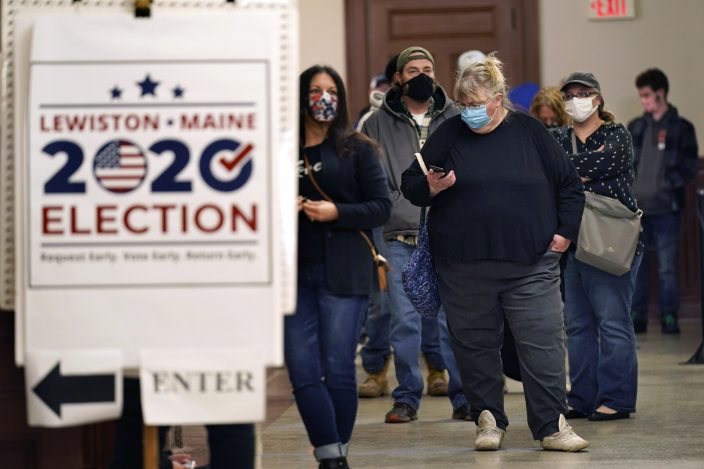 As of Friday morning, 81.3 million people had voted in the presidential election. That's 59% of the total who cast ballots in the 2016 race. Most election experts think the United States will see 150 million to 160 million ballots cast in 2020, which would mean that we are likely more than halfway through voting. In one state, Texas, more votes have already been cast than in all of 2016.

Democrats have a big lead in the early vote over the GOP — 47% to 33% — according to the AP analysis of data from the political data firm L2.

That doesn't mean Democrats are going to win. But it does increase the pressure on Republicans to have a similar advantage — or higher — on Election Day.

NEW VOTERS ARE SHOWING UP

The big turnout question in all elections is: Which side is bringing in new voters? The data shows Democrats are accomplishing that — but not necessarily as dramatically as some of the big overall numbers might suggest.

More than 1 out of 4 of all ballots — 27% — were cast either by new or infrequent voters, according to AP's analysis. Those are voters who have never voted before or voted in fewer than half of the elections in which they were eligible. It sounds like a big number, but it's not too much greater than past years. The Democratic data firm Catalist found that, in 2016, roughly one quarter of the electorate didn't vote in the previous presidential election.

Still, the number may well grow, as new and infrequent voters tend to vote close to, or on, Election Day. And even small increases in the tight battlegrounds can make a difference.

A rise in that number appears to be good news for Democrats. Forty-three percent of the infrequent and new voters are registered Democrats, compared to a quarter who are Republicans. The remaining third are registered as independents or with a minor party — a group that tends to favor Democratic candidates.

The voters are clustered in the Sunbelt, particularly in states such as Florida, North Carolina and especially Texas that Democrats hope to win by mobilizing large chunks of the electorate that sit out most contests.

"Democrats are already expanding their electorate,” said Tom Bonier of the Democratic data firm TargetSmart. “That would certainly appear to be favorable for Biden — to be taken with the caveat we’ve heard a million times before, that we don’t know how many other voters will come out on Election Day.”

Biden's fate may be tied to strong turnout among Black voters in the battleground states. So far, about 9% of the early vote has been cast by African-Americans, about on par with the 10% of the electorate Black voters made up in 2016, according to a Pew Research estimate of voters in that election.

Black voters are tracking closely with their share of the electorate in several battlegrounds. In North Carolina, they are 21% of both all early voters and all registered voters. In Georgia, they make up 30% of the early vote and 32% of registered voters.

A slight drop in Black voter turnout from the elevated numbers of 2008 and 2012 played a role in Democrats' 2016 loss, and the party and its supporters are watching carefully to see what happens this time.

The data so far is ambiguous. There’s been a surge in the older African-American vote. Black voters 65 and older are already one of the most reliable voting demographics, but according to TargetSmart data they have already surpassed their numbers in six key battlegrounds — Arizona, Florida, Georgia, Nevada, North Carolina and Texas.

At the same time, according to data from the Service Employees International Union, younger, less reliable Black voters comprise a larger share of the Black vote right now than in 2016. That’s a sign of greater engagement in the segment of the electorate that dropped off in 2016.

Organizers say Black voters are reeling from the pandemic and economic collapse, which have hit African-Americans hardest, and the country’s racial reckoning. That’s motivating them to overcome persistent obstacles to voting, said Mary Kay Henry, international president of the Service Employees International Union.

“Black and brown communities have faced these multiple crises,” Henry said. That’s stiffened their resolve to vote, she added.

As of Friday, AP's analysis showed 11.3% of early votes have been cast by voters between the ages of 18 and 29. That's up slightly from this point in 2016, when 9.6% of the early vote was cast by people under age 30, according to TargetSmart.

And in the Sunbelt battlegrounds of Florida, Georgia and North Carolina, young voters are turning out at a hefty rate of 30% or above, according to AP data.

That's again a good sign for Democrats, but a very preliminary one. Young voters lean Democratic, and when Democrats rush to the polls, it's not unexpected that their numbers would be higher.

Young voters showed up in never-before-seen levels in 2018, with 36% of those who were eligible participating, according to the U.S. Census. That helped Democrats win control of the House of Representatives.

Young voter advocates were concerned about the pandemic causing a sharp drop in voter registrations among 18- and 19-year-olds who just became eligible to vote.

However, young voters are still a larger share of the registered voter population in almost all states than they were in 2016, according to the Center for Information Research and Civic Learning and Engagement at Tufts University. That’s a reflection of both population growth and the increased registration that led to 2018.

Michael McDonald, a University of Florida professor who runs the site ElectProject.org and carefully tracks the early vote, cautioned against drawing too many conclusions from changes in the youth vote from 2016. “Youth turnout is up,” he said. “Everything’s up. That’s what happens when you have a high turnout election.”

WILL HIGH TURNOUT SWAY THE OUTCOME?

When all the votes are counted, the Trump campaign predicts that the turnout rate in battleground states in 2020 will be similar to in 2016.

“It is pretty predictable what they’ve brought into the electorate," Nick Trainer, the Trump campaign’s director of battleground strategy said of Democrats. “We will bring our own new voters into the electorate ourselves, and it will all come out in the washing machine.”

That's a sharp break from several election experts, who see signs in both the early vote numbers and polls of voter enthusiasm in battlegrounds.

John Couvillon, a Republican pollster who tracks the early vote, said the Trump campaign is being too dismissive. “I heard the same kind of attitude in 2008, when Republicans were in denial about the impressive early vote turnout Obama was generating," Couvillon said.

McDonald notes there's no way to know until Election Day.

However, he noted that, if turnout is low, that's not necessarily good news for Trump given the big early vote lead that Democrats have banked. It would mean the president's campaign would need to win Election Day by an even larger margin.