The Milwaukee Brewers have declined 2021 options on infielders Jedd Gyorko and Eric Sogard as well as outfielder Ben Gamel.

Gyorko and Sogard each had $4.5 million options and now instead become eligible for free agency. Gyorko gets a $1 million buyout and Sogard $500,000.

“Both of them were complete professionals and contributed a great deal to our culture this year,” Brewers general manager David Stearns said Friday. “Eric probably didn’t have the year he was hoping for. Jedd performed very well for us. And we all agreed to keep the lines of communication open and see how the offseason goes. I do think depending on how the offseason plays out, there could be interest in either or both returning.” 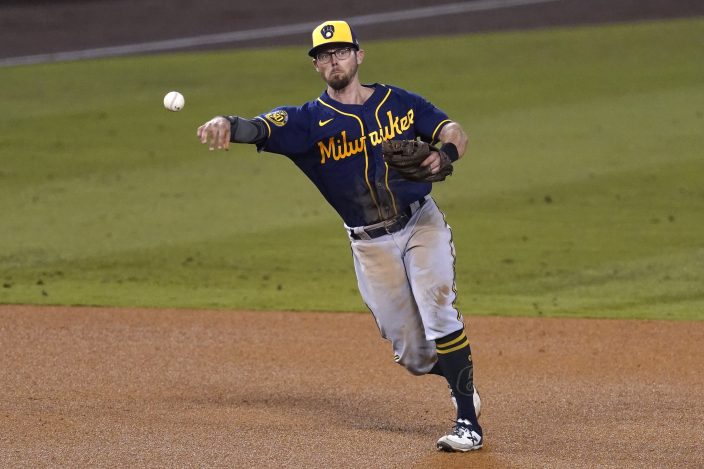 Gamel becomes eligible for salary arbitration after the Brewers declined a $2.55 million option.

The moves came one day after the Brewers declined a $15 million option on 2011 NL MVP Ryan Braun, whose 352 homers make him the franchise’s leader in that category. Braun, who is due a $4 million buyout, said during the season he was contemplating retirement.

Stearns said he spoke with Braun a couple of days ago but didn’t have any timetable on when the outfielder might make a decision about 2021. 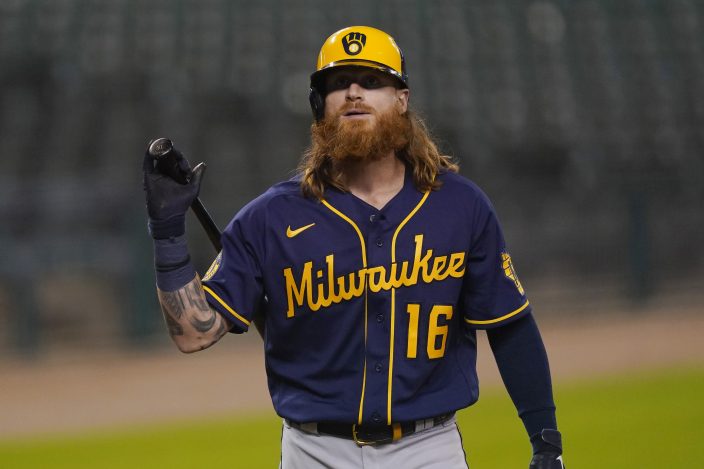 FILE - In this Sept. 8, 2020, file photo, Milwaukee Brewers' Ben Gamel walks back to the dugout after popping up with the bases loaded to end the ninth inning of a baseball game against the Detroit Tigers in Detroit. The Brewers have declined 2021 options on infielders Jedd Gyorko and Eric Sogard as well as outfielder Ben Gamel(AP PhotoCarlos Osorio, File)

“I think as we’ve said all along here, we’re in such a strange place in the world in general, and all of these decisions, especially a big decision like this one for Ryan, it deserves time,” Stearns said. “This is a very unusual year and he deserves time to decompress and spend time with his family, to see what the world looks like as we get into January, February, March. So the answer is we really don’t know and we might not know the answer for a while. And that’s OK.”

He played mostly against left-handers but became the Brewers’ primary first baseman by the end of the season.

“I think there’s a recognition that flexibility is important right now, and we don’t know what the next couple of months are going to look like,” Stearns said. “We don’t know what the environment is going to be as we do plan for a spring training in the 2021 season. So we have to remain flexible. And that desire for flexibility has likely contributed to some of the decisions we’ve seen throughout the industry over the last couple of days.”

Finau gets a call during Masters delay, from Tom Brady

Allan Saint-Maximin came off the b ...

The death of Prince Philip has lef ...