The Cleveland Indians have declined contract options on Brad Hand, first baseman Carlos Santana and outfielder Domingo Santana for next season, moves that cut $30.75 million from the team's projected 2021 payroll.

The club exercised its $5.5 million option for catcher Roberto Pérez, who has been exemplary in handling one of the AL's best pitching staffs. 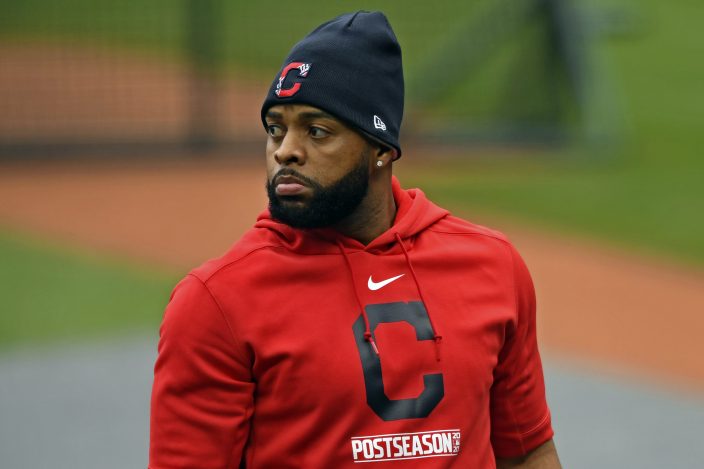 FILE- In this Sept. 29, 2020, file photo, Cleveland Indians' Carlos Santana exits the batting cage before Game 1 of an American League wild-card baseball series against the New York Yankees in Cleveland. The Cleveland Indians have declined contract options on Brad Hand and first baseman Carlos Santana for next season, decisions that will initially cut $27 million from the team's payroll. (AP PhotoDavid Dermer, File)

Cleveland previewed the hand Hand decision on Thursday, when the club placed him on outright waivers, hoping another team might claim him so they Indians would avoid the buyout.

Chris Antonetti, the team's president of baseball operations, had pointed toward the moves and a substantial cut in payroll earlier this month due to the team's financial hit caused by the COVID-19 pandemic. MLB teams were not permitted to have fans at game in 2020. 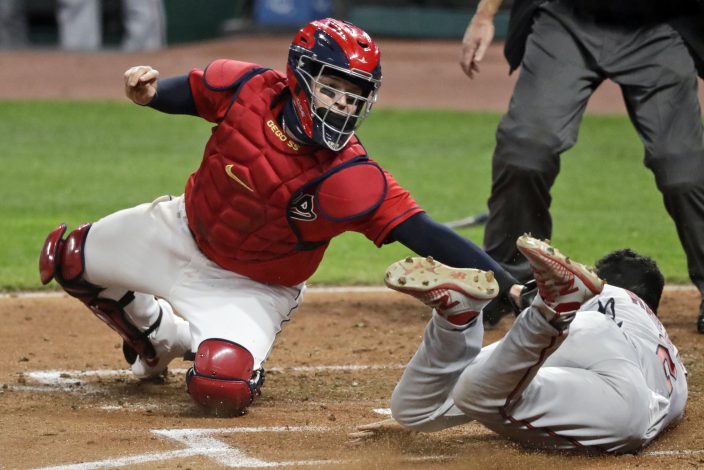 FILE - In this Aug. 24, 2020, file photo, Minnesota Twins' Luis Arraez, right, is tagged out by Cleveland Indians' Roberto Perez in the fifth inning in a baseball game in Cleveland. The Indians will exercise the $5.5 million contract in 2021 for catcher Roberto Perez, who has been exemplary in handling one of the AL's best pitching staffs. (AP PhotoTony Dejak, File)

Carlos Santana struggled in his second season back in Cleveland after leaving as a free agent in 2018. The switch-hitter batted a career-low .199 with eight homers and 30 RBIs in 60 games.