“If you’re serious about it, don’t just talk about it — act on it,” Harrison said of Graham's purported inaction. 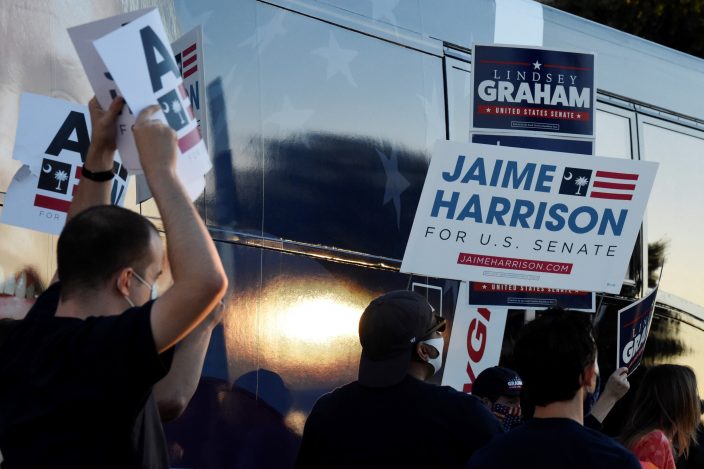 Harrison, an associate Democratic National Committee chairman and former lobbyist, is Graham's most stalwart general election opponent to date. A fundraising powerhouse, the Democrat has amassed a war chest of more than $100 million, skyrocketing past previous Senate fundraising records and blanketing the state with advertising and mailers.

Graham has acknowledged the toughness of the race, which some polls have shown as neck-and-neck, although the Republican has raked in cash of his own. Raising about $67 million, Graham's third-quarter haul of $28 million represented a quarterly record for any GOP Senate candidate. 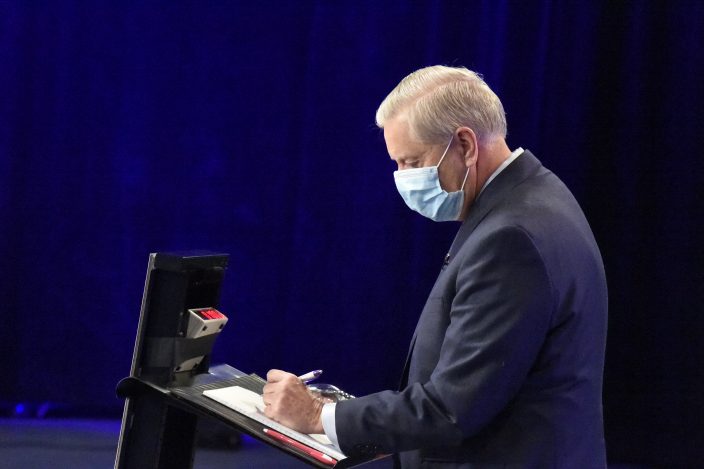 There was an undercurrent throughout the race over the battle to confirm Justice Amy Coney Barrett to the U.S. Supreme Court, a contentious process Graham oversaw as Senate Judiciary Committee chairman. The process kept him in the national spotlight for weeks during televised hearings and media appearances to discuss the process.

Harrison has also highlighted Graham’s previous opposition to election-year high court nominations. Arguing that “elections have consequences,” Graham has said that he felt certain Democrats would do the same if given the chance. 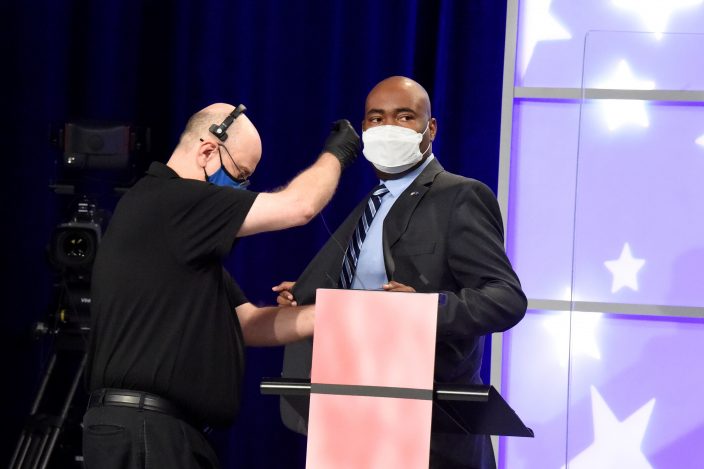 Democratic challenger Jaime Harrison, right, is fitted for a microphone before a debate with U.S. Sen. Lindsey Graham of South Carolina on Friday, Oct. 30, 2020, in Columbia, S.C. (AP PhotoMeg Kinnard)

“If everybody behaved like Sen. Graham, we wouldn’t have the mess that we have today,” Graham said, of the partisan squabbling over Barrett's nomination.

As he has when asked by reporters for weeks, Harrison also refused to outright answer if he would have supported Barrett's nomination had he been in the Senate during her confirmation, ignoring repeated attempts by Graham to get an answer. 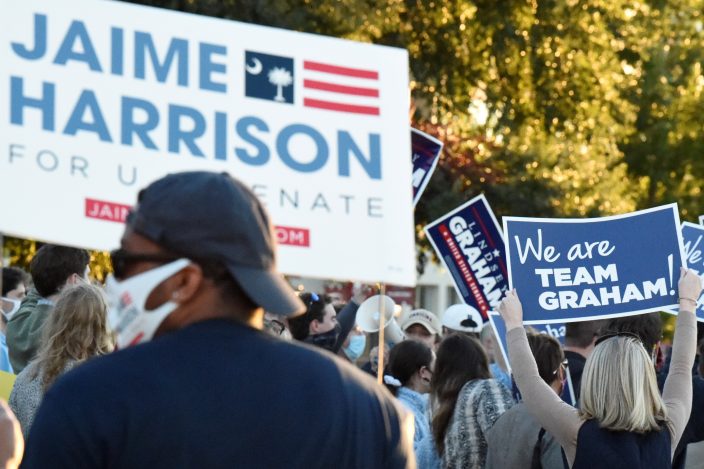 The candidates also sparred over health care, including legislation of which Graham has been a part that would repeal the structure of the Affordable Care Act, replacing it with an annual block grant given to states.

“I would replace Obamacare with something better for South Carolina,” Graham said, advocating for expanded broadband to beef up telemedicine, and saying that, like other Democrats' plans, “When it comes to Mr. Harrison, there's no limit on spending.”

Noting that he grew up receiving Medicaid assistance, Harrison argued that lack of expansion of the program has led to rural hospital closures in South Carolina, adding, “No wonder our maternal mortality rates are so high.” 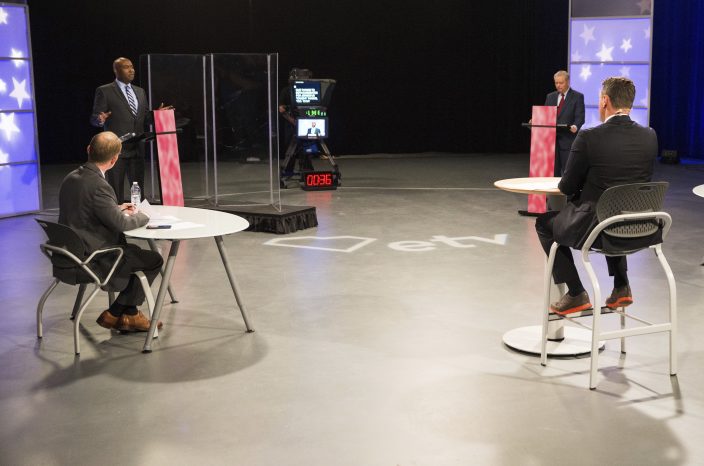 As he did when they debated earlier this month, Harrison brought a plexiglass divider, shielding his podium from Graham. Saying in the first debate he needed to guard his podium because of Graham’s recent exposure to other GOP senators who had recently tested positive for the virus, Harrison’s campaign didn’t immediately comment Friday when asked why he’d revived the partition, as it goes beyond federal guidelines of social distancing.

In its closing months, the tone of the contest has become more contentious, with sniping among the candidates and the groups supporting each of them intensifying. Harrison has used some of his copious cash to try to steer conservative voters toward Bill Bledsoe — a Constitution Party candidate who dropped out to endorse Graham, but whose name remains on ballots — in an attempt to cleave votes from the Republican.

Bledsoe has asked Harrison to “cease and desist” from what he calls dishonest “dirty tricks” advertising. 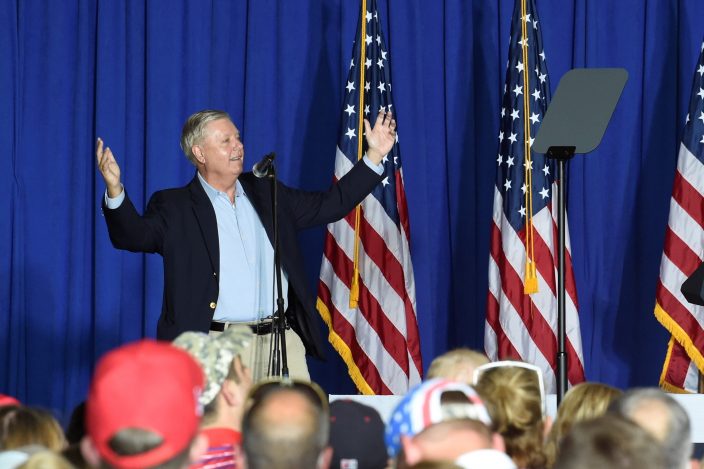 U.S. Sen. Lindsey Graham of South Carolina speaks ahead of an appearance by Vice President Mike Pence at a campaign rally on Tuesday, Oct. 27, 2020, in Greenville, S.C. (AP PhotoMeg Kinnard)

Harrison said “not at all” when asked Friday night if the effort amounted to political games, making an overt plea to voters to back him directly rather than Graham or Bledsoe.

“It started hopeful, ‘New South,’ and now it’s desperate, Mr. Harrison,” Graham said, referencing a phase Harrison has repeatedly used to describe his campaign. “This is the most manipulative, deceptive ad I’ve seen in South Carolina.” 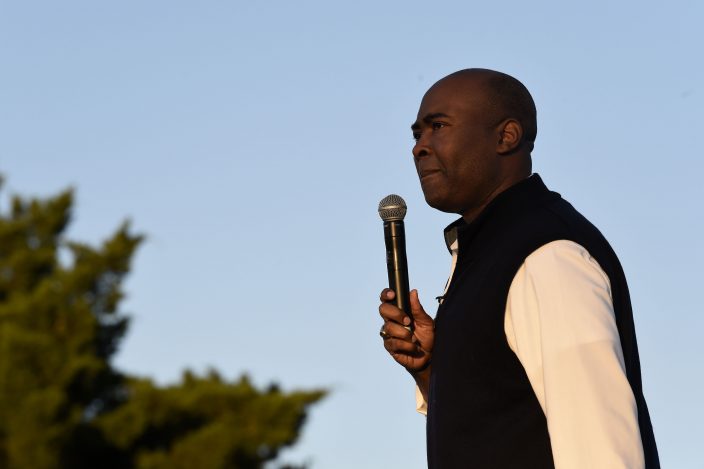 In October, SC's Graham rakes in $1M per day for Senate race

Harrison: Record $57M haul in US Senate race has been spent

COVID, courts sure to be among SC Senate debate topics