Grant Enfinger raced his way into the Truck Series championship round with a victory Friday night at Martinsville Speedway.

Enfinger entered the race in a must-win situation after an engine issue last week at Texas dropped him to sixth in the standings. He overcame 11 cautions and won a two-lap push to the finish for his fourth victory of the season.

“We knew we were going to have to take the gloves off and fight for this one,” Enfinger said. “We came in here with our back against the wall." 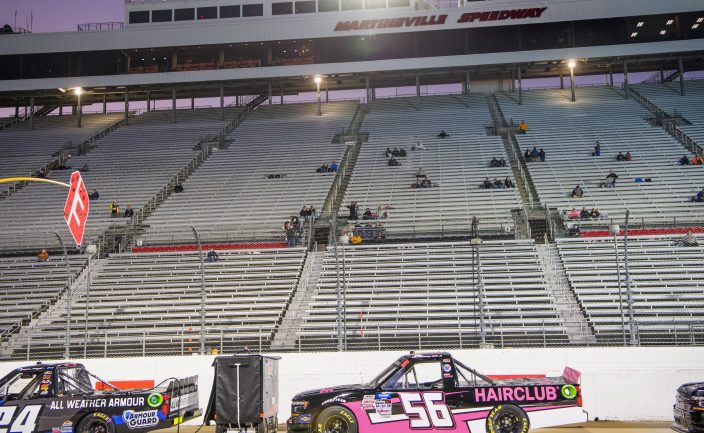 Some of the 1,000 fans allowed in for the NASCAR Truck Series auto race sit in the stands at Martinsville Speedway in Martinsville, Va., Friday, Oct. 30, 2020. (AP Photo Lee Luther Jr.)

Enfinger will race for the championship next week at Phoenix against Shelden Creed, Brett Moffitt, and Zane Smith, who finished third to claim the final slot in the title race.

Smith, a rookie, delivered in his first career national series race at Martinsville. NASCAR's oldest and shortest track is one of the most difficult on the circuit and known for aggressive racing and excessive bumping and banging.

“My first trip to Martinsville, everything I expected and more,” Smith said. “I had to play it safe all night. My team never gave up and that's why we're here.” 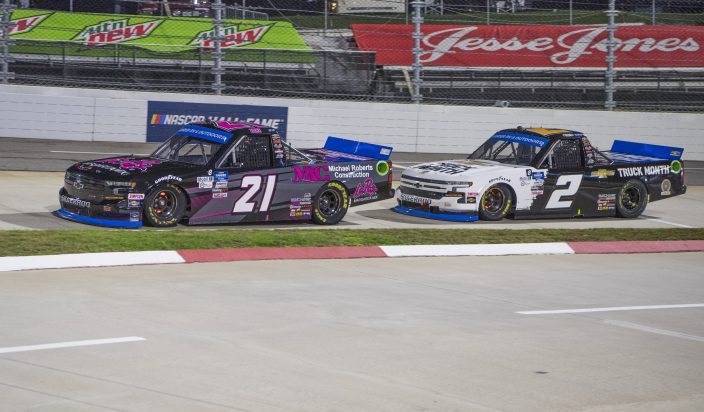 Reigning series champion Matt Crafton finished fifth but failed to advance to the final four. Crafton was aggravated by a late rash of cautions and the number of laps wasted after each yellow flag.

“That at the end of the race was pathetic,” Crafton said.

Regular-season champion Austin Hill was eliminated when his race ended early with an engine failure. Hill announced right before the race that he will return to Hattori Racing Enterprises for a third consecutive season in 2021.

“It's just frustrating to end your season on an engine failure like that,” Hill said. “We should definitely be in this final four. I can't even put into words what I'm feeling right now.”

Paris police under fire for forcing migrants from tent ...

With Ethiopia on brink of escalation, diplomacy in doub ...