This photo gallery highlights some of the most compelling images made or published in the past week by The Associated Press from around the world.

Residents wearing masks to prevent the spread of the coronavirus ride motorcycle taxis as they negotiate a road flooded by Typhoon Molave in Pampanga province, northern Philippines on Monday, Oct. 26, 2020. The fast moving typhoon forced thousands of villagers to flee to safety in provinces. (AP PhotoAaron Favila) 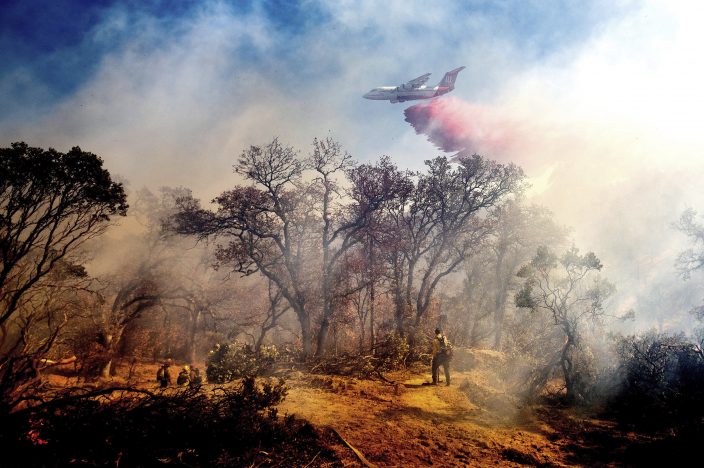 An air tanker drops retardant on the Olinda Fire in Anderson, Calif., Sunday, Oct. 25, 2020. The blaze was one of four fires burning near Redding that firefighters scrambled to stop as high winds buffeted Northern California. (AP PhotoNoah Berger) 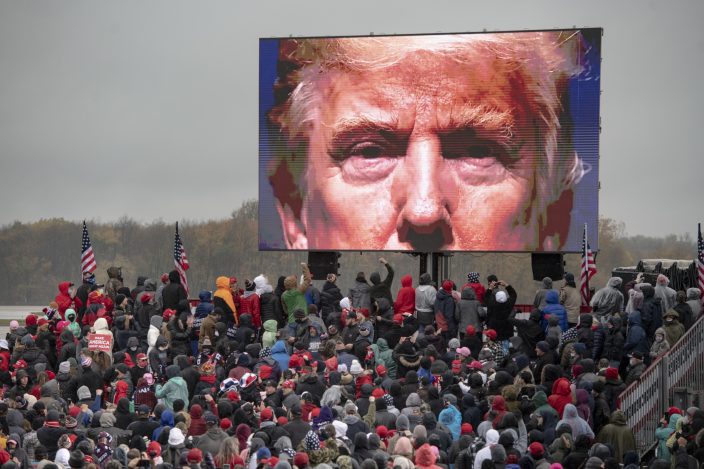 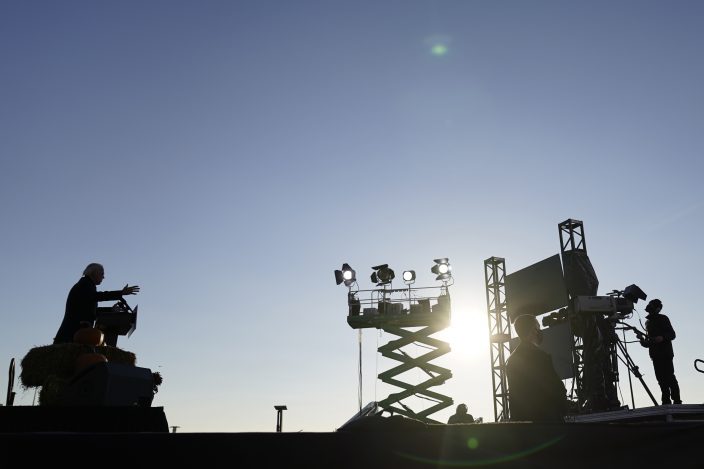 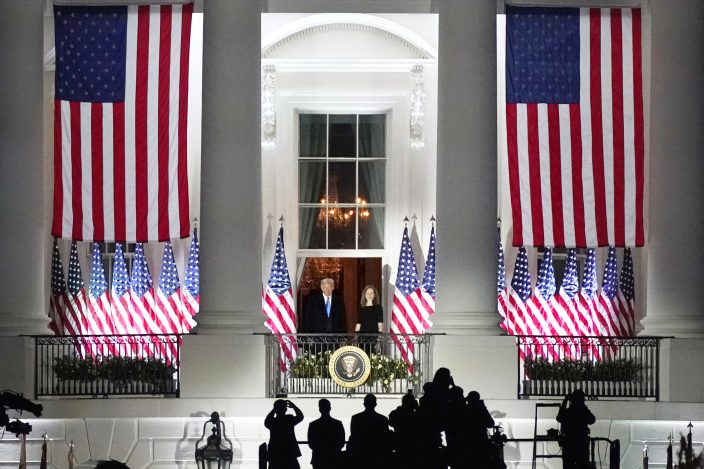 President Donald Trump and Amy Coney Barrett stand on the Blue Room Balcony after Supreme Court Justice Clarence Thomas administered the Constitutional Oath for her seat on the Supreme Court, on the South Lawn of the White House in Washington, Monday, Oct. 26, 2020. (AP PhotoCarolyn Kaster) 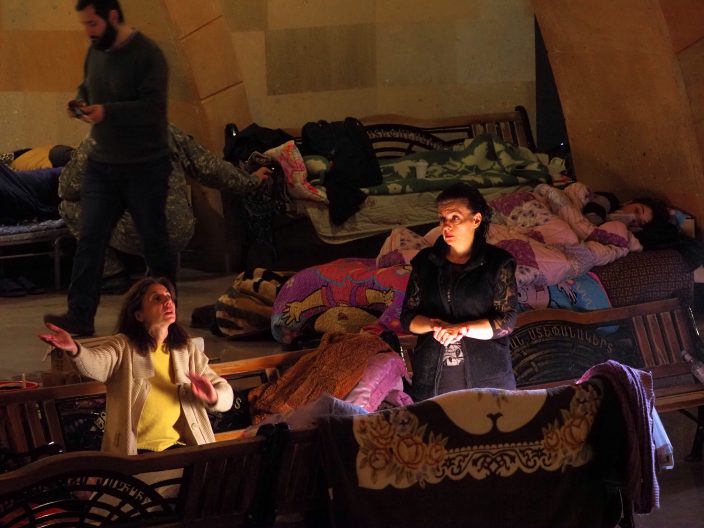 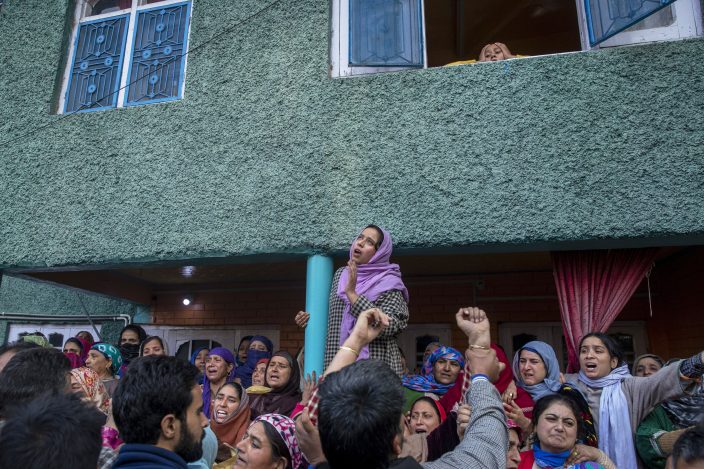 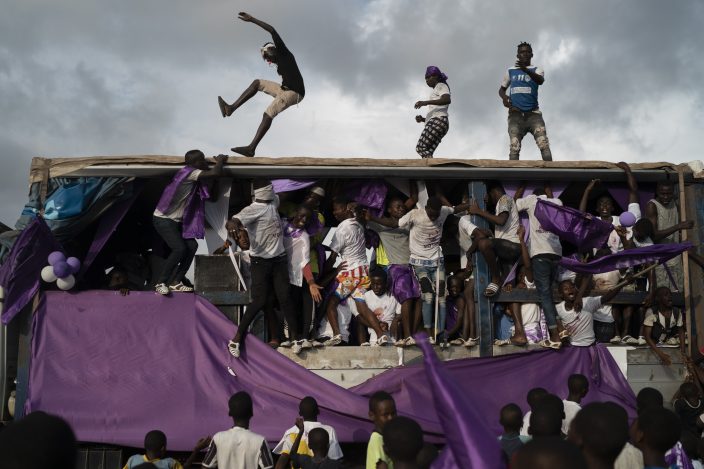 Supporters of presidential candidate Kouadio Konan Bertin dance in and on a sound truck during the final campaign rally in Abidjan, Ivory Coast, Thursday, Oct. 29, 2020. Bertin, known as KKB, has presented his candidacy as an independent candidate for the upcoming Oct. 31 election, and said he would not join the boycott proposed by two main opponents of Ivory Coast President Alassane Ouattara. (AP PhotoLeo Correa) 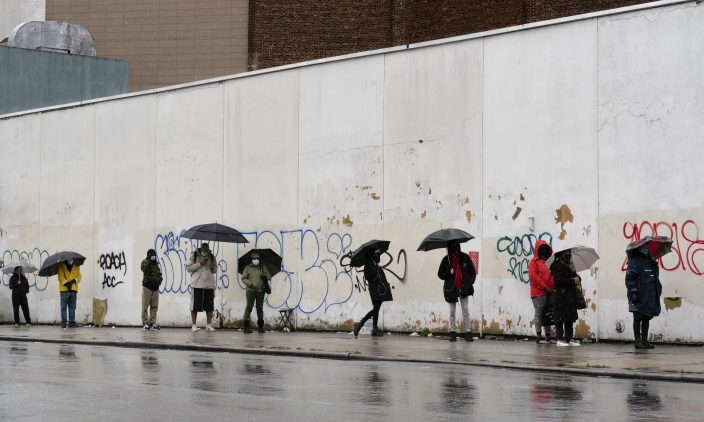 People under umbrellas practice social distancing as they line up for early voting, Friday, Oct. 30, 2020, in the Brooklyn borough of New York. The national election is Nov. 3. (AP PhotoMark Lennihan) A couple wearing face masks to help curb the spread of the coronavirus embrace each other on an elevator as they exit a subway station with commuters during the morning rush hour in Beijing, Thursday, Oct. 29, 2020. (AP PhotoAndy Wong)