In an interview published Saturday in Dutch daily De Telegraaf, Rutte confirmed that he will lead his People's Party for Freedom and Democracy into the next national election on March 17. 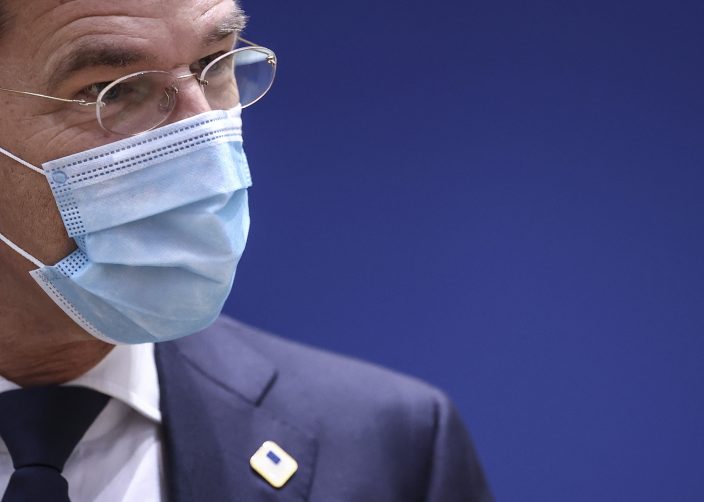 Dutch Prime Minister Mark Rutte wears a protective face mask as he attends a round table meeting at an EU summit in Brussels, Friday, Oct. 16, 2020. European Union leaders meet for the second day of an EU summit, amid the worsening coronavirus pandemic, to discuss topics on foreign policy issues. (Kenzo Tribouillard, Pool via AP)

The conservative party, known by its Dutch acronym VVD, currently leads national polls and observers credit Rutte's steady leadership of the country over the past decade, as well as through the coronavirus pandemic, as the key reason for its popularity.

“Together we are currently facing an enormous ordeal with the virus. We are 17 million people trying to get over the mountain, with a map that only partially shows us the way,” he wrote. “I want to take the lead through this ordeal.”

Rutte, 53, first took office in 2010 and has led three governing coalitions. If his party, as polls suggest, wins the most seats in the March election, he will be first in line to attempt to form a new coalition and begin his fourth term. He currently leads a four-party center-right coalition.

His popularity rose in the early days of the coronavirus pandemic as he was perceived to have managed to balance public health demands with the need to mitigate the crippling economic fallout of the outbreak.