Gareth Bale soared into the air, connected with the ball and powered it into the net.

It's taken more than seven years but Bale was Tottenham's match-winner again. And it had only required three minutes on the field for the substitute to clinch a 2-1 victory over Brighton on Sunday.

“A bit of relief and a lot of happiness,” Bale said after being set up by Sergio Reguilon, who also switched from Real Madrid in September. “It's an incredible feeling, personally. Obviously you wish the fans were here to be able to celebrate.” 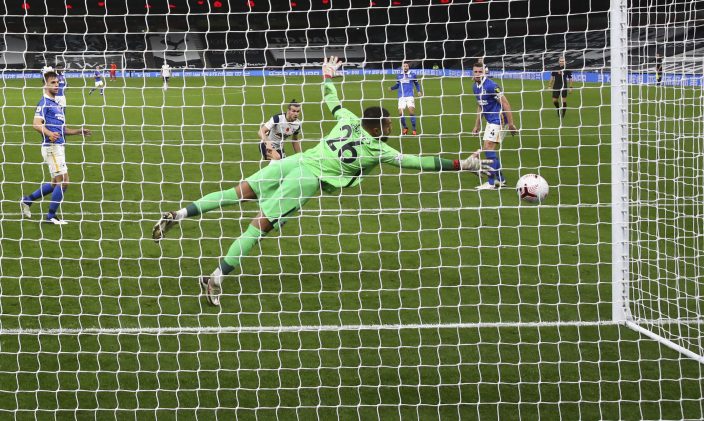 Apart from the empty stadium, due to ongoing pandemic restrictions, this was the type of moment Bale imagined producing on his return to Tottenham after seven years.

Not like the effective second debut two weeks ago when Bale came on — also with about 20 minutes remaining — only to be part of a side that collapsed 3-0 to draw 3-3 with West Ham.

A lead protected this time, Jose Mourinho's side climbed to second in the Premier League on the day his former club Manchester United lost 1-0 at home to Arsenal. 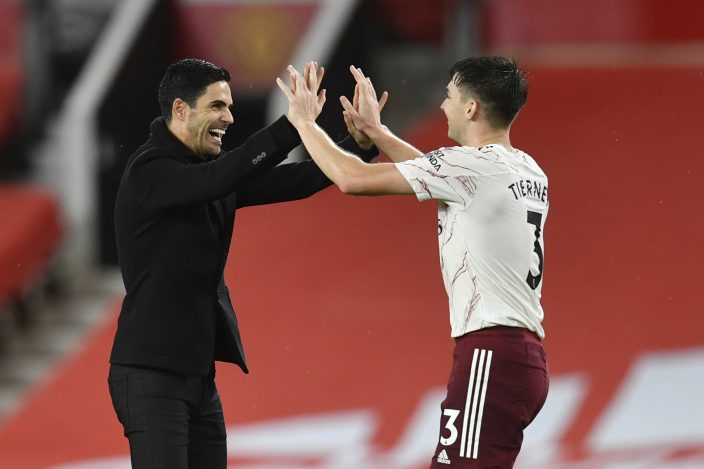 “It was massively important for us to get the confidence at home,” Bale said. “The team is coming on. We are learning from previous mistakes in the other games and keep fighting all the way.”

Bale, a four-time Champions League winner with Madrid whose relationship with the club and its fans deteriorated, is hoping to prove the critics wrong.

“He deserves that (goal),” Mourinho said. "When I have five minutes I am going ... to look at Madrid’s websites to see what they say.” 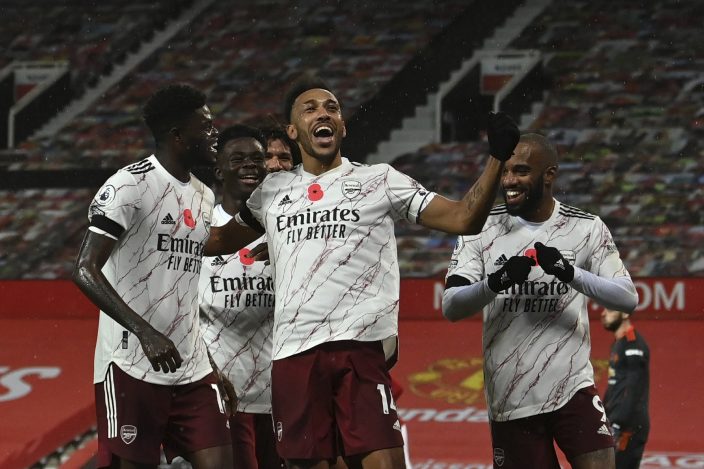 Bale ensured the night didn't end in refereeing frustration for Tottenham. While a VAR decision had allowed Harry Kane to score a 13th-minute penalty after being fouled by Adam Lallana, Brighton's equalizer from Tariq Lamptey was allowed to stand in the 56th despite a lengthy video referee.

Even referee Graham Scott went over to the pitchside monitor to assess Tottenham midfielder Pierre-Emile Hojbjerg being fouled by Solly March in the buildup but still allowed the goal to stand.

“He should explain, but I know that it is not going to happen,” Mourinho said. "So let’s move on and speak about a very difficult match that we won.”

A match that saw Tottenham win at home in the league for the first time this season after losing to Everton and then drawing with Newcastle and West Ham after conceding in stoppage time in both games.

While Arsenal celebrated its first league win at Old Trafford in 14 years — thanks to Pierre-Emerick Aubameyang's penalty — Manchester United is reeling from its worst start to a season in 48 years.

Only seven points have been collected from its first six games of the league season, with no wins at home for Ole Gunnar Solskjaer's 15th-place side

“First half we never turned up,” Solskjaer after his 100th match in charge of United. “The intensity, tempo wasn’t there, the shape."

Arsenal, though, is now only a point from the top four after recovering from losses to Manchester City and Leicester.

It is Southampton in fourth place after an impressive turnaround in the season. After opening with two losses — including a 5-2 collapse to Tottenham — Ralph Hasenhüttl's side has won four of its last five games.

A 4-0 lead had been built up by Jannik Vestergaard's header, captain James Ward-Prowse's double and a curling strike from Danny Ings.

It's not only Villa enduring a slump in form after a strong start. Everton's 2-1 defeat at Newcastle was its second consecutive loss after Callum Wilson scored twice.