Germany became the latest European country to embark on a partial shutdown Monday as authorities across the continent scramble to flatten a rapid rise in coronavirus infections that threatens to overwhelm their health care systems.

In parts of Europe, the new restrictions — which vary in strictness — are prompting sometimes violent protests by people frustrated at once again having to forgo freedoms. And the prospect of a second month-long lockdown is causing discontent even in Britain's governing party, which is proposing the measure.

In Germany, restaurants, bars, theaters, cinemas, gyms and other leisure facilities closed again Monday in a four-week “wave-breaker” shutdown that seeks to force daily new infections back down to manageable levels. Germans have been asked not to travel and hotels are barred from accommodating tourists. 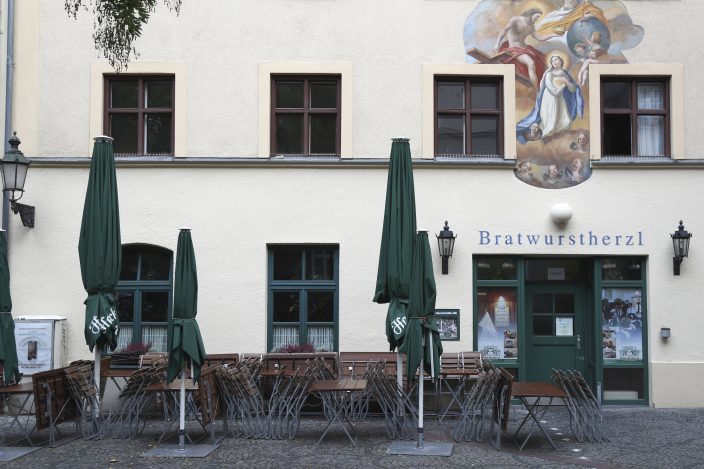 At present, German officials say they can't trace the source of three-quarters of new coronavirus cases. Health Minister Jens Spahn, who himself caught the virus, says he doesn't know where he was infected.

Spahn tweeted Monday that the number of COVID-19 patients in intensive care has tripled in Germany over the past two weeks, and “we must break this momentum, together and with determination.”

“We want to end the measures in this strictness at the end of November,” Chancellor Angela Merkel's chief of staff, Helge Braun, told RBB Inforadio. 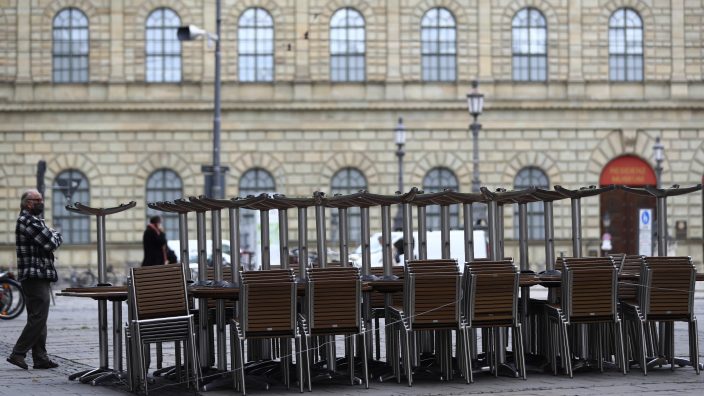 “This is also about enabling Christmas business for German companies, and Christmas celebrations with the family for all of us,” he added. “The stricter the measures, the quicker they work, so we decided on relatively strict measures.”

The new restrictions are still milder than the ones Germany imposed in the first phase of the pandemic in March and April. This time around, schools, kindergartens, non-essential shops and hairdressers are staying open. Officials will review the situation after two weeks.

England is headed for a tougher lockdown starting on Thursday, with non-essential shops and hairdressers closing for a month along with gyms and pools, and people allowed to leave home for only a short list of reasons including exercise. Domestic and international travel is also discouraged. 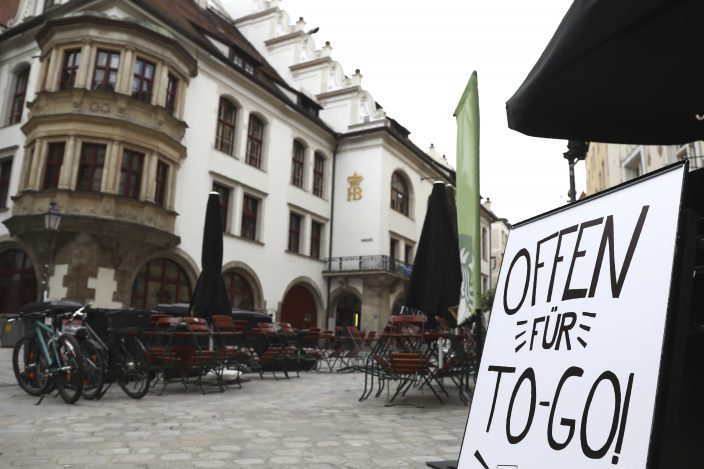 A sign reading 'open for to go' is fixed outside a restaurant at the famous traditional "Hofbraeuhaus' downtown in Munich, Germany, Monday, Nov. 2, 2020. A one month long partial lockdown becomes effective in Germany on Monday. (AP PhotoMatthias Schrader)

The new English lockdown is supposed to end on Dec. 2, but minister Michael Gove told Sky News on Sunday that couldn't be guaranteed "with a virus this malignant, and with its capacity to move so quickly.”

The plan needs lawmakers' approval. Prime Minister Boris Johnson is facing resistance from his own Conservative Party — who worry about its economic impact — though its passage is virtually assured by backing from the opposition Labour Party.

Austria is also introducing new restrictions this week. Starting Tuesday and until the end of November, restaurants and bars are being closed — as in Germany and England, except for deliveries and takeout — and cultural, sports and leisure activities canceled. Residents will be asked to stay home from 8 p.m. to 6 a.m., although they can go out to exercise or to work.

In Spain, lawmakers last week approved an extension until May 2021 of the country's state of emergency. The measure puts into place a national nightly curfew and allows regions to impose more localized restrictions, such as limiting movement outside city limits on weekends.

“These measures save lives,” Catalonia police chief Eduard Sallent said. “We are enforcing a measure that is meant to prevent deaths and the collapse of our health care system.”

Cabinet minister José Luis Escrivá told Antena 3 television Monday that “this kind of behavior is to be expected” as people grow weary of COVID-19 restrictions.

While cases have been rising and are well beyond governments' comfort zones across the continent, data from the European Center for Disease Prevention and Control show wide variations in the number of new cases per 100,000 residents reported over the past 14 days, with Germany's figure of 205.9 as of Sunday less than half those of Austria and the U.K. The country currently worst hit, Belgium, has just over 1,700 new cases per 100,000 people.

Overall, Europe has seen more than 250,000 confirmed virus-related deaths, according to a tally by Johns Hopkins University. Experts say all numbers understate the true toll of the pandemic due to missed cases, limited testing and other reasons.

Politicians across the continent have stressed that the success of new restrictions depends on the public getting behind them.

Announcing Austria's new measures, Chancellor Sebastian Kurz held out the prospect of a step-by-step reopening. But he said he was wary of making predictions for December “because we can't yet assess how strongly the population will support these measures and how strong the effect will be.”

Associated Press writers around Europe contributed to this report.