As two of the wealthiest and proudest clubs in Europe, Manchester United and Paris Saint-Germain expect to be contenders to win the Champions League.

Both lost their games in Group H on Wednesday after shambolic moments that left last season's finalist PSG at risk of failing to advance to the knockout rounds.

Man United’s 2-1 loss at Istanbul Başakşehir included a defensive lapse that gifted the Champions League newcomer its first-ever goal in the competition. 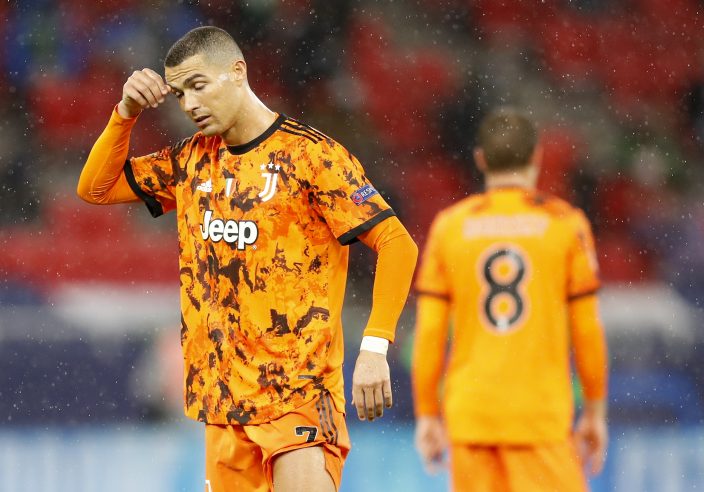 “It’s like Under-10s football,” United great Paul Scholes, working for British broadcaster BT Sport, said of leaving 35-year-old forward Demba Ba to run unchallenged from his own half and score when Başakşehir cleared the ball from a corner.

PSG finished its 2-1 loss at Leipzig with nine men after Idrissa Gueye and Presnel Kimpembe were sent off in the second half.

PSG had eased past Leipzig in last season’s semifinals in August, and a repeat looked possible Wednesday even without injured superstars Neymar and Kylian Mbappe. 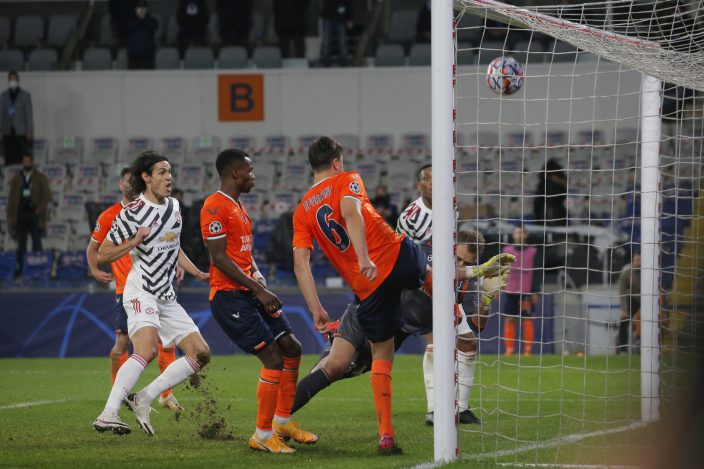 Angel Di Maria had given the French champion a sixth-minute lead but his penalty was saved 10 minutes later.

Leipzig’s win, sealed by Emil Forsberg's second-half penalty, added to a stunning week for Germany’s four clubs. Bayern Munich and Borussia Mönchengladbach each scored six in away wins on Tuesday.

Borussia Dortmund settled for just its three first-half goals -- two from Erling Haaland -- in a 3-0 win at Club Brugge. 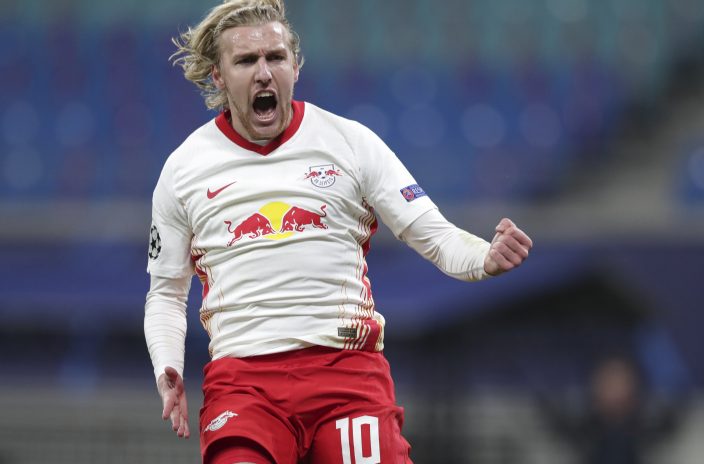 Barcelona’s German goalkeeper Marc-André ter Stegen made several excellent saves as his first game of the season was a 2-1 victory over Dynamo Kyiv.

Cristiano Ronaldo’s first Champions League game this season, after a COVID-19 infection, was an easy win for Juventus at Ferencvaros. After opening the Champions League with impressive wins at PSG and a rout of Leipzig at home, Man United was strongly favored to follow up at Istanbul Başakşehir. 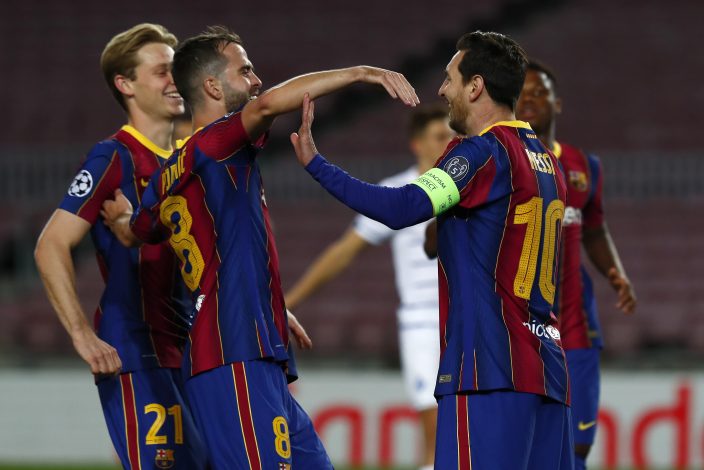 Anthony Martial’s header made it 2-1 before halftime and the three-time European champion was denied a stoppage-time leveler by defender Alexandru Epureanu;’s goalline clearance.

United still leads the group on six points, tied with Leipzig and three ahead of PSG. Başakşehir’s win was the first for any of the four Champions League debutants in this season’s competition.

Unlike PSG’s struggles, Barcelona and Juventus look well set to advance from their Group G.

Lionel Messi scored the penalty kick that he earned in the fifth minute as Barcelona threatened to overwhelm Dynamo Kyiv early in the game at an empty Camp Nou.

Returning after a knee injury, Ter Stegen made several fine saves to protect the lead before Gerard Piqué made it 2-0 in the 65th. Viktor Tsygankov scored Dynamo’s goal in the 75th.

Barcelona has a perfect nine points, three ahead of a Juventus team it beat 2-0 in Turin last week when Alvaro Morata had three goals disallowed for offside.

Morata scored twice in Juve’s 4-1 win in Budapest, before his replacement Paolo Dybala got Juve’s third.

Russia’s three teams are still searching for a first win after three rounds.

Krasnodar, in its first group-stage campaign, led 2-0 in the first half at Sevilla. Ivan Rakitic pulled one goal back before Sevilla captain Jesus Navas was sent off just before the break.

Sevilla still sealed a 3-2 comeback win when substitute Youssef En-Nesyri scored twice within three minutes midway through the second half.

Sevilla and Chelsea, the past two Europa League winners, are unbeaten and tied on seven points in Group E. Krasnodar and Rennes have a point each.

Dortmund leads the group on six points, one clear of Lazio, with Brugge another point behind in third. Zenit, the top-seeded team in Group F, is last.

Ferencvaros had the biggest attendance Wednesday, with 18,531 in the Puskas Arena -- Hungary’s national stadium -- for the visit of Juventus and Ronaldo.

Zenit had 17,427 in the 67,000-capacity Krestovsky Stadium, which hosts the final next season. Istanbul Başakşehir declared an official tally of 350 spectators.