The Browns activated quarterback Baker Mayfield from the COVID-19 list, clearing him to practice and play this week against Houston.

Mayfield had to isolate for several days after he had close contact with a staff member who tested positive for the coronavirus. The staffer has not been identified.

Cleveland placed Mayfield on the reserve/COVID-19 list on Sunday when the team was on its bye week. He was not allowed to be at the facility Monday and participated in team meetings virtually. 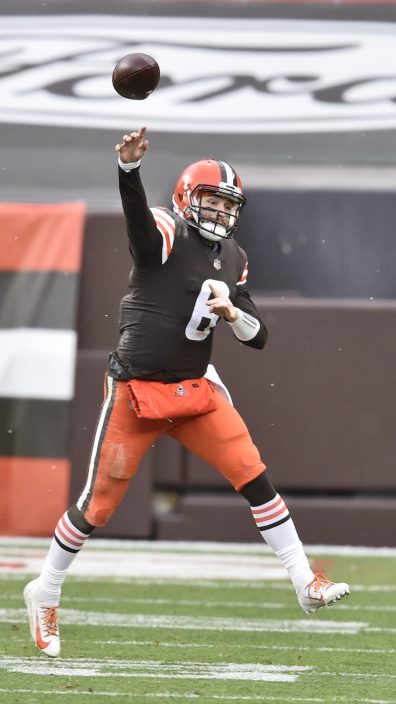 Mayfield is expected to practice Wednesday with the Browns (5-3), who reached the midway point of the season with a winning record for just the third time since 1999. They are trying to end an 18-year playoff drought, the league's longest.

Mayfield has thrown 15 touchdown passes and seven interceptions this season.

There has been a rise in coronavirus cases around the league recently. On Tuesday, the unbeaten Pittsburgh Steelers placed quarterback Ben Roethlisberger on the reserve/COVID-19 list. 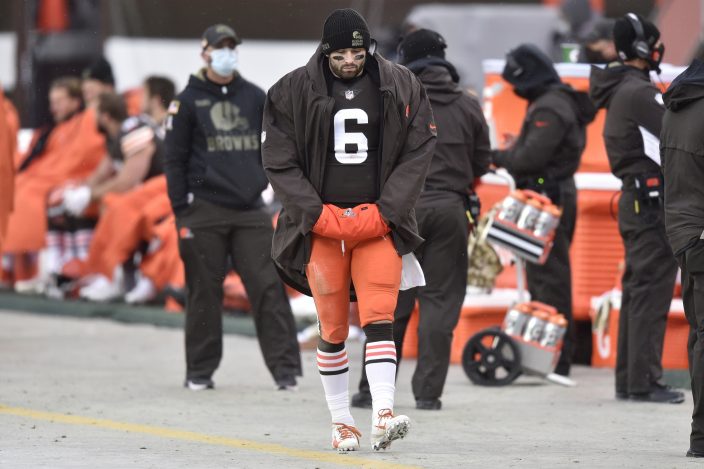 Cleveland Browns quarterback Baker Mayfield (6) walks on the sidelines during an NFL football game against the Las Vegas Raiders, Sunday, Nov. 1, 2020, in Cleveland. The Raiders won 16-6. The Cleveland Browns have placed quarterback Baker Mayfield on the ReserveCOVID-19 list after a staff member tested positive for the virus. The team, which is on a bye this week, released a statement Sunday, Nov. 8 saying it was notified on Saturday of the positive test. Mayfield is believed to have had close contact with the unidentified infected person. (AP PhotoDavid Richard)

Browns coach Kevin Stefanski said the team is following the league's mandated protocols closer than ever.

“At some points, there are going to be some unfortunate moments, but I can promise you all of our guys are being diligent about this,” Stefanski said. "No one, I can promise you, is flippant in any way about the rules, protocols, etc. All of us have to make sure that we stay on top of it.”

TV's growth is a boon for 'diverse voices ...