Aid group Doctors Without Borders is recruiting emergency help for French nursing homes, where more people with the coronavirus have died so far in November than reported in the previous five months combined, as a season of resurgent infections has caught up with France's most vulnerable populations.

The group, founded in Paris in 1971 and renowned for its work in impoverished or conflict-torn countries, issued an appeal this week for medics, psychologists and other volunteers to work in Paris region nursing homes. Known by its French acronym MSF, Doctors Without Borders also deployed emergency help in Europe earlier this year when the virus first hit.

MSF coordinator Olivia Gayraud said Wednesday on France-Info radio that the nursing home recruitment is focused on relieving over-stretched staff and isolated residents, noting that the group has “expertise in crisis management” and experience helping “populations whose lives and health are threatened.” 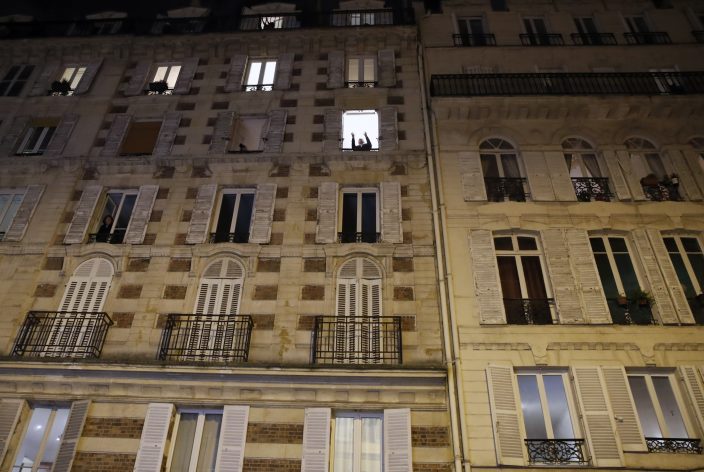 French tenor singer Stephane Senechal sings at dusk, the U.S. national anthem and Tosca of Puccini, from his apartment window during the monthlong partial lockdown to stop fast-rising virus hospitalizations and deaths, in Paris, Monday, Nov. 09, 2020. With more than 1.8 million infections since the start of the health crisis, France has Europe's highest cumulative total of recorded cases and the fourth-highest worldwide. (AP PhotoFrancois Mori)

Nursing homes are allowed to stay open under France’s current partial lockdown, unlike in the spring. But some facilities are again barring visitors and keeping residents in their rooms to protect the elderly as the virus claims more lives.

France is seeing a few signs of hope. The rise in confirmed infections nationwide has slowed in the past week, according to Tuesday night’s figures from the national health agency. But the country is still reporting tens of thousands of new cases daily and more than 400 cases weekly per 100,000 people. To date, France has the most confirmed cases of any country in Europe.

Meanwhile, the number of COVID-19 patients sent to French hospitals is showing signs of stabilizing this week, and some doctors have predicted that hospitalizations are nearing a peak and soon will start to subside. 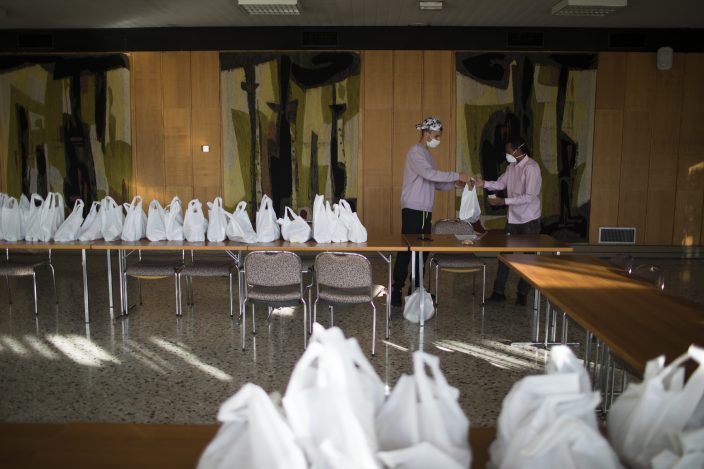 A food bank volunteer distributes food to a student at the Ai-Marseille University St. Jerome Campus in Marseille, southern France, Tuesday, Nov. 10, 2020. France counted 551 deaths linked to Covid-19 in hospitals in the last 24 hours, a record number since the start of the second wave of the virus sweeping across the country, France's health chief said Monday. (AP PhotoDaniel Cole)

Under France’s current lockdown, which lasts through at least Dec. 1, many businesses are closed but schools remain open. The prime minister is expected to speak to the nation Thursday to address the impact of the new confinement measures and possible changes.