Dust, dust and more dust. The parched Texas landscape of “Dreamland,” Miles Joris-Peyrafitte’s Depression-era drama, is chock full of the toxic gray stuff, which billows across fields and coats everything in sight.

And then bank robber Allison Wells, aka Margot Robbie, pops onto the screen like a bolt of electricity, or “a bat outta hell,” as one character says — all charisma and brassy sex appeal and old-style glamour. She’s bleeding and she’s dirty, but heck, she’s glamorous. Robbie has always come across as a genuine movie star, but placing her in the 1930s seems to seal the deal. Like the best of the Golden Age goddesses, Robbie can burn up the screen with a mere flash of her blue eyes.

Robbie's Allison, a fictional character, has obvious echoes of Bonnie Parker, the real-life outlaw played by Faye Dunaway in “Bonnie and Clyde.” Only here, her Clyde is gone; he’s been shot in the aftermath of their last heist, and Allison is all alone, wounded. 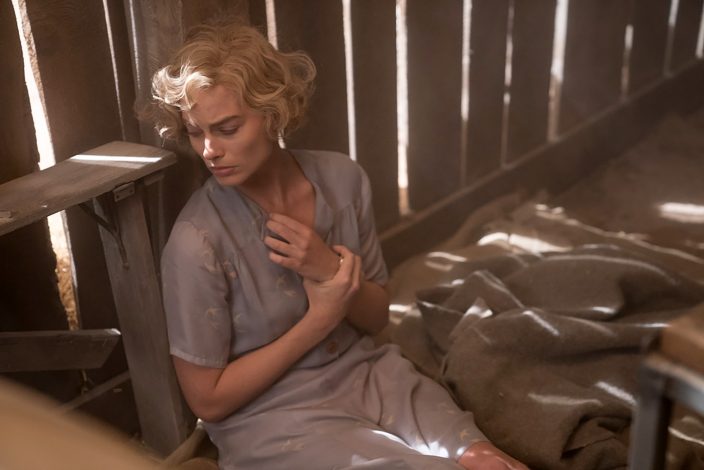 That’s where Eugene Evans (Finn Cole), the impressionable young man who falls under Allison’s spell, comes in. The story, in fact, is his — narrated by his younger half-sister, Phoebe, decades later. (She's played as a little girl by Darby Camp, sweet and spunky but not cloying.)

We learn that Eugene’s father abandoned him as a young boy, leaving him with a single postcard to read over and over, filling the youth's head with dreams of an eventual reunion in Mexico. Meanwhile, his mother's new husband is a hot-tempered sheriff’s deputy (Travis Fimmel ) who runs an oppressive household.

Life is precarious; the farmland has been decimated by a series of brutal dust storms. Eugene's dreary life is punctuated by an occasional thrill like stealing a detective magazine from a newsstand. One day he hears about Allison, whose latest heist has resulted in five deaths, including a young girl. There’s a $10,000 bounty on her head, and she may be hiding nearby, 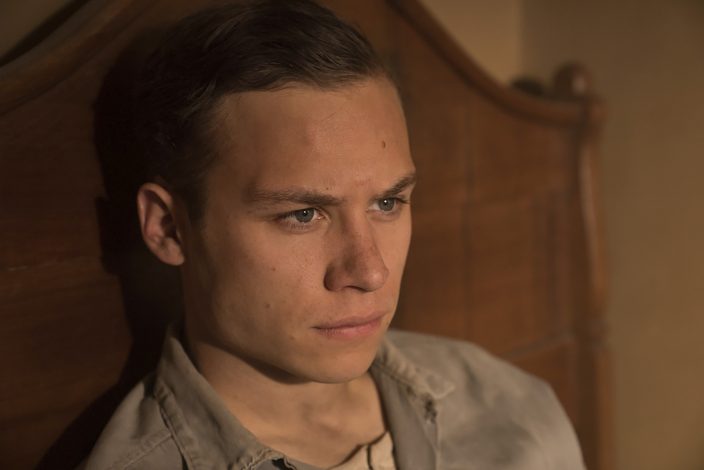 Soon after, Eugene finds Allison in his very own barn. It doesn’t take long for him to fall under her spell, and the essence of the film is this seduction. The story itself is unremarkable, even thin — there are no surprising twists or turns, no big lessons in the script by Nicolaas Zwart — but the relationship at its core is hugely entertaining to watch.

And it’s not just the always-impressive Robbie, who also produces the film; Cole is memorable, too, as a young man who struggles before our eyes not only between right and wrong or between lust and honor, but between youth and adulthood.

Also to be admired is the evocative period cinematography by Lyle Vincent — you can practically feel the dust smart in your eyes — and the sure-handed direction by Joris-Peyrafitte, all the more noteworthy in that it’s only his second feature and he’s still in his 20s. (At some point, his age won’t be an issue to mention, but not quite yet.) One of the director's most interesting decisions is to have Eugene’s reality appear in widescreen and his dream world in 8 mm film resembling home videos, showing Allison and Eugene in beachside frolics that may never happen.

But back to that barn, where Eugene makes the momentous decision not to turn Allison in and claim the money, which could save his family's farm. First, he pulls a bullet out of her leg. He hasn’t made the leap yet to joining her life of crime, to becoming her Clyde (Cole does, by the way, seem to resemble photos of the real Clyde).

Still, it’s clear where this is going. The final stage of the inevitable seduction takes place in a motel room shower, and it’s shot in a distinctive way: for most of the scene we only see Eugene.

The effect of this, one of the film’s standout scenes along with a vividly choreographed bank robbery and a beautifully rendered climactic confrontation, is to focus more intensively on the battle happening in Eugene's soul (and body.) At this point, he's already so in love with Allison that he seems more than willing to make himself accept her lies.

“I’m not a killer,” Allison keeps insisting. But even that rather dubious claim is not the real point. She is killing Eugene, before our eyes.

“Dreamland,” a Paramount release, has been rated R by the Motion Picture Association of America “for some violence, language and sexuality/nudity.” Running time: 98 minutes. Three stars out of four.