A look at what’s happening around European soccer on Tuesday:

Germany needs only a draw against Spain in their final Nations League Group 4 game to be sure of finishing top. However, Joachim Löw’s side is still not the finished article and could be in for a rude surprise. Löw has been tinkering with new call-ups and looking for players beyond his established Bayern Munich block but has been frustrated by stagnant play and uninspired performances. The fans’ apathy seems to be affecting the players on the pitch. Team manager Oliver Bierhoff said a “dark cloud” hung over the German team and only convincing performances could win back fans’ trust. The focus is on preparing for the postponed European Championship next year, with Germany looking far from capable of winning it. Leon Goretzka’s driving force carried Germany to a 3-1 win over coronavirus-weakened Ukraine on Saturday, but it was another lackluster showing. Spain was held to a surprise 1-1 draw with Switzerland, and captain Sergio Ramos will be keen to atone for missing two penalties in that game when he leads his team out in his hometown Seville. 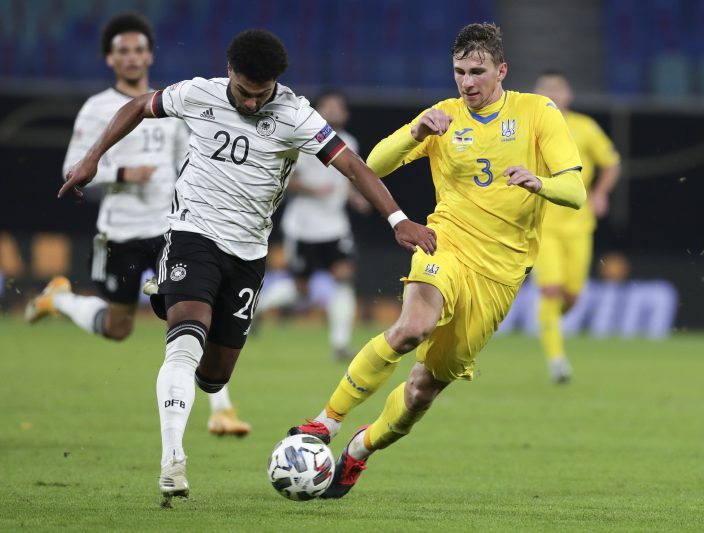 Cristiano Ronaldo's Portugal is out of contention in Group 3 after losing to France 1-0 at home, while Croatia is in danger of being demoted if it doesn't get a good result against the defending champions. Ronaldo is seven goals shy of the men’s national team record held by former Iran striker Ali Daei with his 109. 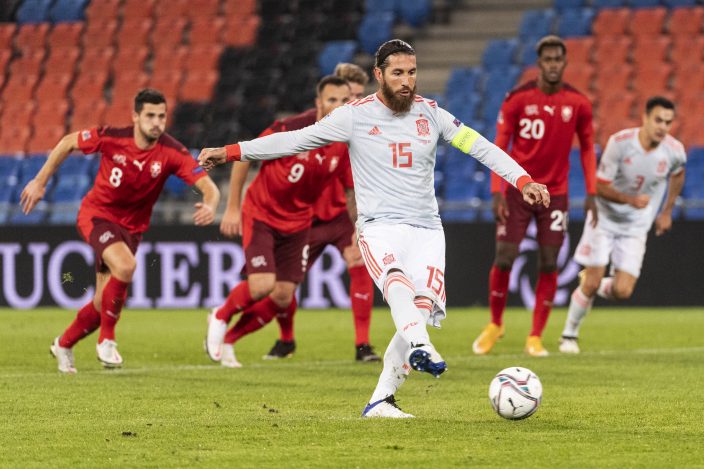 Already qualified for next year's Final Four following its 1-0 win at Portugal, France will likely continue to rotate after coach Didier Deschamps started 21 different players over the past two matches. The reigning world champion will be without the suspended N'Golo Kante while PSG striker Kylian Mbappe is expected to return. After beating Croatia 2-1, Sweden will be looking for a second consecutive win in its bid to avoid relegation from the Nations League top tier. 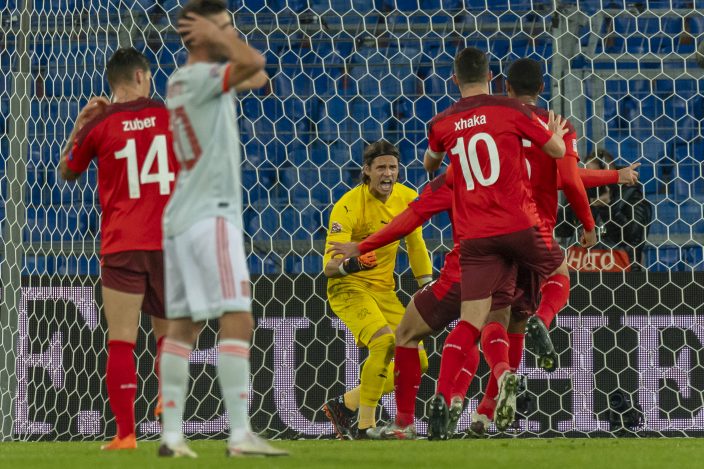 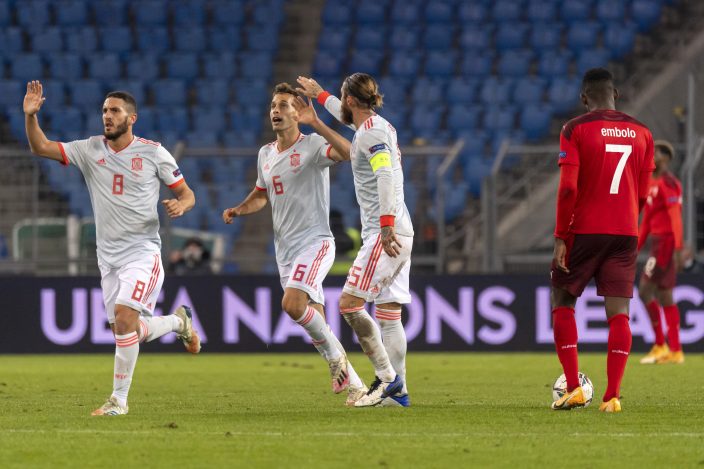 Spain's Koke, from left, Sergio Canales, and Sergio Ramos, cheer after the 1:1 score, during the UEFA Nations League soccer match between Switzerland and Spain at the St. Jakob-Park stadium in Basel, Switzerland, Saturday Nov. 14, 2020. (Georgios KefalasKeystone via AP)