Business leaders urged the British government on Tuesday to give them at least a week's notice over what restrictions they will face when the lockdown in England expires in early December.

With the four-week lockdown due to end on Dec. 2, businesses forced to shut during November are hoping they will be able to reopen to salvage something of what is for many the most important trading period of the year.

Under the terms of the lockdown in England, the country's hospitality sector, such as pubs, restaurants, golf courses, gyms, swimming pools and entertainment venues have had to close. Stores selling items deemed to be nonessential, such as books, clothing and sneakers, have also had to close though they can provide takeaway and online services. 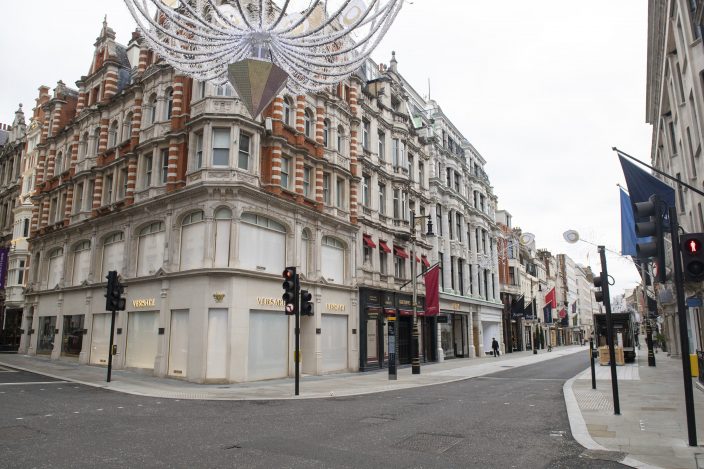 A general view of closed shops on an empty New Bond Street, as England continues a four week national lockdown to curb the spread of coronavirus, in London, Tuesday, Nov. 17, 2020. (Dominic LipinskiPA via AP)

The government has said it intends to revert to a localized approach when the lockdown ends, with areas still recording the most coronavirus infections facing the toughest restrictions. However, it has been reluctant to say what restrictions will be in place for any particular area.

Health Secretary Matt Hancock told lawmakers on Tuesday that “it’s too early to say exactly" what will happen on Dec. 3.

Before the national lockdown started in England on Nov. 5, there were three tiers of restrictions. The highest level included the closure of pubs that don't serve “main meals.” There's growing speculation that another level of tighter restrictions will be introduced that potentially keeps more sectors of the economy closed. 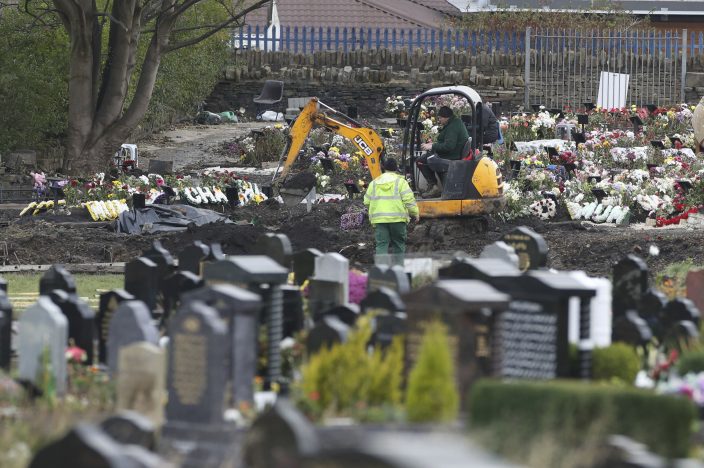 Workers use machinery to dig graves at the Scholemoor Cemetery and Crematorium, in Bradford, England, Monday Nov. 16, 2020. It has been reported that funeral services are struggling to keep up with the number of burials due to coronavirus. (Danny LawsonPA via AP)

Ralph Findlay, chief executive of the Marston's brewery, bemoaned a lack of communication from the government over the past couple of months as restrictions were tightened again, and urged it to not make the same mistakes now in the run-up to the lockdown's end.

“I don’t know what restrictions at this point I’ll be working to,” he told lawmakers on the Business, Energy and Industrial Strategy Select Committee.

"We need at least a week in order to plan what tier we are going into,” said Findlay, whose company operates 1,300 pubs in England.

Like other parts of Europe, the four nations of the U.K. have reimposed varying degrees of restrictions following a resurgence of the virus. There are some signs they are effective. However, the number of virus-related hospitalizations and deaths are set to continue to rise as there is a lag between someone falling ill and requiring health care. The U.K. has Europe's highest official virus-related death toll at 52,147.

Helen Dickinson, chief executive of the British Retail Consortium, said the social and economic impact of the latest lockdown has been “severe” and that many firms face going bust.

“The most important thing is that we have real clarity that that reopening goes ahead as planned," she said.

So far this year, she said 13,800 stores have had to close and that number will rise sharply if businesses can't open for Christmas, not least because the online and logistics capacity of most retailers is “close to capacity.”

Kate Nicholls, the chief executive for the UKHospitality lobby group, also noted that businesses in the sector are “far less resilient” now than they were going into the spring lockdown because many have already depleted their cash reserves.

She said that the sector has already shed 660,000 jobs this year and is now back in “intensive care" as it misses out on revenues during the “golden quarter” between Halloween and New Year's Eve.

There was one difference during ye ...

Vaccine rollout eases pressure on Bank of England to act

Another recession looms for UK economy as lockdowns bite