In July, fourth-grade teacher Susanne Michael was ecstatic as she celebrated the adoption of a former student from a troubled home and two of the girl's brothers. For the festivities, Michael dressed them and her other children in matching T-shirts that read “Gotcha FOREVER."

By October, the 47-year-old Jonesboro, Arkansas, woman was dead — one of an estimated nearly 300 school employees killed by the coronavirus in the U.S. since the outbreak took hold.

“She just basically would eat, sleep and drink teaching. She loved it,” said her husband, Keith Michael, who is now left to raise the three new additions, ages 3, 8 and 13, along with the couple’s two other children, 16 and 22. Keith Michael holds a photo on Friday, Nov. 13, 2020, in Jonesboro, Ark., of him and his wife, Susanne, a fourth-grade teacher who died from coronavirus. “She just basically would eat, sleep and drink teaching. She loved it,” said her husband. (AP PhotoAdrian Sainz)

Across the U.S., the deaths of educators have torn at the fabric of the school experience, taking the lives of teachers, principals, superintendents, coaches, a middle school secretary, a security guard. The losses have forced school boards to make hard decisions of whether to keep classrooms open and have left students and staff members grief-stricken.

Harrisburg Elementary, where Michael taught, remained open after her death, but 14 counselors descended on the school the next morning to help distraught students and teachers.

“I can honestly tell you now, none of us would have made the day if it were not for them,” Harrisburg School Superintendent Chris Ferrell recalled, choking up. 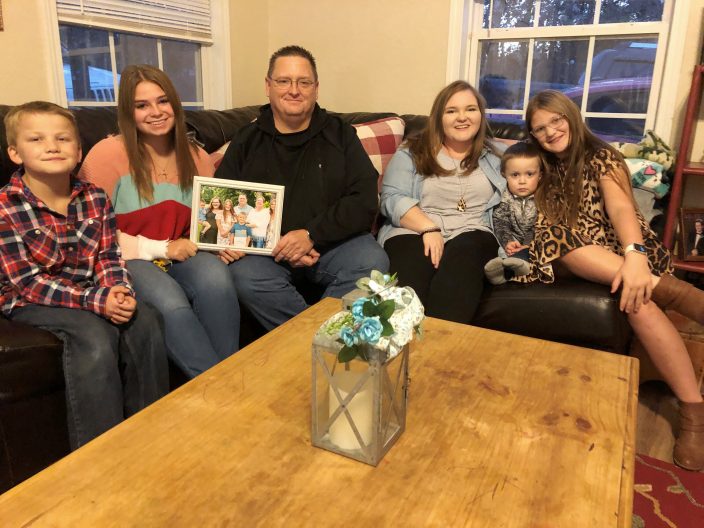 Keith Michael, third from left, sits on a sofa with his children, from left, Hunter, Jessica, Sara, Houston and Holly, at their home on Friday, Nov. 13, 2020, in Jonesboro, Ark. Among the victims of the coronavirus is Michael's wife, fourth-grade Arkansas teacher Susanne Michael, who died less than three months after celebrating the adoption of three of the children. (AP PhotoAdrian Sainz)

At home, Susanne Michael's death has been particularly hard for her toddler. “He will just point to the sky and say, ‘Mama is up there,'" her husband said.

His wife had diabetes, was a uterine cancer survivor and had just one kidney. Therein lies the main challenge of operating schools: While children generally have mild cases or no symptoms at all, about 1 in 4 of their teachers, or nearly 1.5 million of them, have a condition that raises their risk of getting seriously ill from the coronavirus, according to the Kaiser Family Foundation.

Early research suggested that children are unlikely to contract or spread the coronavirus — an idea that influenced school reopenings in some communities. But Laura Garabedian, a professor of population medicine at Harvard Medical School, said much of that research was conducted during lockdowns when children were home and testing wasn’t being done on those with mild or symptomless cases. 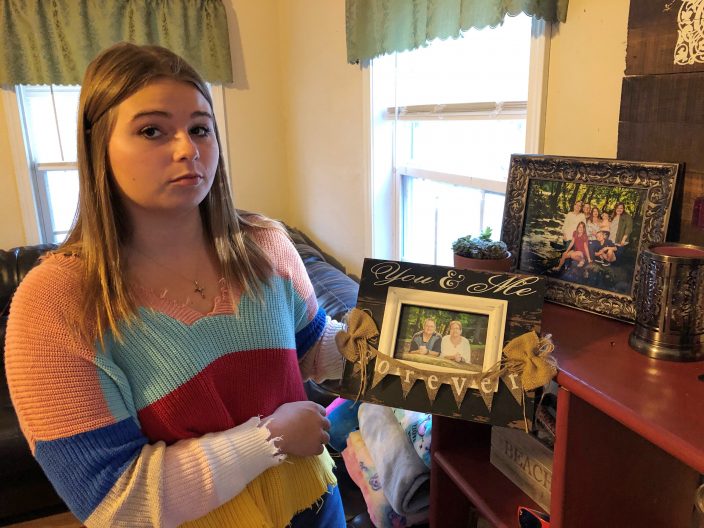 Jessica Michael holds a photo of her parents, Keith and Susanne Michael, while speaking at the family home on Friday, Nov. 13, 2020, in Jonesboro, Ark. Among the victims of the coronavirus is Jessica’s mother, a fourth-grade Arkansas teacher who died less than three months after celebrating the adoption of three children. (AP PhotoAdrian Sainz)

“I think the key question is whether being at school puts teachers at increased risk of getting COVID. I don’t think we know that,” she said. But she added: “There are kids who definitely transmit it, and we know that.”

With community spread rampant across much of the country and contact tracers overwhelmed, it is is often hard to tell where teachers are becoming infected.

When cases can be traced back to their source, it is often an informal gathering, a restaurant or a sporting event, not a classroom, said Emily Oster, a Brown University economics professor whose analysis of in-school infection data from all 50 states found that bringing students together in schools does not appear to be driving the spread. 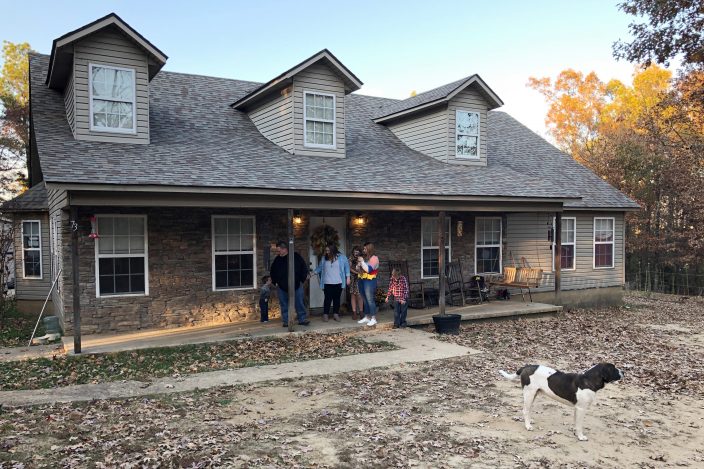 The Michael family gathers outside their home on Friday, Nov. 13, 2020, in Jonesboro, Ark. Among the victims of the coronavirus is Keith Michael's wife, fourth-grade Arkansas teacher Susanne Michael, who died less than three months after celebrating the adoption of three of the children. (AP PhotoAdrian Sainz)

“I don’t think anyone would claim that no one has gotten COVID at a school. That would be unrealistic," she said. “But in most of the cases we are seeing among people who are affiliated with schools, the actual case was not acquired at a school.”

Her database identified 17 cases per 100,000 students and 26 per 100,000 staff members as of Friday. She said the staff rate is slightly higher than the general rate in the community.

“There are people who would say if even one teacher acquires COVID at a school and dies, then it would not have been worth it to open schools," Oster said. “I think that argument is complicated because people are going to suffer tremendously from schools being closed, but that is a tricky calculus."

Keith Michael, who is the transportation supervisor for the city of Jonesboro, talked with his wife about the risk of returning to her school before classes started and suspects she might have been infected there.

Through the summer, his wife largely stayed at home, going out mainly to buy groceries. She worked diligently to space out desks in her classroom, according to her husband, though he added, "When you have a full classroom it is impossible to totally socially distance everyone."

Soon, she was coughing, feverish and vomiting violently. She spent nearly two weeks on a ventilator before a blood clot broke loose and killed her.

Her death was another blow to the newly adopted children, the oldest of whom, Holly, met Susanne Michael during a year in which the youngster often missed class to care for her baby brother. When welfare officials stepped in, the Michaels volunteered to become the girl's foster parents.

A social worker "showed up with Holly and the two brothers, and they said they were going to take them to two separate places," Keith Michael recalled. His wife, he said, "looked at me and I knew what she was fixin' to ask." The couple ended up taking all three children.

Randi Weingarten, president of the American Federation of Teachers, which has kept count of educators killed by the virus, said the stories “break your heart."

A district in Phoenix lost special education worker Nawaialoha Keli’imahiai Kalai to COVID-19 earlier this month and began its board meeting with a moment of silence before deciding to keep classrooms open. There, too, grief counselors provided support to children and staff members.

“I am devastated by the fact that remote education is not an effective substitute. And I want probably as much as anybody else to reopen school buildings for children," Weingarten said.

Capitol Police are investigating a ...