TARGETING CERTIFICATION: President Donald Trump’s scattershot effort to overturn President-elect Joe Biden’s victory is shifting toward obscure election boards that certify the vote as Trump and his allies seek to upend the electoral process, sow chaos and perpetuate unsubstantiated doubts about the count. The battle is centered in the battleground states that sealed Biden’s win. In Michigan, two Republican election officials in the state’s largest county initially refused to certify results despite no evidence of fraud, then backtracked and voted to certify and then flipped again and said they “remain opposed to certification.” In Arizona, officials are balking at signing off on vote tallies in a rural county. 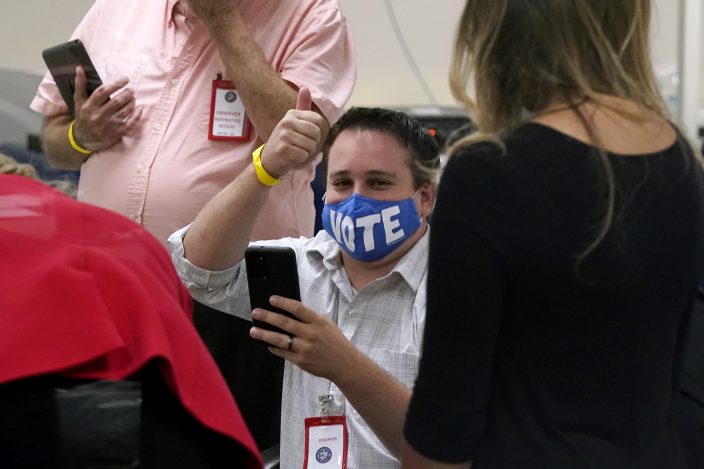 HISTORIC MARK: Biden’s winning tally is approaching a record 80 million votes. His total continues to rise as Democratic strongholds like California and New York process their remaining ballots. Biden will likely have won the White House by a greater margin than any other president this century other than Barack Obama in 2008. Biden is also on track to win the Electoral College with the same 306 votes that Trump described as a “landslide” victory in his own 2016 race against Hillary Clinton.

END GAME: Trump is trying to turn America’s free and fair election into a muddled mess of misinformation, specious legal claims and baseless attacks on the underpinnings of the nation’s democracy, an AP analysis finds. Trump’s blizzard of attacks on the election is allowing him to sow discontent and doubt among his most loyal supporters, leaving many with the false impression that he is the victim of fraudulent voting. The tactic could both undermine the new president’s efforts to unify a fractured nation and fuel Trump in his next endeavor.

TOO SOON? Georgia has fast become a stage for the cast of possible 2024 Republican presidential candidates after Trump’s defeat. Even as votes are still being tallied in the last election, Georgia’s two high-profile Senate contests in January are drawing top GOP politicians to the state to campaign, network and raise their profiles. Two senators from Florida, Marco Rubio and Rick Scott, have already visited. And Arkansas Sen. Tom Cotton and Vice President Mike Pence will be in the state on Friday. 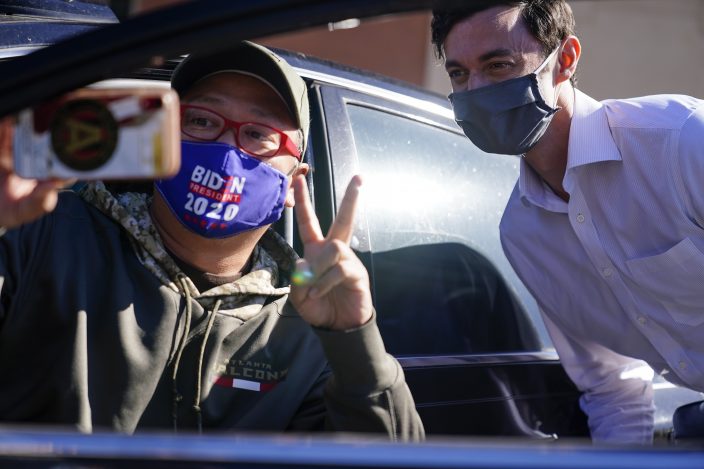 Georgia Democratic candidate for U.S. Senate Jon Ossoff, right, takes a selfie with a supporter during a drive-thru yard sign pick-up event on Wednesday, Nov. 18, 2020, in Marietta, Ga. Ossoff and Republican candidate for Senate Sen. David Perdue are in a runoff election for the Senate seat. (AP PhotoBrynn Anderson)

QUOTABLE: “This is all about maintaining his ego and visibility. He’s raising a lot of money, and he intends to use it.” — Judd Gregg, the former Republican governor and U.S. senator from New Hampshire, on Trump refusing to concede the election. 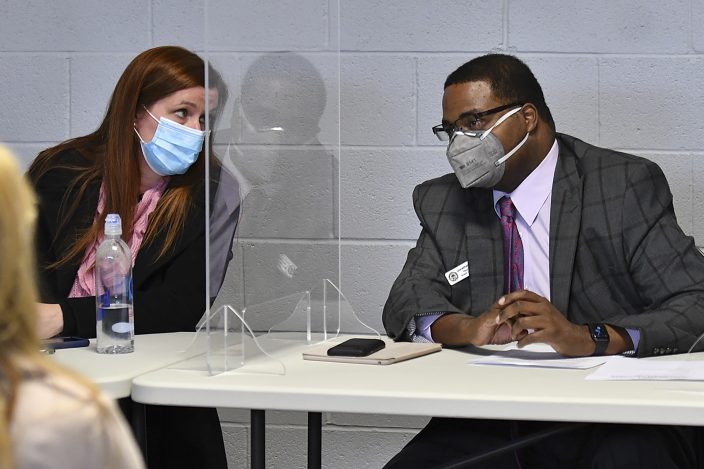 Trump pushes new environmental rollbacks on way out the door

America’s bellwethers crumbled in aligning with Trump in ’20