Given Jack Grealish’s status as English soccer’s new superstar, it's strange how reluctant national team coach Gareth Southgate was to place his trust in a midfielder many are now understandably comparing to Paul Gascoigne.

The same can be said of the country’s top clubs, who all spurned a chance to sign Grealish this offseason when the opportunity was there. They’ve missed a big open goal.

After scoring the goal on the final day of last season that preserved Aston Villa’s place in the Premier League, the 25-year-old Grealish acknowledged he was 50-50 about whether he would stay at a boyhood club he was starting to outgrow. 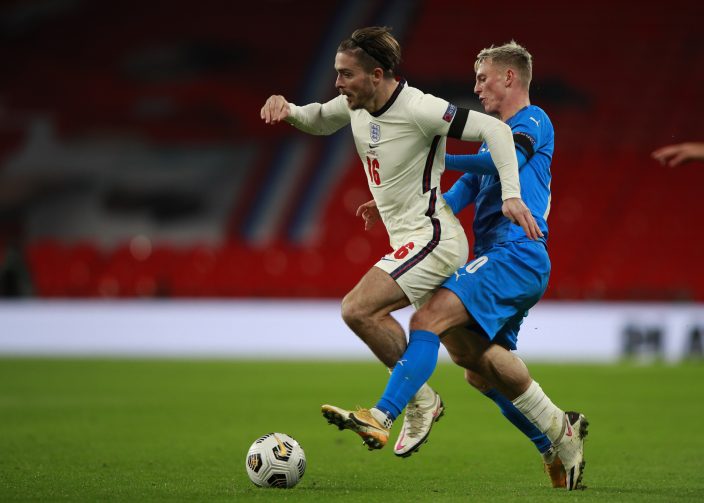 Manchester United was strongly linked with him. So, too, Manchester City, whose manager — Pep Guardiola — had called Grealish one of the best players in the league. Chelsea was in the market for attacking midfielders as part of a spending spree that would reach almost $300 million ahead of this season. Tottenham has long admired the player and came close to signing him in 2018.

Yet no team made the leap, despite the overall outlay by Premier League teams stretching to more than 1.2 billion pounds ($1.56 billion) in the transfer window amid a pandemic.

Grealish stayed — ultimately signing a new five-year deal — and has stepped up a level, to the extent that he might be the best-performing player in the league this season. Playing on the left of a front three at Villa, with a license to roam, Grealish has scored four goals and is second only to Harry Kane in assists, with five. He has had the third most shots, created the fourth most chances, and is second only to Mohamed Salah for penalty-area touches among all players in the league. Villa has played one fewer match then most teams, too, having not played the opening weekend.

Grealish, who is easily recognizable with his swept-back hair and bulging calf muscles, carries the ball arguably better than any other midfielder in England, with such pace and directness that it is no surprise he is constantly fouled. Look at the way Hector Bellerin bounced off Grealish in the build-up to Villa's final goal in a 3-0 win at Arsenal before the most recent international break.

Hence the comparisons with Gascoigne, the enigmatic central midfielder who helped England to the semifinals of the World Cup in 1990 and the European Championship in 1996.

“I thrive off those kind of comparisons,” Grealish said. “I love Gazza. I’ve watched his documentary on Netflix about a million times. I love his character on the pitch and off the pitch. I loved the way he played football with such freedom and such joy.

“You hear so many people speak about him and say he was just a joy to watch, and I think that is the biggest compliment that you can have really. When people say to me, ‘It is just a joy to watch you,’ it makes me happy because that is what I want to do. I just want to entertain people.”

Grealish was speaking after his man-of-the-match performance for England against Iceland on Wednesday, when he started for the third straight game in this international break. He was one of only two players to do so.

Suddenly, he is integral to England’s cause, after only being handed his debut in September as a substitute against Denmark. Southgate had previously ignored the widespread clamor to call up Grealish but that was never going to last, and the England coach this week compared the midfielder’s importance to that of Kane and Raheem Sterling.

“I think he’ll be able to handle the attention because he’s a player that thrives under that pressure,” Southgate said. “He’s got great courage with the ball, so I don’t think that will faze him.”

Southgate now has a choice to make, with Grealish challenging the likes of Sterling, Marcus Rashford and Jadon Sancho for a place in England’s front three along with Kane.

He is a different kind of player to those three — more creative, more involved in the build-up play — so it depends on how Southgate sees his England side developing. It appears he is eager for more control of matches in midfield, which Grealish will help to provide.

Expect to see more, then, of Grealish in an England jersey, lighting up international soccer the way he is the Premier League. His next opponent is Brighton on Saturday, with Villa resuming league play in sixth place after making a strong start to the season with five wins from seven games.