FRAUD REJECTED : President Donald Trump’s campaign has filed plenty of lawsuits in six states as he tries to upend an election he lost to Joe Biden. The strategy may have played well in front of TV cameras, but it’s proved a disaster in court, where judges uniformly have rejected claims of vote fraud. The latest case ended Saturday, when a federal judge in Pennsylvania said Trump lawyer Rudy Giuliani presented only “speculative accusations” and no proof of rampant corruption in the vote. 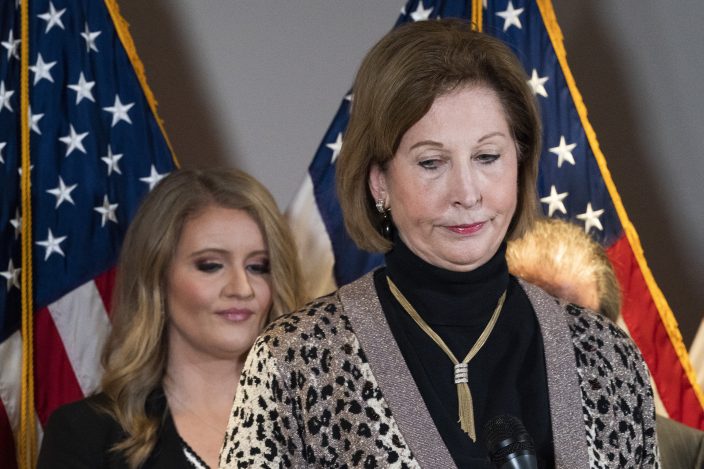 EXPECTED NOMINEE: A longtime national security aide to President-elect Biden, Antony Blinken, is expected to become Biden’s nominee for secretary of state. Multiple people familiar with the Biden team’s planning tell The Associated Press that Blinken is at the front of his choices to be America’s top diplomat. Blinken served as deputy secretary of state and deputy national security adviser during the Obama administration.

BOXING-IN ATTEMPT: The Trump administration is enacting new rules and regulations that it hopes will box in Biden on numerous foreign policy matters. In a bid to cement Trump’s legacy in international affairs, the White House, the State Department and other agencies have been working on new pronouncements on Iran, Israel, China and elsewhere. While many of these actions can be reversed by Biden with the stroke of a pen, they will still demand the time and attention of the new administration amid a host of other priorities.

BLACK VOTERS ALARMED: Biden was in part powered to victory in Michigan, Wisconsin, Pennsylvania and Georgia by Black voters, many of them concentrated in cities such as Detroit, Philadelphia and Atlanta where he received a significant share of their support. Since Election Day, Trump and his allies have sought to expose voter fraud that simply does not exist. The strategy could erode Black voters’ trust in elections. Voting rights advocates say they stand ready to beat back any efforts to water down the Black vote.

QUOTABLE: “The poison of Trump was deeper into the bloodstream of the electorate than anyone noticed.” —- Bradley Beychok, who ran an advertising program for the Democratic super PAC American Bridge targeting Trump in northern swing states.

How Democrats came up short in bid to expand House majority