New York Giants coach Joe Judge would not disclose why offensive line coach Marc Colombo was fired last week, other than to say it was in the best interest of the team.

Judge spoke about the surprising dismissal on Monday for the time since making the move on Wednesday with the Giants (3-7) in a bye week. He had issued a statement last week without giving a specific reason for the move.

The 38-year-old coach refused to say Monday whether the dismissal resulted from an argument, a disagreement in coaching philosophy, or whether it was related to Judge's plan to hire veteran offensive line coach Dave DeGuglielmo as a consultant 10 games into the season. 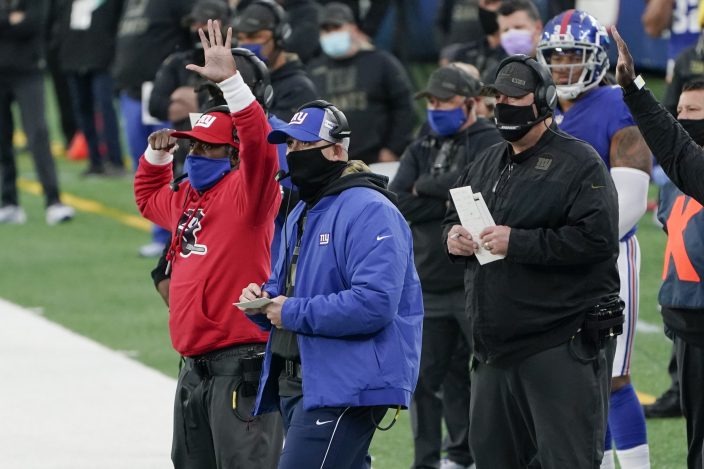 “I made this clear from Day 1, I am always going to make every decision for what I see as best for the team," Judge said. “This decision was no different. Look, there’s been a lot of information out there, a lot of misinformation, and a lot of people have done a lot of digging, trying to find out details about the situation. I’m not going to rehash any of that.”

The Giants have won their last two games and are a game out of first place in the weak NFC East with six to play.

There were reports that Colombo didn't fit into the coaching staff that has a lot of former Patriots' assistants on it. Judge spent eight seasons as an assistant and special teams coordinator in New England, earning three Super Bowl titles. 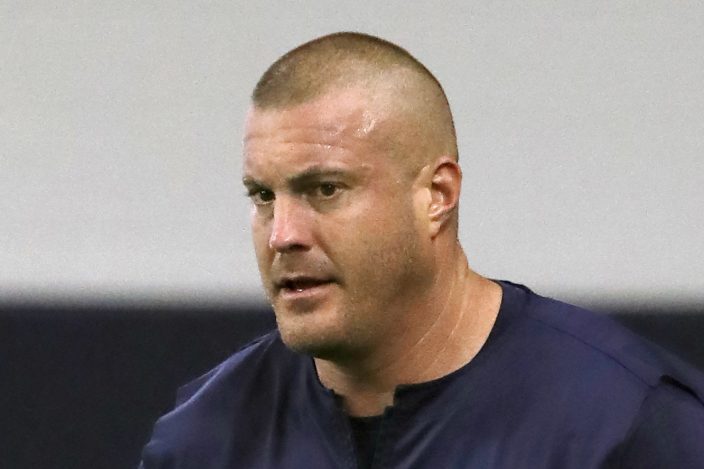 FILE - In this June 11, 2019, file photo, then-Dallas Cowboys offensive line coach Marc Colombo participates in drills at the team's NFL football training facility in Frisco, Texas. A person with knowledge of the situation has told The Associated Press that the New York Giants have fired offensive line coach Marc Colombo. The person asked not to be identified because the team has not confirmed the move. When the Giants hired former Cowboys coach Jason Garrett to be the offensive coordinator, Colombo followed him here. (AP PhotoTony Gutierrez, File)

Judge said he is not interested in other teams. His focus is the Giants.

“The notion that we’re concerned about anywhere else we’ve been or that we based anything on where we’ve been, everyone has experience," he said. "Did you draw on that would be it? But there’s no internal division or struggle or anything that's being referenced right there or that anyone's trying to create. Couldn’t be further from the truth.”

Judge said after the firing he spoke with his captains, the team and his offensive linemen to explain what happened.

While DeGuglielmo doesn't hold back talking to his players, Judge does not seem concerned.

“You know, we’re not going to do anything to turn the offense upside down,” Judge said, adding the line might have to make some adjustments.

Judge said he has been around teams where coaches have been replaced in the middle of the season. He said the important thing is for everyone to move in the same direction as the head coach and trust there is a plan in place.

Tight end Evan Engram and defensive lineman Leonard Williams said they were surprised by the move, but quickly added it was above their pay grade.

Williams said any time someone is fired it is shocking.

“I really don't understand what was going on so it wasn't in my place to to try figure out what was going on,” Williams said. “That being said, I didn't try to pick it apart. I just figured it was something between them and something that had to happen upstairs.”