His Fighting Irish (8-0, 7-0 Atlantic Coast Conference) need to be light on their feet when they take on the explosive offense of Mack Brown’s 25th-ranked North Carolina Tar Heels (6-2, 6-2) on Friday afternoon. 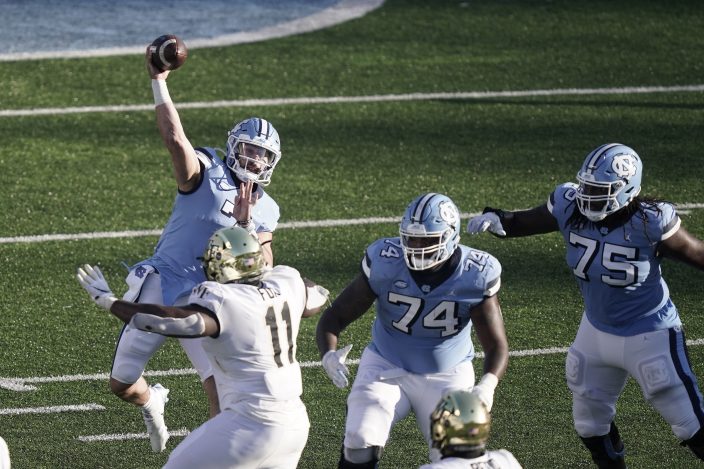 Brown is seventh in receiving yards (829) and eighth in TD receptions (8) while Williams leads the nation in touchdowns (18) and is seventh nationally with 868 rushing yards. 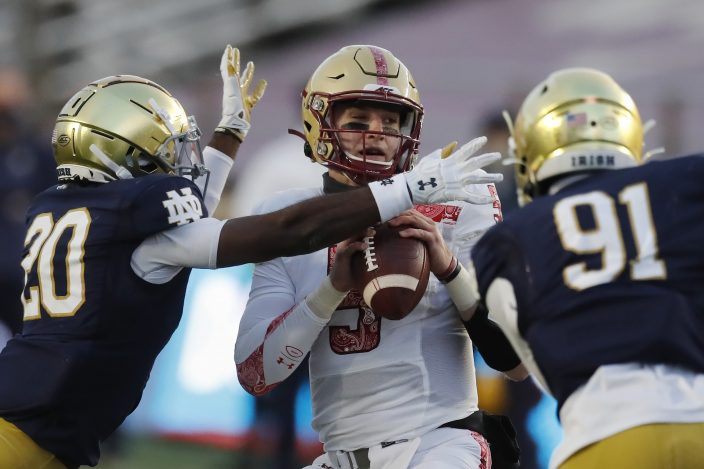 “They have two great backs, so we have to be tied into the running game,” Notre Dame strong safety Shaun Crawford said. “We have to wrap up and bring them down because they are great after contact. They have great receivers on the outside — a lot of speed, a lot of skill.”

After reaching No. 5 in mid-October, the Tar Heels suffered a pair of three-point road losses at Florida State (31-28) and Virginia (44-41) when they couldn’t overcome double-digit deficits and fell out of the Top 25. But even there, the penchant for comebacks was plain.

Earlier this month, they trailed Wake Forest by 21 points, 45-24, with 6:56 left in the third quarter before Howell engineered a remarkable turnaround, throwing three touchdown passes and running for another score as North Carolina scored 35 unanswered points on the way to a 59-53 victory. Howell’s 550 yards and six touchdown passes and the team’s 21-point comeback and 742 total yards from the game are all program records. 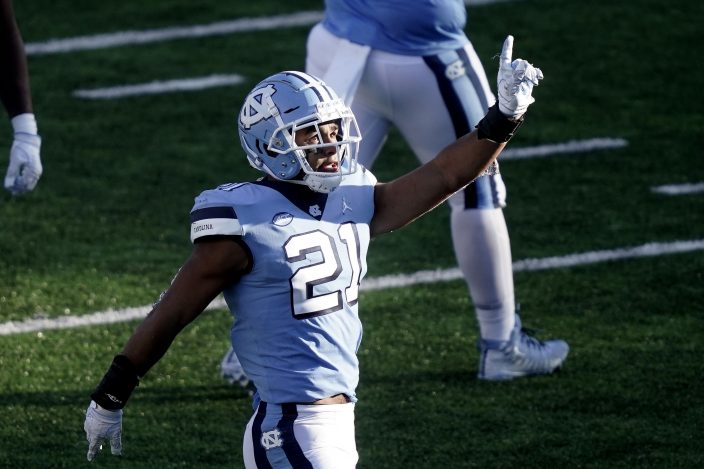 The Irish defense, which limited All-America running back Travis Etienne to 28 yards in a 47-40 double-overtime victory over Clemson and then limited Boston College to 85 yards rushing in a 45-31 victory the following week, is fourth nationally against the run (85.1 yards per game), ninth in total defense (304.1 yards) and 11th in scoring defense (16.6 points).

The Irish have 21 quarterback sacks and 36 QB hurries this season and have forced nine turnovers in their last four victories. 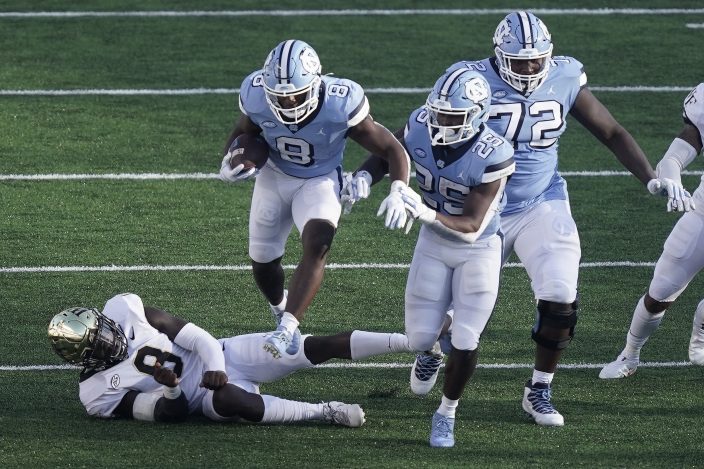 “In a year where we’re saying a lot of people miss defense,” Brown said, “well, Notre Dame didn’t get the memo.”

The Irish know what they need to do against the prolific Tar Heels.

“From our perspective, we want to be who we are — we want to be physical,” Kelly said. “We have to do a great job of minimizing big chunk plays. You start by minimizing those and controlling the line of scrimmage. This will be a great challenge for us.”