Of the five players who made up Liverpool’s injury-ravaged defense, two were midfielders, one was aged 19 with just 10 senior appearances to his name, and another was a flying full back who gives a good impersonation as a winger.

That a team with such a makeshift back line ended up coasting to a 3-0 win over Leicester in the English Premier League on Sunday perhaps spoke volumes of the fifth member of that defense, who — suddenly — has assumed a pivotal role in Liverpool’s immediate future.

Joel Matip is the last man standing at the heart of a defense that has been ripped apart by an unfortunate run of injuries that has seen Virgil van Dijk, Trent Alexander-Arnold and Joe Gomez go down almost one week after another. 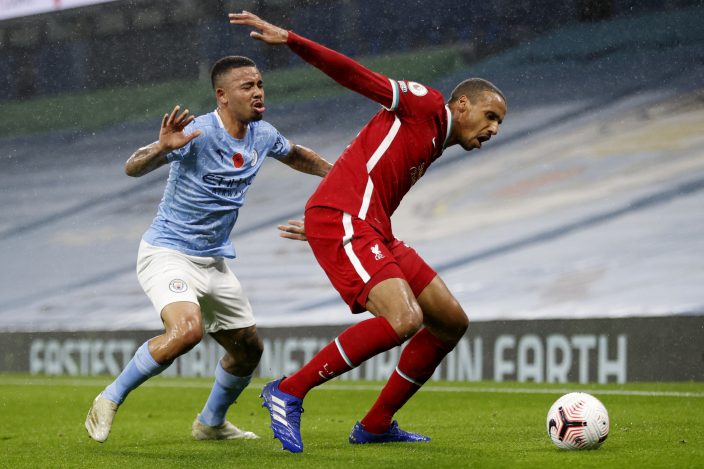 Quiet, uncomplicated and understated, Matip is a player with the spotlight fully on him now. A player Liverpool just cannot afford to lose.

“If I can step in and help out more, I will,” Matip said on Tuesday.

It’s not an option at the moment. 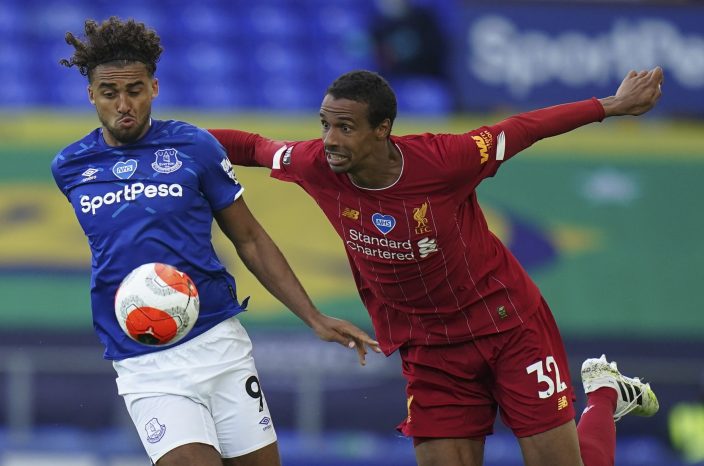 With Dejan Lovren sold during the offseason and Van Dijk and Gomez set to be sidelined for a prolonged period — maybe even the rest of the season — Matip is the only senior center back around.

Liverpool manager Jurgen Klopp has budding talent in 19-year-old Rhys Williams, 23-year-old Nat Phillips and 17-year-old Billy Koumetio as emergency options but is really relying on Matip holding the fort along with Fabinho, the Brazil defensive midfielder who has been increasingly required to stand in as a center back.

Those two need to stay fit, with Liverpool facing 10 games in a little over a month before the turn of the year.

Matip has been at Liverpool since arriving on a free transfer from Schalke in 2016, and never has he been more important.

The issue for Klopp? Matip is injury-prone himself.

A series of injuries meant the 29-year-old Cameroonian made just 13 appearances in the whole of last season, even with it being extended by three months because of the coronavirus outbreak.

He played in the first game of this season — a 4-3 win over Leeds — but a minor issue kept him sidelined until the Merseyside derby against Everton on Oct. 17, during which he sustained a muscle injury and missed almost another month. He has played in Liverpool’s last two games, against Manchester City and Leicester either side of the international break.

“He is an incredible football player, it’s unbelievable how good he is,” Klopp said. “Yes, he was unlucky with injuries. Before he arrived here, he had no injuries, played for Schalke pretty much through four, five or six years.

“Here, when it starts with one, you have to be lucky from a specific moment, but they (the injuries) were all different … it looks like you are vulnerable or whatever, but it’s just something everybody would have had if you are in that situation.”

Matip said on Tuesday he has been working with club doctors to develop a training program in an effort to stop him picking up injuries during a hectic season in which muscle issues are prominent across most clubs.

“The medical department is always trying to do things,” he said. “We are working on different things but sometimes you don’t have that much improvements.

“But we are working hard to keep every player as fit as possible. That includes me. I hope, and am looking forward to playing as much as possible.”

Going forward, he is set to be the glue holding Liverpool’s defense together. On Wednesday, they play Atalanta in the Champions League looking for a win to qualify for the knockout stage.

“We have a lot of games so there will probably be a few more changes over the weeks,” Matip said, “but we are thinking good and we have to perform with the players that are there.”