Fittingly in this year of work-from-home and lockdowns, Douglas Stuart’s life-changing moment came to him on his sofa.

The Scottish writer was at home in Manhattan when he was announced as the winner of the 2020 Booker Prize last week. Stuart won the 50,000-pound ($66,000) literary award for “Shuggie Bain,” the powerful story of a boy coming of age with an alcoholic mother in poverty-scarred 1980s Glasgow. It’s an astonishing feat for a first novel that took a decade to write and was rejected by 32 publishers before finding a home.

“I had a bit of a dance around the kitchen -- that’s about as much as you can celebrate in 2020,” Stuart told the Associated Press in a Zoom interview from — where else? — his sofa. 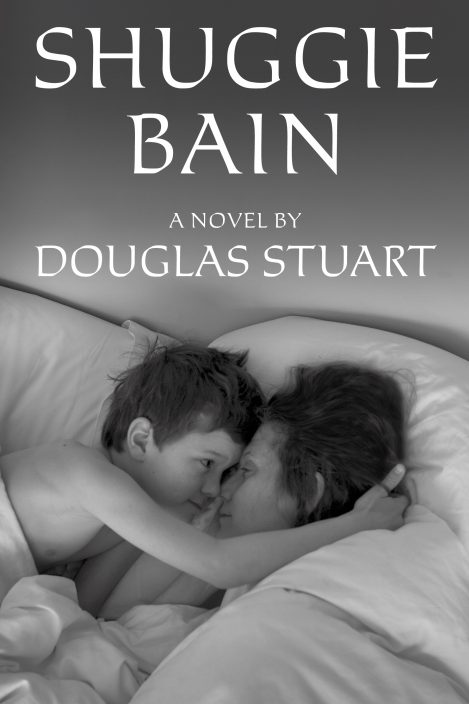 This cover image released by Grove shows "Shuggie Bain," a novel by Douglas Stuart. The Scottish writer has won the Booker Prize for fiction for his novel about a boy’s turbulent coming of age in hardscrabble 1980s Glasgow. Stuart won the prestigious 50,000 pound ($66,000) award for his first published novel. (Grove via AP)

Stuart, 44, knows that the Booker can transform careers, bringing a major boost to an author’s sales and profile. Just ask previous winners like Bernardine Evaristo or Hilary Mantel, transformed from critically respected, commercially middleweight novelists to the top of bestseller charts.

He hopes it will help open up publishing to new voices, especially writers from working-class backgrounds. Glasgow-born Stuart is only the second Scottish Booker winner in the 51-year history of the prize, open to English-language novels from around the world. He grew up, like his central character, in a poor home on a Glasgow housing project with a mother who struggled with addiction.

The novel centers on Shuggie, a sensitive boy in a hardscrabble world, and his mother Agnes, trying to stop her dreams disintegrating during the grim 1980s, when Prime Minister Margaret Thatcher’s free-market economic policies hastened Glasgow’s industrial decline.

Stuart thinks it’s important — and overdue — that a working-class writer has won the Booker Prize. He said that in his childhood “books were never seen as ‘for people like us’ because they never contained people like us.”

“The thing that’s defining about ‘Shuggie Bain’ is it’s a working-class family who are slipping through the fabric of society, and we don’t often get to hear those kinds of voices,” Stuart said in a gentle Scottish burr.

“It’s good to have Scottish voices have a moment of support, and it’s great to see queer writers also," said Stuart, who lives in New York with his American husband. "So I’m hoping that it not only changes my life but it helps a lot of other people.”

Stuart dedicated the book to his own mother, who died from alcoholism when he was 16. He says it was important to him to give a truthful depiction of addiction.

“Sometimes when I read about addiction, it’s a big capital A and the addiction is almost the person’s personality or what they are,” he said. “And I never knew that to be true."

Stuart has won critical praise for the way he looks at addiction, poverty and dashed dreams unflinchingly, but with tenderness and humor. Publisher and editor Margaret Busby, who chaired the Booker judging panel, said the book’s emotional range and ability to convey “compassion without pity” made it likely to become a classic.

Stuart’s own route out of poverty came through fashion rather than writing. He studied textile design at college, moved to New York and forged a successful career in fashion with firms including Banana Republic. He began writing “Shuggie Bain” in 2008, driven by what he calls a “compulsion,” not admitting even to himself that he was working on a novel.

“I truly wrote it for the characters, not knowing it would ever be a published book,” he said. “Part of the reason why it took 10 years is because I didn’t want to let them go. I found such an immense comfort and joy in writing and in creating these worlds.”

The novel was repeatedly turned down by publishers who said they liked it, but didn’t know “how to explain Glasgow in the 80s and Thatcherism to the American public.”

They needn’t have worried. Already the top seller in the U.K. among the six Booker finalists, “Shuggie Bain” was a National Book Awards finalist in the U.S. and features on many best-of-the-year lists. Stuart has quit his day job to become a full-time writer, and has already finished his second novel, a “conflicted queer love story set in 1990s Glasgow.”

He’s delighted with the way the book has been embraced in his native land. Scottish First Minister Nicola Sturgeon sent him a congratulatory message minutes after his Booker win.

“But one of the greatest things about publishing the book and connecting with readers is people from New Zealand and India and Detroit have come out and shared with me similar stories,” he said.

“And as we live in a society that is polarizing more between the haves -- who don’t want to hand back to the have nots -- and the have nots, who are being left behind, ‘Shuggie’ is not actually even a historical novel, either.”

MATCHDAY: Arsenal at Southampton in EPL; Milan derby in ...

Hinchcliffe back with Andretti for full IndyCar season

James Hinchcliffe will return to A ...