John Boyega is only 28, but being a professional actor of 10 years and a veteran of three “Star Wars” films has given him insight into what it’s like for a young performer breaking into Hollywood.

“Normally the assumption is you keep quiet, you keep cashing checks and you keep it moving. That’s the hardest thing to navigate, when you don’t feel that way," he says.

This year, Boyega has made it clear he doesn't feel that way, that he isn’t going to bite his tongue. In July, he gave a fiery speech at a London protest in the wake of George Floyd’s death, shouting through a megaphone and fighting back tears. He wondered aloud whether he’d have a career afterward. 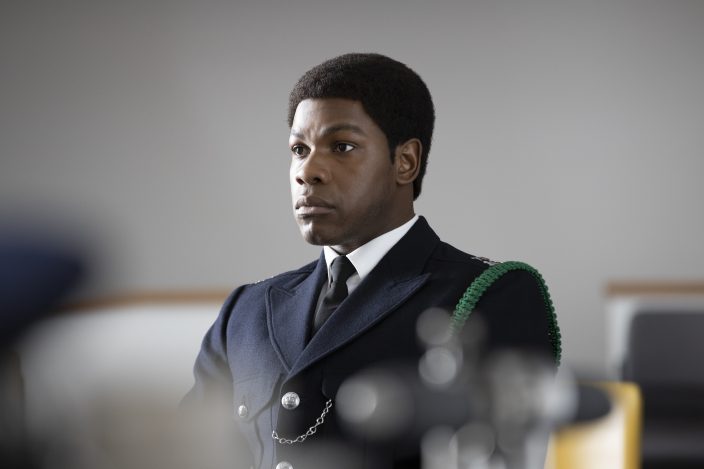 In September, Boyega severed ties with the London cosmetics brand Jo Malone after the company reshot, with a different brand ambassador, a video he had made that touched on his childhood neighborhood and Nigerian heritage. He said on Twitter, “dismissively trading out one’s culture this way is not something I can condone.”

And in a GQ interview in September, Boyega criticized the makers of “Star Wars” for their uncertain handling of his character, Finn, and for giving “all the nuance” to characters played by Adam Driver and Daisy Ridley: “What I would say to Disney is do not bring out a Black character, market them to be much more important in the franchise than they are and then have them pushed to the side. It’s not good. I’ll say it straight up.” 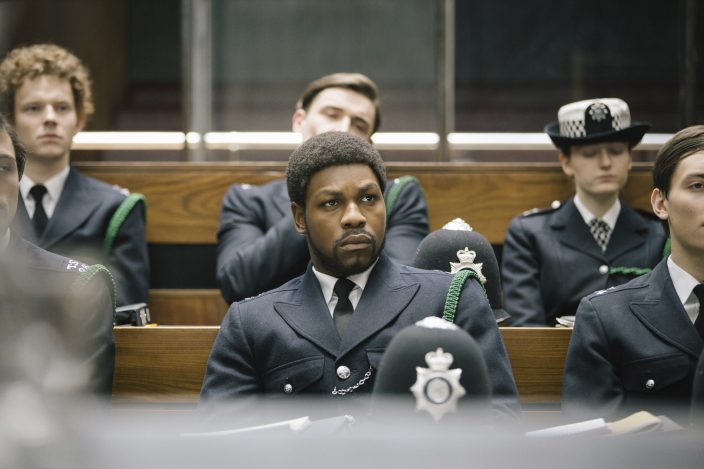 In a year riven with resistance, Boyega has seemed suited to the moment -- an unapologetically candid actor breaking free of PR-controlled Hollywood constraints. He won't, he says, "fashion my career to be like a politician” or “take the money and shush.”

“People need to go up there and reflect what’s real," says Boyega, speaking by video conference in an interview from London. "Sometimes you get angry, sometimes I’m wrong, sometimes I’m right. Be human, rather than having to get into a space where you’re successful but then you have to lose your identity. That’s whack. No one’s doing that, especially not my generation.”

Boyega stars in Steve McQueen’s “Red White and Blue,” the third film in the director’s extraordinary anthology of Black life in London from the ’60s through the ’80s. The five-film series is playing on the BBC in the U.K. and on Amazon Prime in the U.S.; “Red, White and Blue” will debut Dec. 4 on Amazon. In the true story, Boyega plays Leroy Logan, an aspiring research scientist who gives up the lab to join the overwhelmingly white London police force in the 1980s. 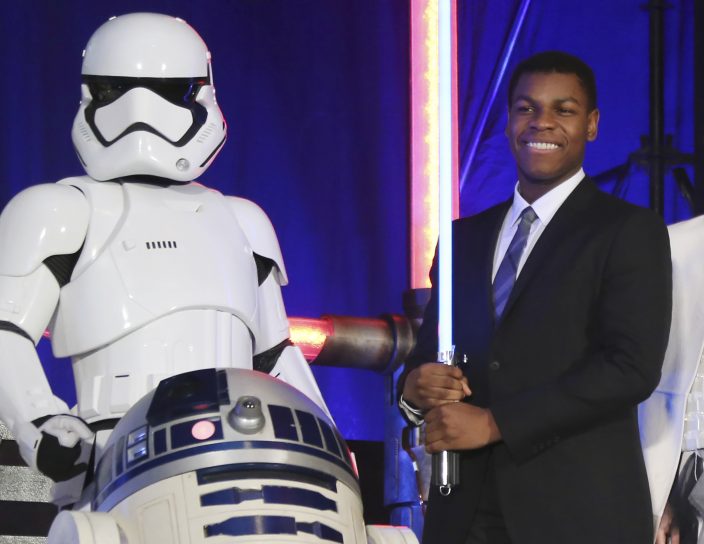 FILE - In this Dec. 10, 2015 file photo, actor John Boyega, right, pose with Star Wars characters during the Japan Premiere of their latest film "Star Wars: The Force Awakens" in Tokyo. Boyega stars in Steve McQueen’s “Red White and Blue,” the third film in the director’s anthology of West Indian life in London from the ‘60s through the ’80s. The five-film series will debut Dec. 4. (AP PhotoKoji Sasahara, File)

It’s almost certainly Boyega’s best performance yet -- a reintroduction, in a way, to a young actor who has shown flashes of his potential but who to most remains identifiable as a central “Star Wars” character who seemed to drift to the sidelines of the space saga. “Red, White and Blue” puts Boyega front and center and wrestles with many of the social issues -- race, change, belonging -- that he is grappling with, too.

Logan’s decision to join the police is confounding to his father (Steve Toussaint), who was beaten by racist police officers. But Logan believes he can, as one of very few officers of color, remake the system from the inside, despite regular abuse.

For an actor recoiling from his experience within the belly of blockbuster-making Hollywood, “Red White and Blue” has both powerful parallels and telling distinctions about navigating a system that can be inhospitable to people of color.

“Everybody’s different and the fight requires all different types of people, all different types of strategies,” says Boyega. “Being an actor, living within that privilege and having the opportunity to go onto other projects and greenlight things, you can use a lot of that for the impactful stuff. I see the lines between the experiences.... But you understand that these obstacles are all too familiar.”

Born John Adedayo Bamidele Adegboyega to parents of Nigerian descent in the Peckham district of London, Boyega drew partly on his own upbringing for “Red, White and Blue” -- a drama of institutional racism but also a father-son tale. An early scene recalls a memory of Boyega’s when his father, a Pentecostal minister, was searched by police on the way home from church.

McQueen said he, Boyega and co-writer Courttia Newland talked a lot “about what Black fathers said to their sons, because they wanted to protect them and they knew the dangers of the world out there. Obviously the movie is dealing with masculinity in a way. But it’s also one generation dealing with the same situation as the younger generation and how they deal with it differently. It’s a difficult conversation. When you want to integrate and be a part of something and you find out you’re not welcome, it’s difficult."

Since Boyega’s comments about “Star Wars,” he’s received a supportive phone call from producer Kathleen Kennedy that Boyega has described as frank and transparent. Following his protest speech, many filmmakers and actors responded that they would be honored to work with him. “We got you, John,” wrote Jordan Peele.

But if anyone thought that moment reflected a new John Boyega, it didn't. He's just being heard more clearly.

“I don’t think it’s me necessarily finding my voice. I think it’s the audience noticing me in that sense,” says Boyega. “This is kind of an eye-opener to you guys more than it is to me. I've kind of been about it.”