Beyoncé is bringing her black parade to the Grammys: The pop star’s anthem about Black pride scored multiple nominations Tuesday, making her the leading contender with nine nominations.

Beyoncé picked up song and record of the year bids with “Black Parade,” which she released on Juneteenth, the holiday that commemorates when the last enslaved African Americans learned they were free. The song, which reached the Top 40 on the pop charts, is also nominated for best R&B song and best R&B performance.

Beyoncé’s “Black Is King” film that highlighted Black art, music, history and fashion is up for best music film while “Brown Skin Girl,” a song dedicated to dark- and brown-skinned women, is nominated for best music video. The singer also earned three nominations for her slick guest appearance on Megan Thee Stallion’s No. 1 hit “Savage.” 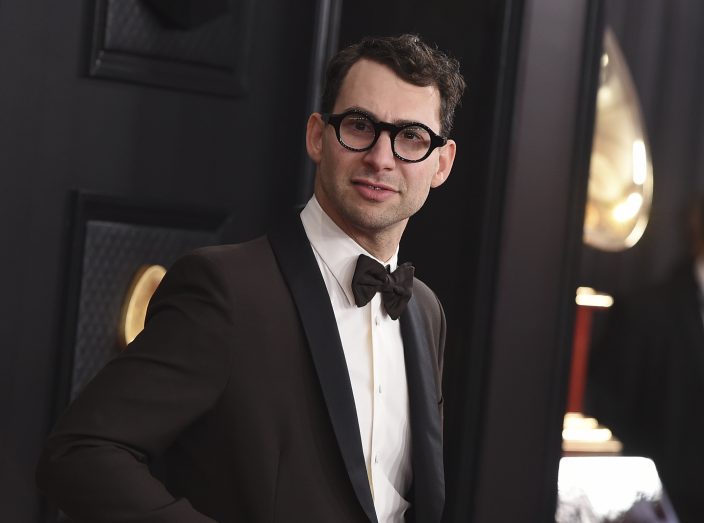 Jack Antonoff arrives at the 62nd annual Grammy Awards on Jan. 26, 2020, in Los Angeles. Antonoff, along with Dan Auerbach, Dave Cobb, Flying Lotus and Andrew Watt were nominated for a Grammy for non-classical best engineered album and non-classical producer of the year, (Photo by Jordan StraussInvisionAP, File)

A winner of 24 Grammys, Beyoncé becomes the second-most nominated act in the history of the awards show with 79 nominations.

Beyoncé is only behind her husband Jay-Z and Quincy Jones, who have both earned 80 nominations each. Jay-Z picked up three nominations this year for his contributions to Beyoncé’s songs: He co-wrote “Black Parade" and “Savage," thus earning nominations for song of the year, best R&B song and best rap song. Jay-Z has won 22 Grammys throughout this career.

Beyoncé’s domination this year came as a surprise since the singer did not release a new album. Other surprises, well snubs, include pop star the Weeknd being completely shut out and earning zero nominations despite having a No. 1 album, multiple hit singles and winning the coveted Super Bowl halftime performance slot. Luke Combs, who dominated the country charts and set records on streaming services this year, was also surprisingly shut out of nominations.

Instead, multiple nominations went to Taylor Swift, Dua Lipa and Roddy Ricch, who each earned six nominations and followed Beyoncé as the second-most nominated acts.

“Black Parade,” “Don’t Start Now,” “Everything I Wanted” and “Circles” are also nominated for song of the year — a songwriter’s award — along with Swift’s “cardigan,” Ricch’s “The Box,” JP Saxe and Julia Michaels’ “If the World Was Ending” and H.E.R.’s “I Can’t Breathe,” her protest anthem addressing police brutality.

“I think it’s meaningful. I think it’s reflective of what’s gone on in our world," Mason Jr. said of multiple protest songs earning nominations this year. “Musicians and artists and writers and producers, they write about what’s going on in their lives. We tend to be fairly emotional people. When there’s things happening, it’s going to come out in our music and our art."

K-pop kings BTS earned their first-ever Grammy nomination after years of having success on the pop charts. They will compete for best pop duo/group performance with their No. 1 hit, “Dynamite.”

Other first-time nominees include the Strokes, Megan Thee Stallion, Michael Kiwanuka, Jay Electronica and Harry Styles, who became the first One Direction member to earn a Grammy nomination.

Kanye West, who has won 21 Grammys, only scored a single nomination this year — for contemporary Christian music album for “Jesus Is King.” Others who were snubbed include country performers the Chicks and Morgan Wallen, R&B singers Summer Walker, Teyana Taylor, Chris Brown and Brandy, and late rapper Juice WRLD.

Songs and albums released between Sept. 1, 2019 and Aug. 31, 2020 were eligible for nominations this year. Winners will be announced at the live show on Jan. 31.