Competence is making a comeback.

President-elect Joe Biden has prized staying power over star power when making his first wave of Cabinet picks and choices for White House staff, with a premium placed on government experience and proficiency as he looks to rebuild a depleted and demoralized federal bureaucracy.

With an eye in part toward making selections who may have to seek approval from a Republican-controlled Senate, Biden has prioritized choosing qualified professionals while eschewing flashy names. Even the most recognizable pick — John Kerry — lacks the showmanship that has defined the Trump era. 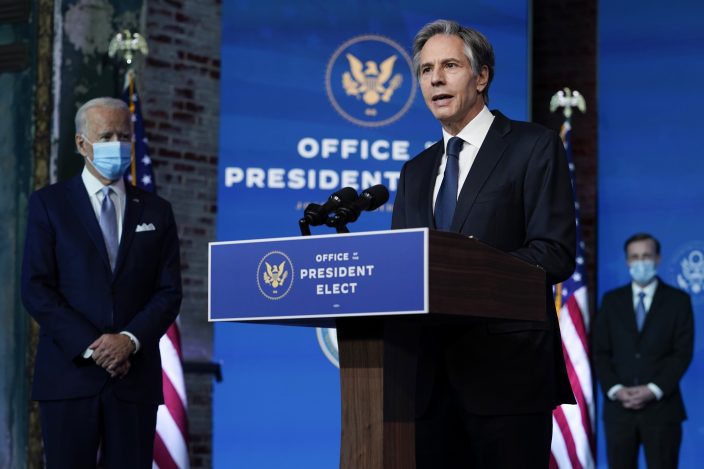 President-elect Joe Biden listens as his Secretary of State nominee Tony Blinken speaks at The Queen theater, Tuesday, Nov. 24, 2020, in Wilmington, Del. Biden’s first wave of Cabinet picks and choices for his White House staff have prized staying power over star power, with a premium placed on government experience and proficiency as he looks to rebuild a depleted and demoralized federal bureaucracy.(AP PhotoCarolyn Kaster)

In sharp contrast to President Donald Trump, who openly distrusted the very government he led, Biden has showcased a faith in bureaucracy that was born of his nearly five decades in Washington. He's made hires with the deliberate aim of projecting a sense of dutiful and, even boring, competency.

Surrounding himself with longtime aides and veterans of the Obama administration, many of whom have already worked together for years, Biden has so far rolled out a team of careerists with bursting resumes and little need of a learning curve.

“Collectively, this team has secured some of the most defining national security and diplomatic achievements in recent memory — made possible through decades of experience working with our partners,” Biden said Tuesday as he unveiled his national security team. 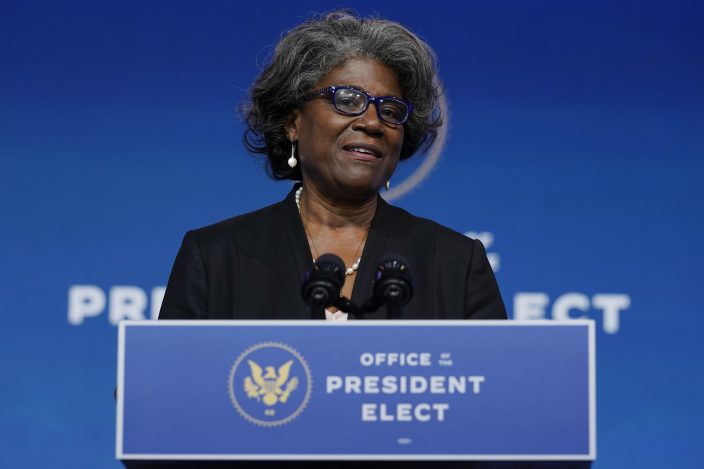 President-elect Joe Biden's U.S. Ambassador to the United Nations nominee Ambassador Linda Thomas-Greenfield speaks at The Queen theater, Tuesday, Nov. 24, 2020, in Wilmington, Del. Biden’s first wave of Cabinet picks and choices for his White House staff have prized staying power over star power, with a premium placed on government experience and proficiency as he looks to rebuild a depleted and demoralized federal bureaucracy.(AP PhotoCarolyn Kaster)

“Experience” is indeed the coin of the realm on Biden’s burgeoning team.

His pick for secretary of state, Antony Blinken, worked for Biden in the Senate for years, and held the posts of deputy secretary of state and deputy national security adviser. His choice for national security adviser, Jake Sullivan, was the deputy to that post under President Barack Obama. His nominee for treasury secretary, Janet Yellen, was chair of the Federal Reserve and chair of the White House Council of Economic Advisers. His incoming White House chief of staff, Ron Klain, was chief of staff to two vice presidents — Al Gore and Biden himself — and was the Obama administration’s Ebola czar.

And Kerry, Biden’s choice to fill the newly created post of presidential climate envoy, was a longtime U.S. senator and his party’s 2004 presidential nominee before serving as secretary of state. 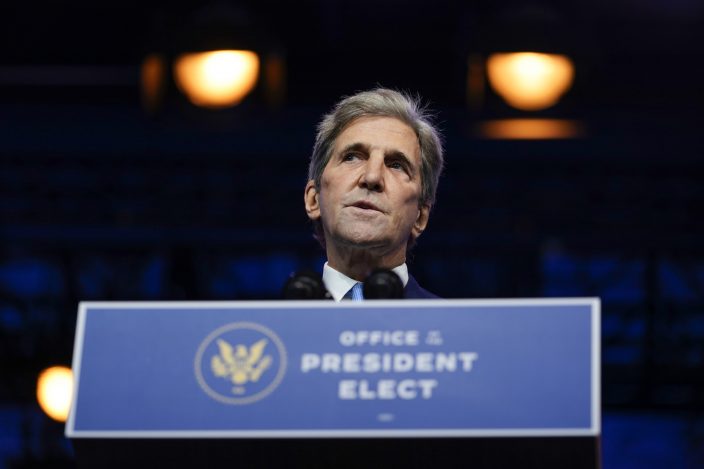 “The team is bringing competency and experience, which are two separate things but deeply interwoven,” said retired Navy Adm. James Stavridis, former NATO supreme allied commander Europe, who has worked with much of Biden’s new team. “There are deputies stepping up into full roles, seasoned hands returning to the job. They tend to be calm and centered and they won’t all fight over the ball.”

“They know their counterparts overseas and they know whom to pick up the phone and call,” said Stavridis. “It’s a completely different approach than what we saw with the Trump team — and I hesitate to call it a team because they didn’t work all that well together.”

Four years ago, contenders for Cabinet posts were marched through the gilded lobby of Trump Tower, the president-elect’s Manhattan skyscraper, in full view of reporters and TV cameras. The candidates publicly jockeyed for posts, Trump aides took turn knifing each other in the media, and the incoming president even took one secretary of state contender, Mitt Romney, out to dinner for a public and ultimately unsuccessful audition. 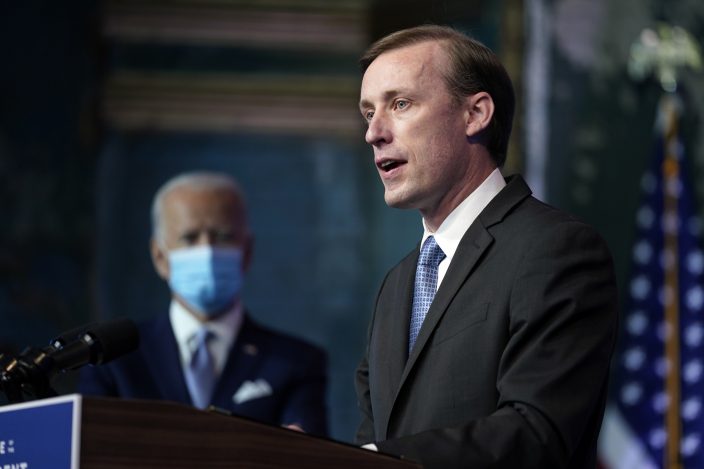 Conversely, Biden’s transition hiring process has been carried out behind closed doors or, out of concern for the surging pandemic, on Zoom and over the phone. Leaks to reporters have been few. And the public only got its first glimpse of Biden’s choices when they took their spots, spaced apart and wearing masks, on a Delaware stage.

Another change was the distinct lack of tributes from the staffers about their boss, a marked difference from the lengthy, glowing venerations of the president that came to define any Trump Cabinet meeting. Also different: No one who stood with Biden was a family member or an in-law.

“The contrast between Biden's selections and Trump’s selections are like night and day: Biden’s picks are capable, sensible and play well in the sandbox together,” said Steve Rattner, a former Obama economic adviser. “Biden prefers people he has known for decades. Trump picked Rex Tillerson because he thought he looked like a secretary of state.” 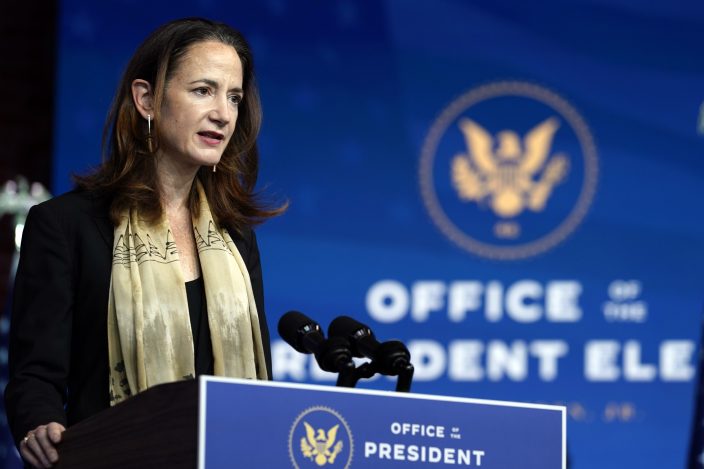 There are risks. Many progressive Democrats aren't looking for simply a return to the Obama years, which ended with many on the left frustrated at the slow pace of change.

Trump’s own hiring process was besieged with chaos of his own making. He jettisoned the man in charge of his transition — former New Jersey Gov. Chris Christie — and over 30 binders Christie had prepared in favor of a staffing plan based on his gut, family recommendations and, yes, by his own admission, who looked straight out of central casting.

The tumult didn’t end once he took office.

While a few of his picks were establishment choices, like Marine Gen. James Mattis to run the Pentagon, most were plucked from the corporate world — like Tillerson at State and Steve Mnuchin at Treasury — while his senior adviser Steve Bannon declared he wanted to oversee “the destruction of the administrative state.”

Trump had more senior staff and Cabinet turnover than any modern predecessor — his first national security adviser, Michael Flynn, didn’t last a month — and he declared an informal war on the federal bureaucracy once the investigation began into whether his campaign had any ties to Russia.

Deeply suspicious of what he deemed the "deep state,” Trump allowed scores of vacancies to remain unfilled across federal agencies, fired officials he deemed insufficiently loyal, encouraged in-fighting on his staff and, with relentless public attacks, attempted to undermine Americans’ faith in the institutions of their own government.

EDITOR'S NOTE — Jonathan Lemire has covered the White House and national politics for The Associated Press since 2013.

Back to the future for Hertha Berlin as Dárdai returns