Nicolas Lodeiro scored early in the first half, Raul Ruidiaz added a second midway through the second, and the defending champion Seattle Sounders beat depleted Los Angeles FC 3-1 on Tuesday night in the opening round of the MLS Cup playoffs.

Lodeiro scored in the 18th minute to give the home side the early advantage and Ruidiaz finally finished one of Seattle’s numerous chances with his eighth career playoff goal in the 66th minute.

Eduard Atuesta scored in the 77th minute to pull LAFC to 2-1, but Seattle regained its two-goal advantage moments later when Ruidiaz found Jordan Morris on a quick counter. Morris had missed a wide-open goal earlier in the half, one of several missed chances Seattle had in the opening stages of the second half to build a cushion. 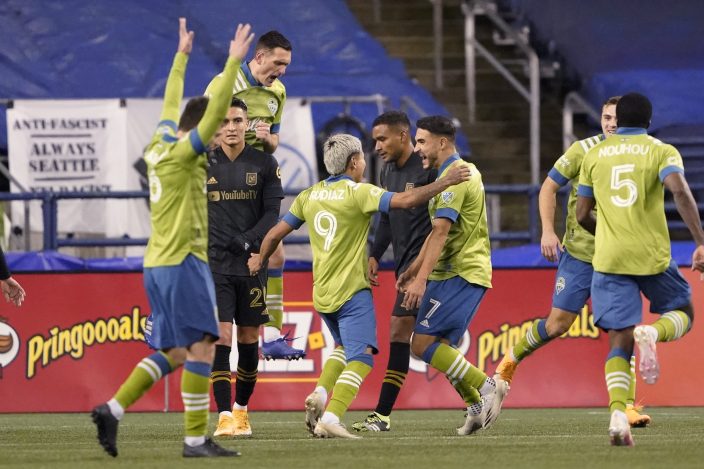 Ruidiaz has six career playoff assists to go with his eight goals.

Seattle will host FC Dallas in the Western Conference semifinals next week.

The marquee matchup in the first round of the MLS Cup playoffs lived up to its billing in a rematch of last year’s Western Conference final won by the Sounders in Los Angeles. And it was the Sounders coming out on top again. 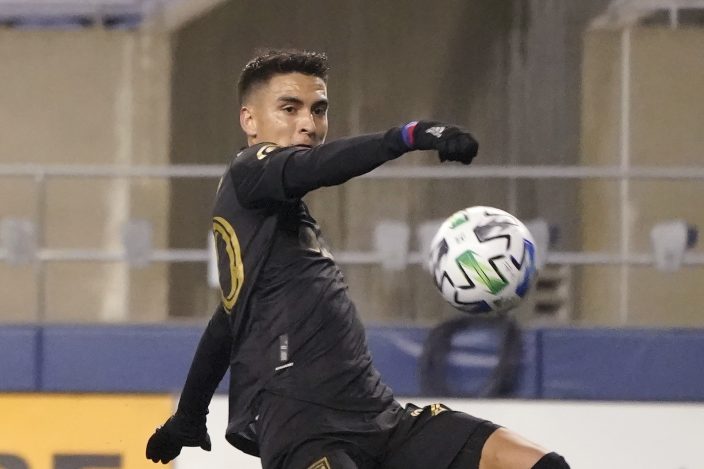 LAFC needed to be nearly perfect beginning the playoffs short-handed. LAFC was without Golden Boot winner Diego Rossi, Brian Rodriguez, Diego Palacios and Jose Cifuentes after all four tested positive for COVID-19 while on international duty in South America.

The absence of Rossi was the most notable after he led the league with 14 goals in the regular season and was the trigger to LAFC’s offensive attack. Without Rossi, LAFC needed Carlos Vela to be otherworldly.

Vela was good. He assisted on Atuesta’s goal, and nearly had a second but Mark-Anthony Kaye’s goal in the 88th minute was ruled offside by video review. 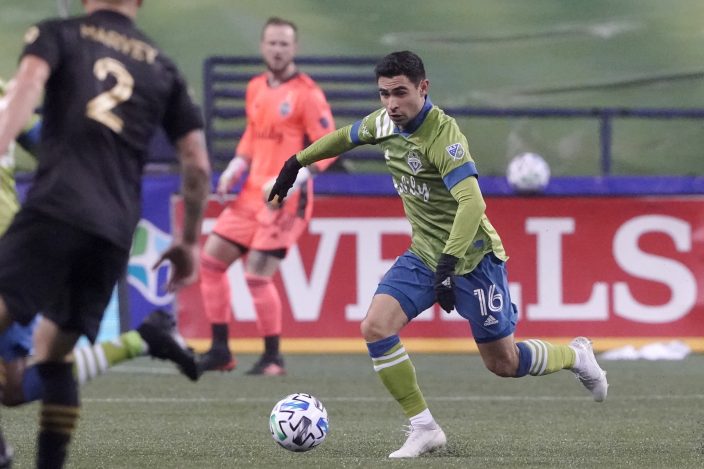 But Vela’s lasting memory will be a poorly taken penalty kick in the first half that was easily saved Seattle goalkeeper Stefan Frei.

Vela drew the penalty just two minutes after Lodeiro’s opening goal, using his experience to catch Nouhou Tolo reaching and cause the foul in the penalty area. But Vela’s PK attempt was a weak, forgettable effort that caused Frei to slide only one step to his left and make a clean catch without much effort.

It was the first penalty saved by Frei in a non-shootout since April 2016. 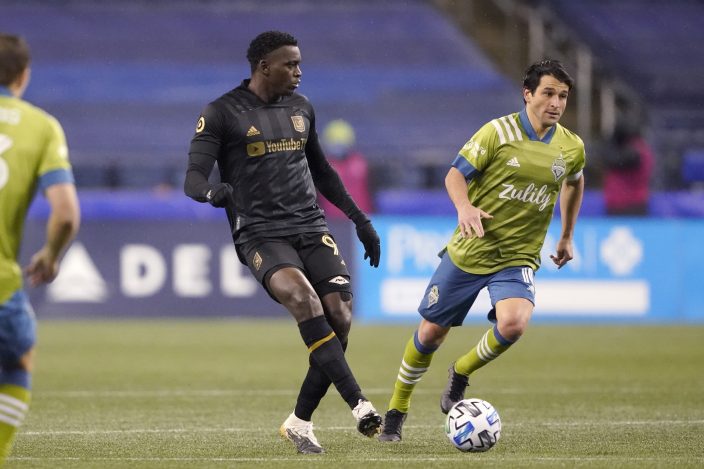 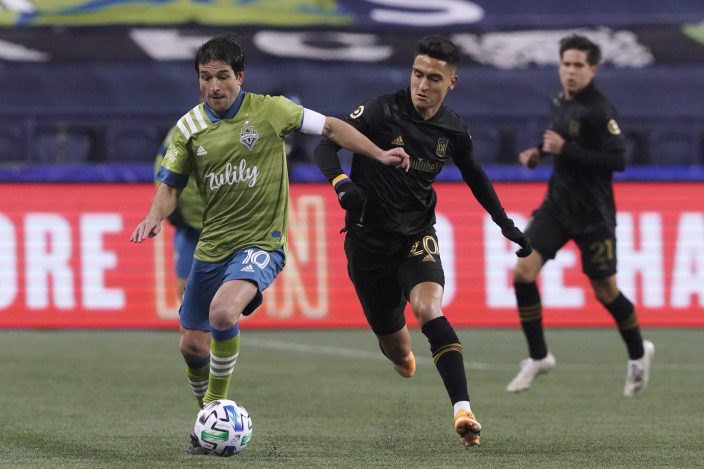