Just like that, the Atlanta Hawks transformed themselves into a playoff contender.

A team that averaged less than 25 wins the last three seasons added to its impressive young core with a whirlwind of free-agent signings, capped by the news late Tuesday that Sacramento would not match a four-year, $72 million offer sheet to Bogdan Bogdanovic.

“It's go time,” tweeted Hawks All-Star guard Trae Young, clearly excited by the bulked-up supporting case he'll have around him in 2021. 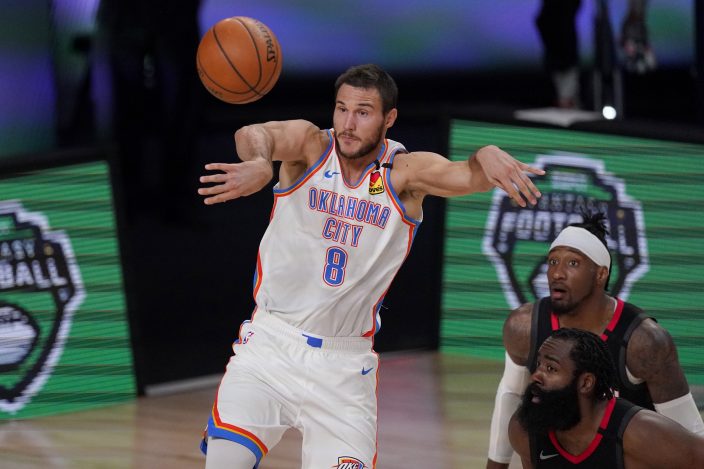 Then, after a proposed sign-and-trade that would have sent Bogdanovic to the Milwaukee Bucks fell through, Hawks general manager Travis Schlenk pounced at the opportunity to grab the 28-year-old Serbian guard with a lucrative offer that he figured the Kings wouldn't be able to match. 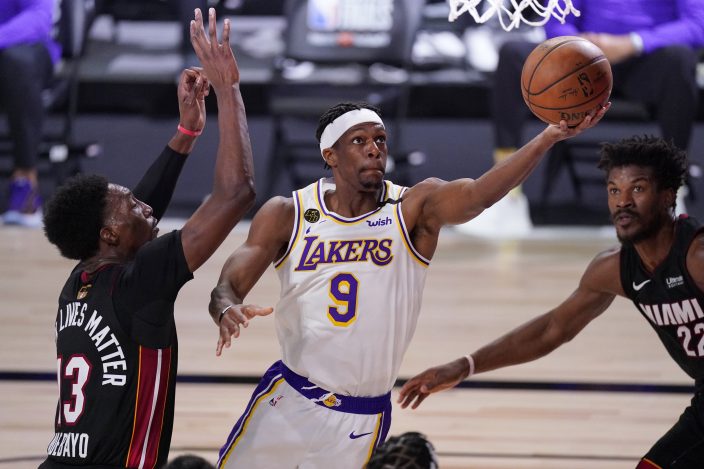 “Bogdan has a great feel for the game, and we expect him to be a great fit for us," Schlenk said.

So capped a six-day transformation for one of the league's backwater franchises, which began last Thursday with the selection of Southern California center Onyeka Okongwu at No. 6 overall in the NBA draft. Gallinari, who officially came aboard on a sign-and-trade with Oklahoma City that also netted the Hawks cash considerations and only cost them a conditional second-round draft pick in 2025, averaged 18.7 points and shot 40.5% from beyond the arc for the Thunder.

He gives coach Lloyd Pierce some intriguing options in a front court that already has a budding star at power forward in Collins, who averaged 21.6 points and 10.1 rebounds in the pandemic-shortened season. There's also Hunter, the No. 5 overall pick in 2019, at small forward.

“Danilo checks a lot of boxes for what we have prioritized,” Schlenk said. “At his size, he is one of the league’s most versatile and efficient scorers and he has proven to be the type of veteran you want in your locker room.”

Gallinari also provides a bit of insurance with Collins heading into his final year before restricted free agency and reportedly looking to land a max contract that the Hawks may be reluctant to hand out.

Atlanta will have a completely new look at center with Okongwu and expected starter Clint Capela, who was acquired from Houston last season at the trade deadline but was injured and never got on the court with Atlanta before the season shut down.

Of course, Young is the centerpiece of this franchise, a charismatic, high-scoring point guard who was voted an All-Star Game starter in just his second season.

Young averaged 29.6 points and 9.3 assists, but he was a big liability at the defensive end and the offense struggled to create scoring chances anytime he took a breather.

That's where the 34-year-old Rondo should provide a significant upgrade, giving the backcourt another much-needed distributer who is coming off a stellar playoff run with the NBA champion Los Angeles Lakers.

Bogdanovic figures to make Young even more effective, giving Atlanta another weapon at shooting guard. The 28-year-old averaged 15.1 points and shot 37.2% from 3-point range for the Kings last season.

“It’s no secret that one of our biggest areas of focus in free agency was adding shooting and quality depth," Schlenk said. "With Bogdan as part of our incoming group, we feel those are now areas of strength.”

This is exactly what the Hawks had in mind when they began a major overhaul in 2017, only two years removed from a surprising 60-win season and run to the Eastern Conference final.

Schlenk stuck to his plan of building first through the draft, hoarding young talent while taking on big-money contracts that would come off the books about the time he thought his squad was ready to make a major leap forward.