Rocky the stowaway owl is back in the wild.

The tiny Saw-whet owl was named Rockefeller after it was found by a worker setting up the holiday tree at Manhattan’s Rockefeller Center. The owl was apparently trapped in the 71-foot-tall (22-meter-tall) Norway spruce when it was cut down 170 miles (275 kilometers) north, in upstate New York on Nov. 12.

The female owl, initially thought to be male, was uninjured but hadn't eaten for at least three days when she was discovered and sent to Ravensbeard Wildlife Center in the Hudson Valley town of Saugerties. There, a rehabilitator nursed her back to health for a week with plenty of mice before Rocky was cleared to continue her migratory journey south. 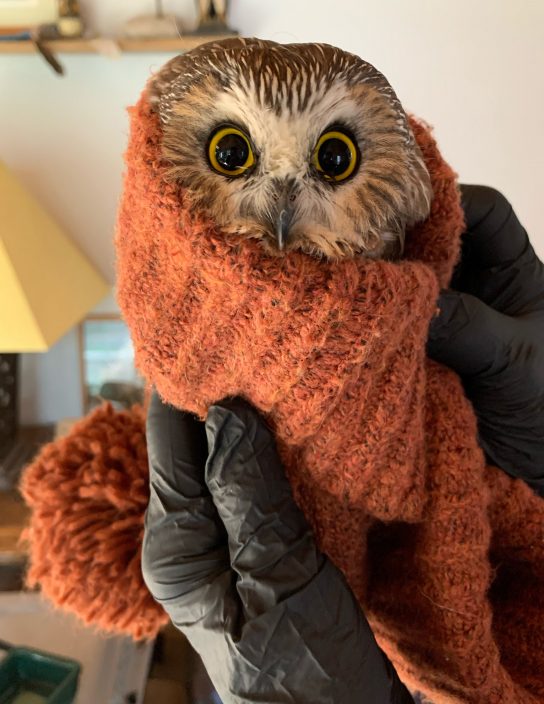 On Tuesday evening, rehabilitator Ellen Kalish held the winsome raptor aloft in a field against a backdrop of rounded mountains. In a video posted on Ravensbeard's Facebook page, Rocky sits quietly on Kalish's fingers before winging her way over to a nearby grove of pines.

“She is a tough little bird and we’re happy to see her back in her natural habitat,” the center wrote on Facebook. “We are sure that Rocky will feel your love and support through her journey south.”