Luge officials have called off plans to hold a World Cup race this season on the newly built track for the 2022 Beijing Olympics, citing the ongoing concerns about international travel during the coronavirus pandemic.

The decision means the International Luge Federation is seeking a new site for what was expected to be the last race on this season’s schedule — and that most of the world’s luge athletes will not see the Chinese track for the first time until the Olympic season, which is less than ideal in terms of preparation and planning for the games.

Typically, new Olympic venues hold test events and international training weeks in the year prior to the games. Luge was planning to do the same this season, to help athletes get ready for the 2022 Olympics. 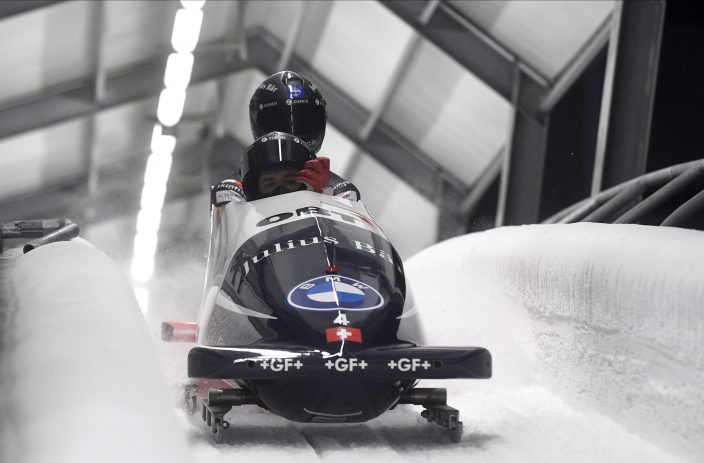 “A postponement of our training week and the test event in China is the safest solution for our athletes and the coaches in the current situation,” FIL President Einars Fogelis said. “We think that the circumstances will be better in the autumn of 2021.”

The decision was made in concert with the International Olympic Committee, luge officials said.

A small number of international luge athletes — none from the U.S. — saw the track last month during what is called pre-homologation, part of the testing process before a new facility is certified as suitable for competition. Bobsled and skeleton tests were held at the track as well during that event, all of the athletes from those sports being members of the Chinese national teams.

“We saw during the pre-homologation in October 2020 that the track is very well planned and built and that the conditions are excellent even in the fall,” Fogelis said.

It would be complex to have a World Cup race in October of any season, especially since many countries don't pick their national teams until November. Many tracks around the world, including the U.S. training base for luge, bobsled and skeleton in Lake Placid, New York, don't even have ice that early in the season.

For now, the bobsled and skeleton World Cup race to be held at the Yanqing complex in March remains on the schedule. The last luge race on the international schedule this season now is the world championships in Konigssee, Germany, from Jan. 29-31, though another World Cup could be added to take Beijing’s place.

Sliders from several countries, the U.S. and Canada among them, are not taking part in World Cup competition in luge, bobsled or skeleton to start this season because of the pandemic and the challenges that come with international travel. Luge season starts this weekend; bobsled and skeleton opened its World Cup slate last weekend.