The IOC said Wednesday it is weighing formal punishments for Olympic officials in Belarus after widespread reports of reprisals against athletes amid protests against the country’s disputed presidential election.

The authoritarian leader of Belarus, Alexander Lukashenko, claimed a sixth presidential term after an August election seen by many as rigged in his favor.

Lukashenko has also been president of the Belarus Olympic Committee for 23 years. 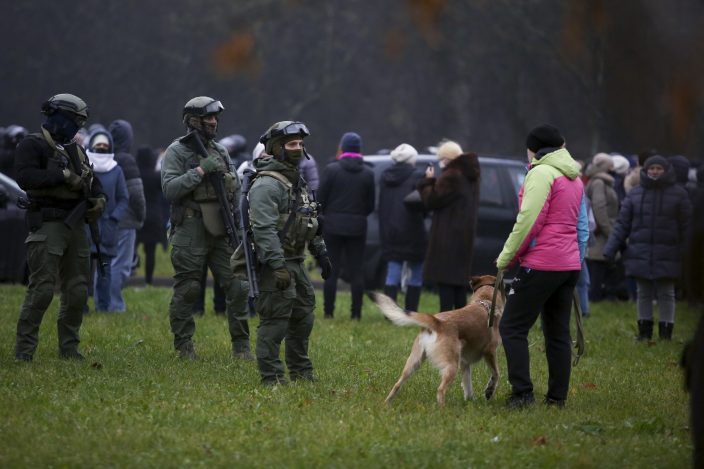 Belarusian riot police stand to block demonstrators during an opposition rally to protest the official presidential election results in Minsk, Belarus, Sunday, Nov. 22, 2020. The Belarusian human rights group Viasna says more than 140 people have been arrested and many of them beaten by police during protests calling for the country's authoritarian president to resign. The demonstrations that attracted thousands were the 16th consecutive Sunday of large protests against President Alexander Lukashenko. (AP Photo)

After an executive board meeting Wednesday, the International Olympic Committee said it was acting amid “the growing number of worrying reports concerning athletes, officials and sports in Belarus.”

Each Sunday for the past 16 weeks, street protests have called for Lukashenko to resign. Thousands have been detained in an often violent police crackdown.

The IOC said it would consider unspecified “appropriate measures or sanctions” against the Belarusian Olympic body for possible breaches of the Olympic charter, without naming Lukashenko. 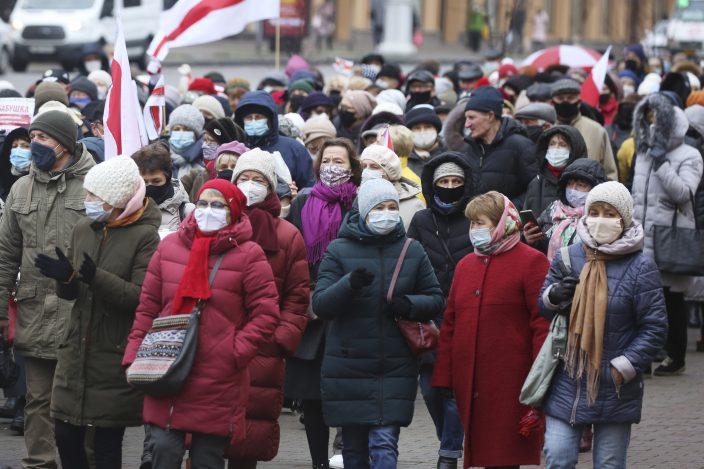 Belarusian pensioners wearing face masks to protect against coronavirus attend an opposition rally to protest the official presidential election results in Minsk, Belarus, Monday, Nov. 23, 2020. Large crowds of retirees have protested in the Belarusian capital to demand the resignation of the country's authoritarian leader who won his sixth term in office in a disputed election. Over 2,000 pensioners marched down a central avenue in Minsk in what has turned into a regular Monday rally. (AP Photo)