Teddy Bridgewater takes a moment before every kickoff and says to himself: “I’m blessed.”

That has been the quarterback’s mentality even before a devastating knee injury in 2016 nearly ended his football career.

But the injury — and his long road back to becoming an NFL starter — has served as a steadfast reminder to never take anything in life for granted. And, to stay positive along the way. 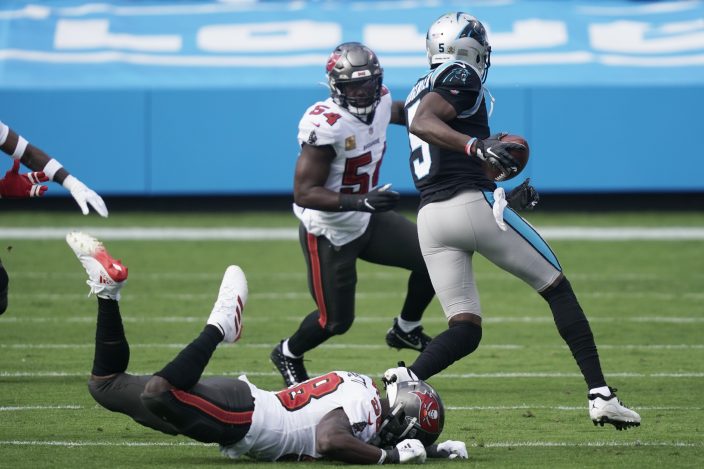 “I just remind myself that there is somebody out there going through something 10 times worse than I may be experiencing at this moment,” the Panthers quarterback said.

On Sunday, Bridgewater returns to Minnesota to face the Vikings, the team for which he played when he suffered a torn ACL and dislocated knee during a non-contact drill in training camp practice 4 1/2 years ago.

Panthers coach Matt Rhule said Bridgewater is expected to play Sunday after missing last Sunday’s game with a minor injury to his other knee, but added that running back Christian McCaffrey (shoulder) is likely out. 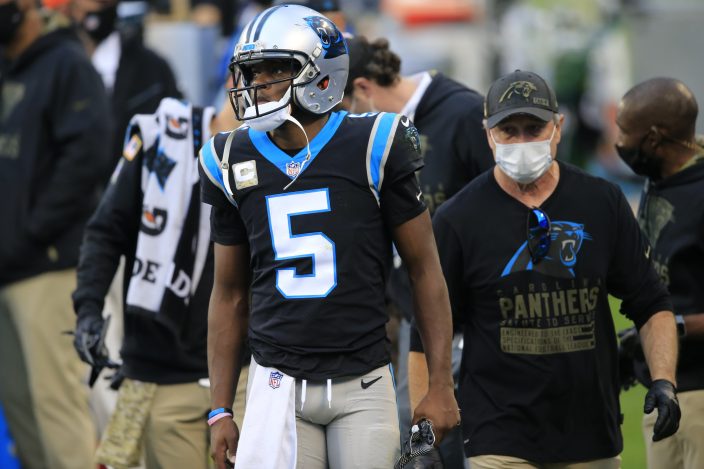 Carolina Panthers quarterback Teddy Bridgewater (5) walks off the field after being injured on a sack against the Tampa Bay Buccaneers during the second half of an NFL football game, Sunday, Nov. 15, 2020, in Charlotte, N.C. (AP PhotoBrian Blanco)

Bridgewater still has friends on the Vikings and remains close to coach Mike Zimmer.

Vikings tight end Kyle Rudolph called Bridgewater the most likeable person that he's been around over the past decade in Minnesota. 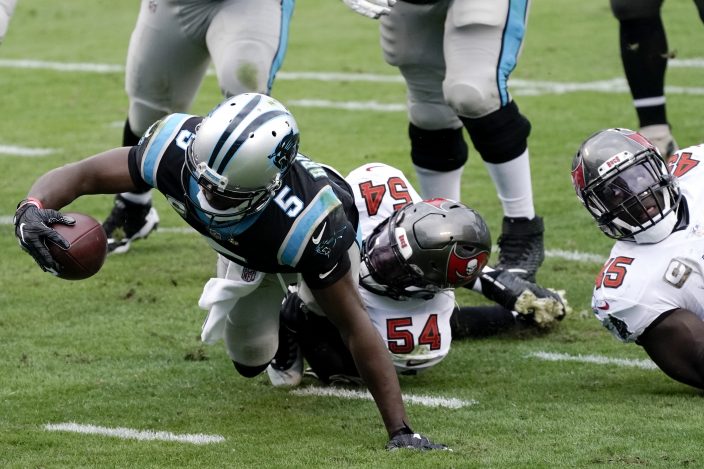 Carolina Panthers quarterback Teddy Bridgewater (5) lunges into the end zone for a touchdown against the Tampa Bay Buccaneers during the second half of an NFL football game, Sunday, Nov. 15, 2020, in Charlotte , N.C. (AP PhotoGerry Broome)

After Bridgewater's injury, Rudolph and teammates Adrian Peterson and Michael Griffin went to visit the QB in the hospital.

There, Bridgewater joked about how his comeback would be even more impressive than Peterson's, who bounced back from a torn ACL in 2011 and was the NFL's Most Valuable Player the following season.

“Just his energy, his positive outlook on everything,” Rudolph said. “He was the most positive one in the room — and yet here he’s the one sitting in the hospital bed not knowing if he was every going to play football again. That’s just something that’s contagious.” 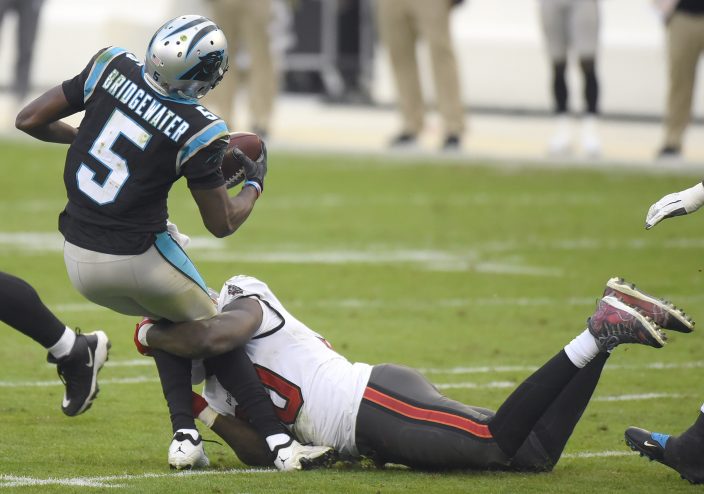 Rhule has seen that contagious personality first hand, noticing how players flock to him.

Rhule called it amazing how Bridgewater has maintained that positive attitude despite what he's been through.

“Sometimes the deep, dark places that you can go to when you're injured," Rhule said. “... You wake up and you're in pain, you're constantly having to push your body to the next step. It becomes part of your life and it can wear on you and it can become depressing and it can be mentally exhausting.” 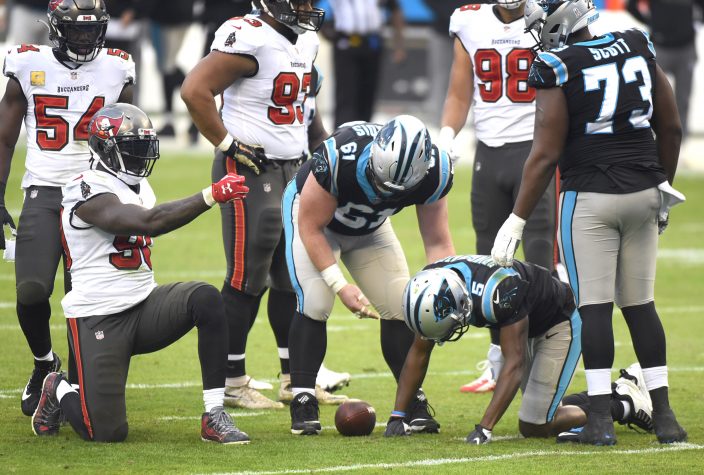 “You never see him down," Moore said. “Coming off his injury, he still seems upbeat and never looks back and never dwells on it.”

Zimmer, who allowed Bridgewater to walk as a free agent following the 2017 season, still stays in touch with the QB. Before the season he told Bridgewater he hopes he wins 15 games — every one except this Sunday. 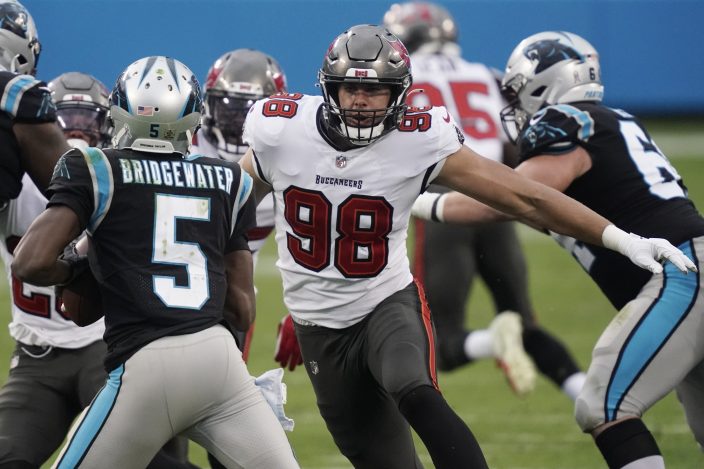 “He’s just one of those guys that’s always in a good mood,” Zimmer said. “Everybody gravitates towards him. Nothing really phases him, just goes about his business.”

Bridgewater didn't want to talk much about his return to Minnesota, even though he knows it will be a talking point. The Panthers (4-7) are looking to build on a 20-0 win last week against the Detroit Lions and he wants the focus on on that.

For him, this is just another game he considers himself blessed to play in.

“I tell myself every day I get the same 24 hours as the guys mopping floors at hospitals or schools, so it’s about how I maximize my 24 hours," Bridgewater said.

"I see myself as a humble servant and one of my approaches in life is to make those around me better, whether that is by being positive or just giving a smile, or just little things that go along with it.”

Lions hire GM Brad Holmes after he wasn't on origi ...

Brad Holmes was not even a candida ...