Courtney Ramey had 20 points and six assists and No. 19 Texas opened the season with a 91-55 victory over Texas-Rio Grande Valley on Wednesday night.

Ramey was 7 of 11 from the field, hitting two 3-pointers. Several Texas players made significant contributions on offense and the Longhorns shot 57.4%. 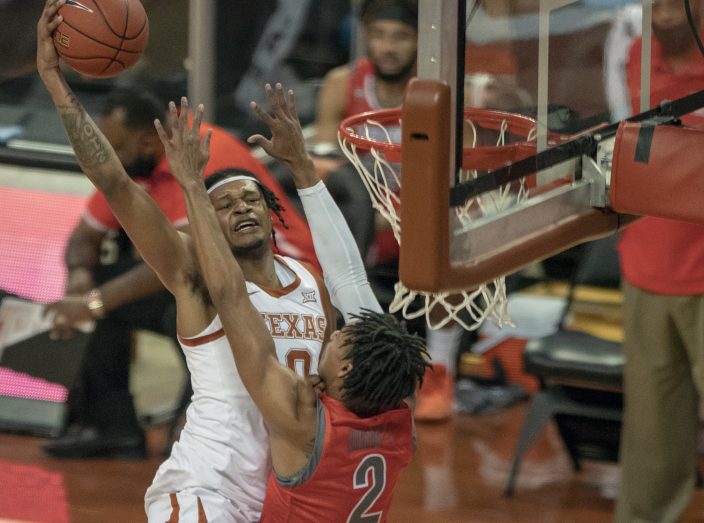 Texas guard Andrew Jones missed the game for precautionary reasons due to a cough, a team spokesman said. Jones missed most of the 2017-2018 and 2018-19 seasons after he was diagnosed with leukemia. He appeared in all 31 games last season.

With Jones out, Kai Jones moved into the starting lineup, hit all six of his shots and grabbed eight rebounds.

The Vaqueros missed 16 of their first 17 shots, falling behind 17-4. But they competed nearly evenly for the rest of the half, using a 10-0 push to trail 45-29 at the break. Quinton Johnson scored the first five points of the run. Johnson led UTRGV with 13 points. The Vaqueros shot only 26.1%. 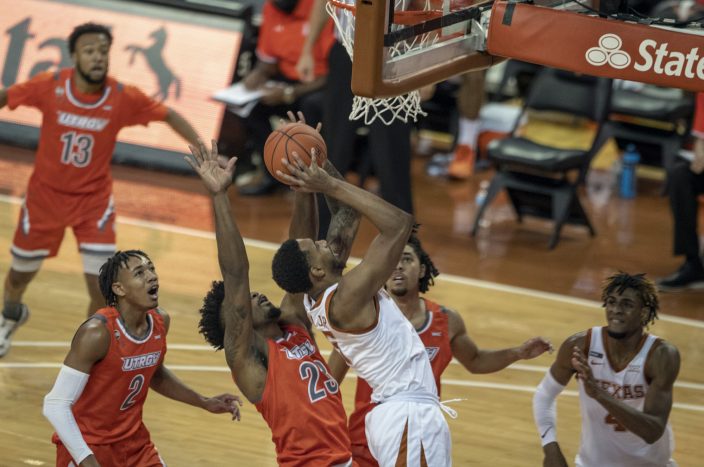 Texas-Rio Grande Valley: The Vaqueros, 14-16 last season, are picked by Western Athletic Conference coaches to finish third in the nine-team league. They have five returning players who started 10 or more games. Senior guard Javon Levi ranked second nationally in assists per game last season (7.96) and averaged 11.4 points. But Levi produced two points and no assists against Texas on a poor shooting night for UTRGV.

Texas: Coach Shaka Smart has 12 scholarship players back from last season. He has nine who were ranked among the top 60 nationally in their recruiting classes, including freshman Brown. Smart says that at times in the past he has deployed too many players. He wants to develop a manageable rotation. With Andrew Jones and the injured Jase Febres out, Smart used nine of his 11 available players. 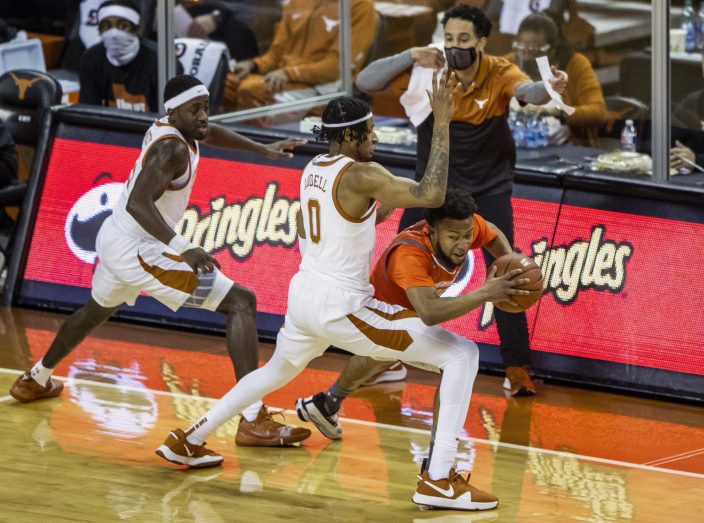 Texas faces Davidson on Monday in Asheville, North Carolina, as part of the relocated Maui Invitational.