The Saudi International in its third year is shaping up as one of the strongest field on the European Tour with commitments from Masters champion Dustin Johnson, U.S. Open winner Bryson DeChambeau and a curious one from Paul Casey.

Tournament organizers said Thursday that seven members of Europe's last Ryder Cup team will play the Saudi International on Feb. 4-7, the same week of the Phoenix Open on the PGA Tour.

Johnson won the inaugural Saudi International in 2019 and was runner-up last year to Graeme McDowell. DeChambeau also played the first year, while Phil Mickelson signed up again for 2021 after a tie for third in Saudi last year. 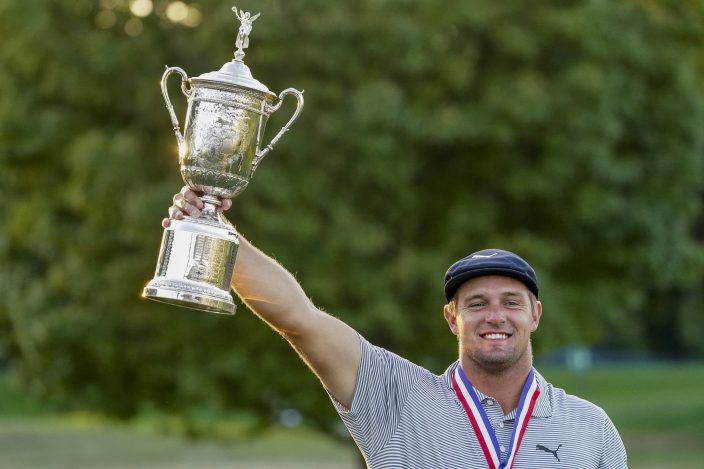 FILE - Bryson DeChambeau holds up the winner's trophy after winning the U.S. Open Golf Championship in Mamaroneck, N.Y., in this Sunday, Sept. 20, 2020, file photo. DeChambeau validated his move toward more distance when he was among the three major champions this year. (AP PhotoJohn Minchillo, File)

The surprise was Casey, who made it a point of saying he would not be playing when the tournament began in 2019. He noted his sponsorship of UNICEF, which is on his golf bag, and said he would prefer to “sit this one out.” In an interview with the London-based Independent that spring, however, Casey said, “I would be a hypocrite” if he received appearance money to play the Saudi International.

Players were criticized for going, especially the first year, because it was held some three months after the killing of Jamal Khashoggi, who wrote critically of Crown Prince Mohammed bin Salman in columns for The Washington Post. Johnson said he was going to play golf, not support the government. “I'm not a politician. I'm a golfer,” he said in 2019.

Mickelson was criticized in part for skipping the Phoenix Open, where he is among the biggest draws as a past champion and Arizona State graduate. 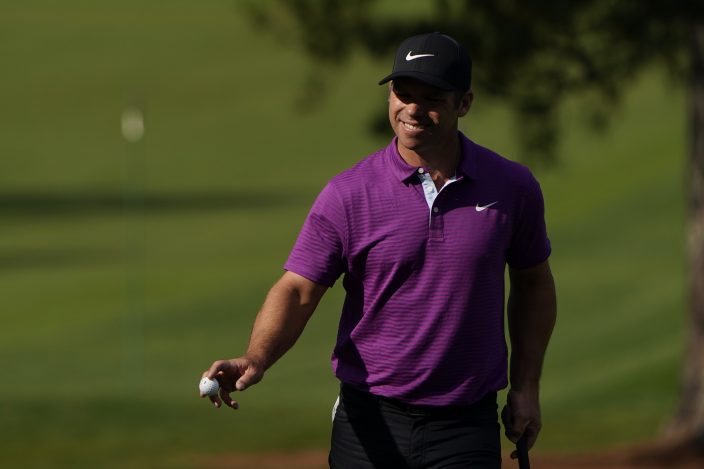 Paul Casey, of England, holds up his ball after putting on the seventh green during the final round of the Masters golf tournament Sunday, Nov. 15, 2020, in Augusta, Ga. (AP PhotoChris Carlson)

For the Europeans, a strong field could go a long way toward their bid to make the Ryder Cup team through world ranking points. Europe's qualification process was frozen when the matches were postponed until September 2021 because of the COVID-19 pandemic. It resumes in January.

“With Ryder Cup qualification on the line, I am obviously looking to get my campaign off to a fast start and getting a decent finish or winning the Saudi International against such a stellar field would be massive,” Ian Poulter said. “It’s been a really weird year with COVID, so we are all looking forward to a fresh start in 2021.”

Casey renewed his membership with the European Tour to play in the 2018 Ryder Cup. Others from that winning team in France who have committed to the Saudi International are Poulter, Justin Rose, Sergio Garcia, Tommy Fleetwood, Tyrrell Hatton and Henrik Stenson. 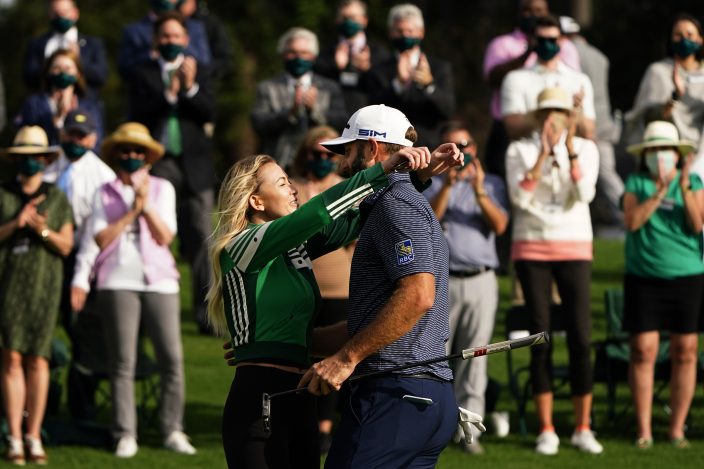 The field will have three reigning major champions, with British Open champion Shane Lowry also playing. Patrick Reed is going for the third straight year. He finished 56th the first year and missed the cut in January. Reed currently leads the Race to Dubai with the final event two weeks away.