Suspensions, injuries and the coronavirus, Schalke must be hoping it can get no worse.

Bottom in the Bundesliga after a club-record 24 games without a win over two seasons, Schalke looks a good candidate to match Tasmania Berlin’s league record of 31 games without a victory from the 1965-66 season.

Not helping matters, Schalke coach Manuel Baum is finding it hard to put a side together for Saturday’s league game at Borussia Mönchengladbach. 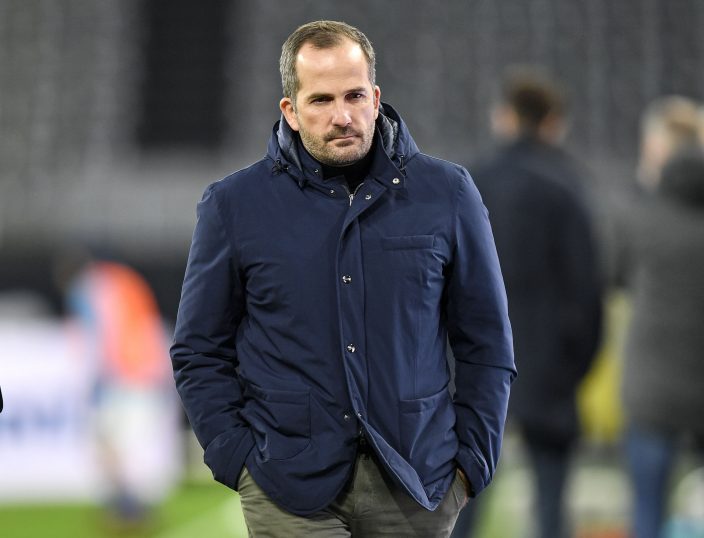 The club announced Thursday that one unnamed player tested positive for COVID-19 a day earlier. It adds to the injury list of forwards Gonçalo Paciência and Ahmed Kutucu, winger Rabbi Matondo, center back Salif Sané and goalkeeper Ralf Fährmann.

Adding to all that, experienced striker Vedad Ibisevic is on his way out, and Algeria midfielder Nabil Bentaleb and Moroccan midfielder Amine Harit were suspended by the club on Tuesday, when technical director Michael Reschke also agreed to leave with immediate effect.

Reschke, who joined the Gelsenkirchen-based club in 2019, had been responsible for squad planning among other duties.

“Ultimately we had a different view for the sporting future of the club,” sporting director Jochen Schneider said.

The 36-year-old Ibisevic, who joined Schalke with a contract for one season on Sept. 3, will have his contract ended on Dec. 31, while Schneider said Bentaleb is to leave at the end of this season “at the latest.”

Ibisevic was apparently punished for a heated verbal exchange with Baum’s assistant Naldo in training.

Harit refused to acknowledge Baum when he was taken off in the 38th minute of Schalke’s 2-0 loss at home to Wolfsburg last weekend. French defender Benjamin Stambouli also showed his displeasure in being taken off at halftime in the loss, but he went unpunished.

“We spoke with Benji. Everything is sorted,” Schneider said on the club website.

Baum defended the club’s disciplinary actions despite the possible impact on Saturday’s game.

“No player should be able to put his own ego above the team. It’s important that we have 11 players or more on the field that will play with passion and full commitment,” Baum said. “The team was also happy that the decisions were made that way.”

Baum, who was appointed Schalke coach on Sept. 30, has overseen three draws and three defeats since taking over, as well as a 4-1 win at fourth-tier Schweinfurt in the German Cup.

Baum had been working with Germany’s youth teams after he was fired by Augsburg in April 2019 with the team dangerously close to the relegation zone.

“Our biggest problem is the results disappoint every week,” Baum said of his latest troubles.

Schalke’s last win came against Gladbach on Jan. 17, but Marco Rose’s team has looked solid in the Bundesliga so far. Gladbach has three wins and three draws from eight games, while it has also impressed in the Champions League. Gladbach beat Shakhtar Donetsk 4-0 on Wednesday.

Michaels signs a deal with Apollo to go private

Dortmund seeking a lift in derby against troubled Schalke