Coming off two straight slalom wins in Finland last weekend, Vlhova won the first run of the final against Moltzan by 0.21 seconds. The American seemed to have made up the deficit in the deciding run on the faster blue course but she crashed four gates short of the finish.

It was the American’s first career podium on the World Cup, less than six weeks after she earned her first top 10 at the season-opening giant slalom in Austria. 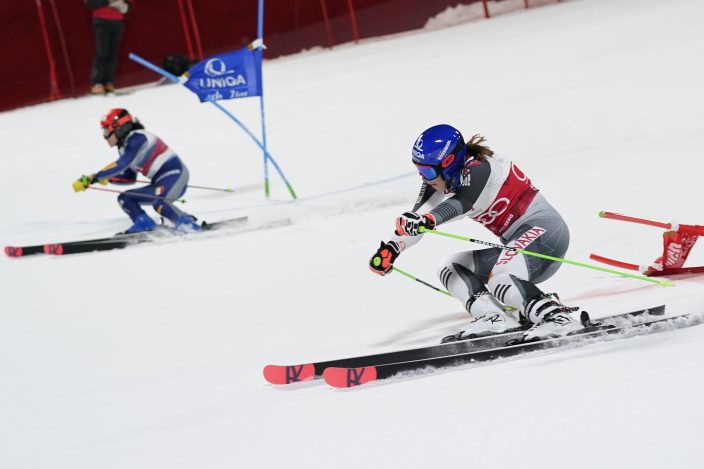 Vlhova extended her lead in the overall standings. The World Cup slalom champion from Slovakia was on the podium in all four races so far, having finished third in the season-opening giant slalom in October.

Former overall champion Lara Gut-Behrami, who was the fastest in qualification earlier Thursday, finished third after beating Sara Hector in the small final.

Mikaela Shiffrin, who returned from her 10-month break from racing with second and fifth-place finishes in Finland last weekend, skipped the event. 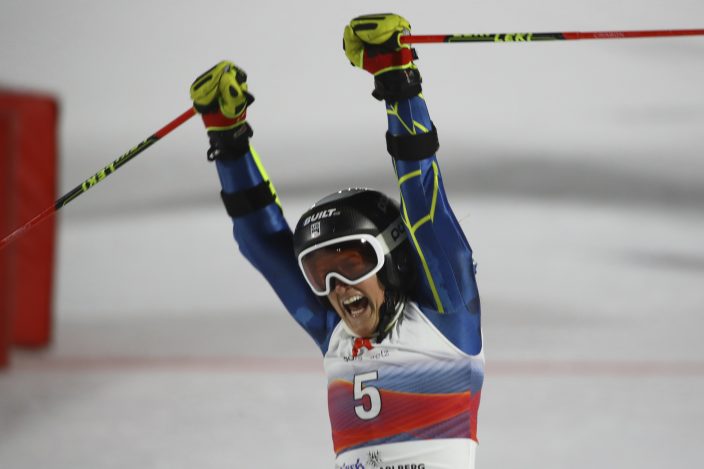 The three-time overall champion preferred to train for upcoming super-G races and giant slaloms. Limited in her options by the pandemic and a back injury, Shiffrin had only trained slalom recently.

In the absence of her teammate with 66 World Cup wins, Moltzan came close to her first.

Moltzan grew up in Minnesota and trained on the same slope, Buck Hill, as retired standout Lindsey Vonn a decade earlier. 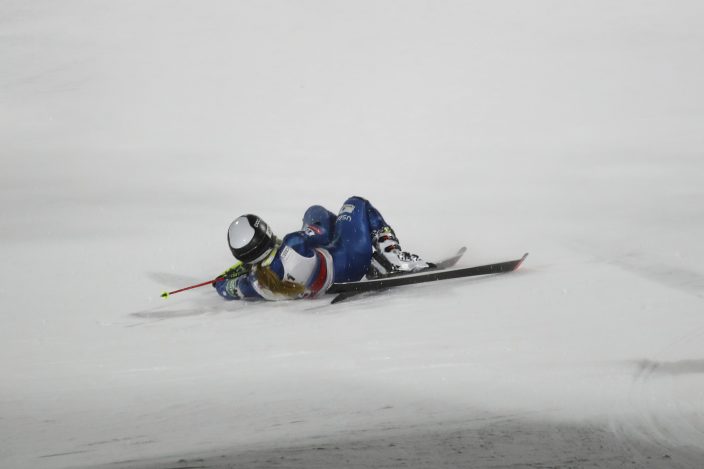 Moltzan earned her first World Cup points in 2015 but was later dropped off the team. She went to the University of Vermont in 2017 but rejoined the World Cup in 2018-19 after two years away.

All rounds were contested over two legs, with skiers having one run on each course and the shortest aggregate time determining the winner.

To keep the event within a TV friendly time frame, only 16 starters were allowed.

Some of the pre-race favorites, including Wendy Holdener, Alice Robinson, Sofia Goggia and Tessa Worley, were eliminated earlier in the qualification runs, necessary to reduce the field of 68.

Kristina Riss-Johannessen posted the fastest time in the first qualifying run but the Norwegian failed to finish her second, while Moltzan qualified in fifth.

Michelle Gisin, who was runner-up to Vlhova in the overall standings, opted not to race in order to focus on training, with two super-G races in St.-Moritz in her native Switzerland on 5-6 December coming up next.