This photo gallery highlights some of the most compelling images made or published by Associated Press photographers in the Europe and Africa regions.

The gallery was curated by AP photographer Pavel Golovkin in Moscow.

A man runs on a walkway of steel vaults, called the Agora, at the Athens Olympic Stadium complex as the sun sets, on Friday, Nov. 20, 2020. The government imposed a second lockdown nationwide on Nov. 7, expanding regional restrictions, following a dramatic surge in COVID-19 cases (AP PhotoPetros Giannakouris) 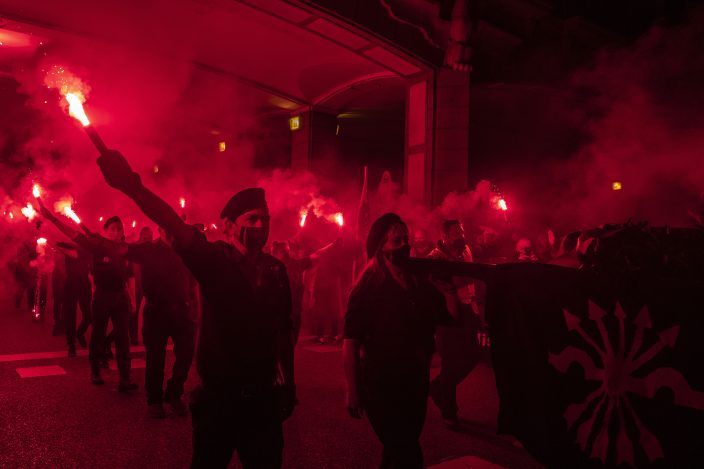 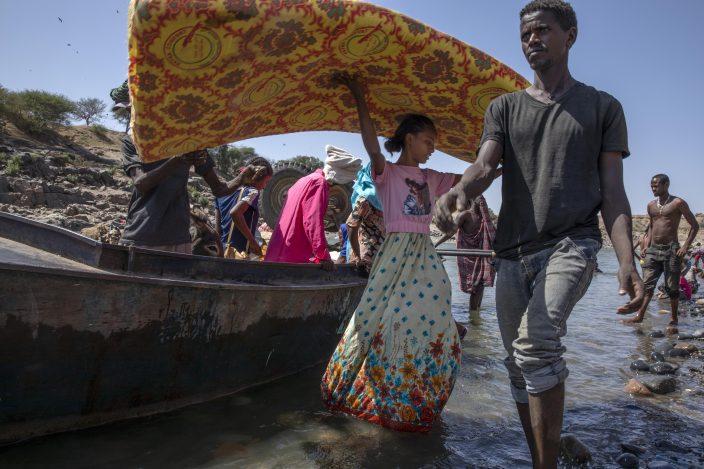 Tigray refugees who fled the conflict in the Ethiopia's Tigray region carry their belongings off a boat after arriving on the banks of the Tekeze River on the Sudan-Ethiopia border, in Hamdayet, eastern Sudan, Saturday, Nov. 21, 2020. The U.N. refugee agency says Ethiopia's growing conflict has resulted in thousands fleeing from the Tigray region into Sudan as fighting spilled beyond Ethiopia's borders and threatened to inflame the Horn of Africa region. (AP PhotoNariman El-Mofty) 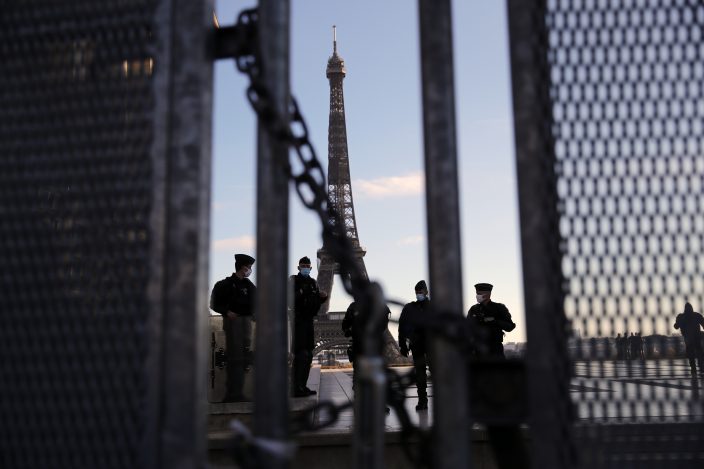 Policemen stand guard behind a security fence during a protest against bill on police images, in Paris, Saturday, Nov. 21, 2020. Thousands of people took to the streets in Paris and other French cities Saturday to protest a proposed security law they say would impinge on freedom of information and media rights. The Eiffel tower is seen background. (AP PhotoChristophe Ena) 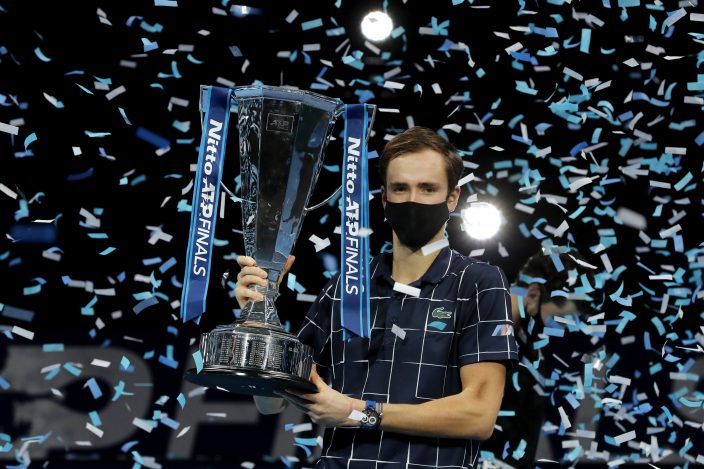 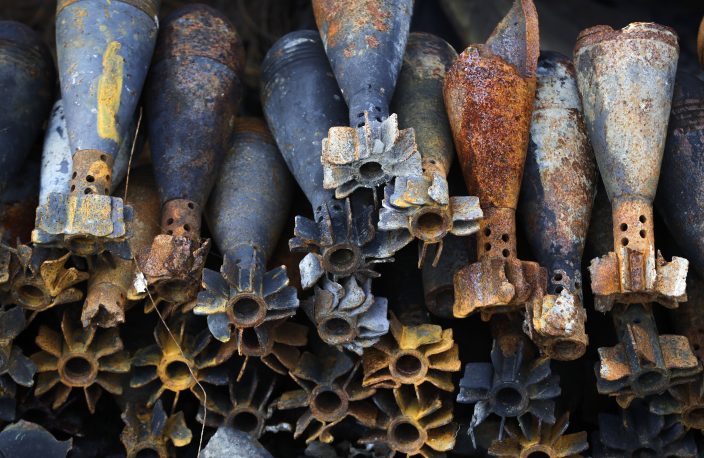 Burnt mortars stored at a damaged ammunition store near Aeygestan, in outskirts of Stepanakert, the capital of the separatist region of Nagorno-Karabakh, Monday, Nov. 23, 2020. The ammunition store was hit by Azerbaijanian forces on Oct. 5 and will be soon cleared of unexploded rockets, cannon rounds and grenades. (AP PhotoSergei Grits)

Migrants, most of them from Morocco, are watched by Spanish Police after arriving at the coast of the Canary Islands, Spain on Monday, Nov. 23, 2020, after crossing the Atlantic Ocean sailing on a wooden boat. (AP PhotoJavier Bauluz) 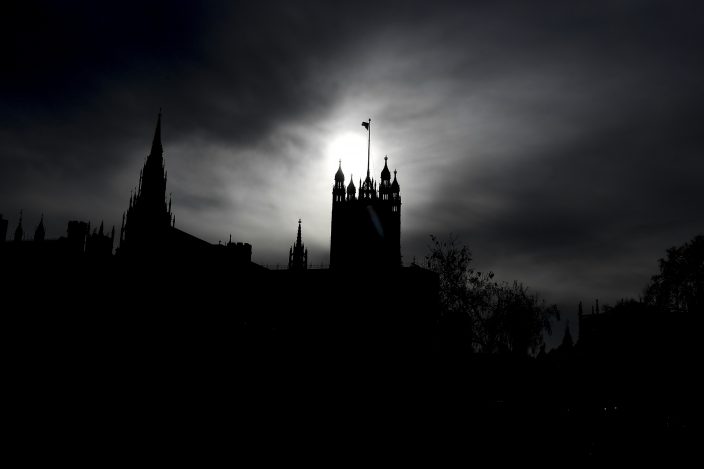 The Victoria Tower in Westminster, in London, Tuesday, Nov. 24, 2020. Haircuts, shopping trips and visits to the pub will be back on the agenda for millions of people when a four-week lockdown in England comes to an end next week, British Prime Minister Boris Johnson said Monday. (AP PhotoAlberto Pezzali) 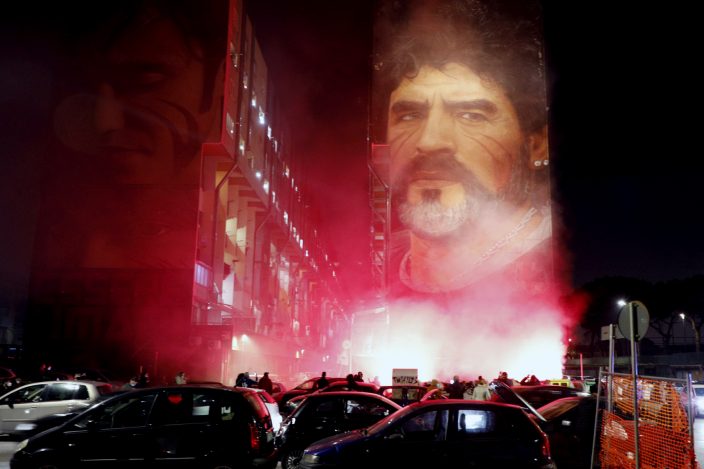 People light flares as they gather under a mural depicting soccer legend Diego Maradona, in Naples, Italy, Wednesday, Nov. 25, 2020. Diego Maradona has died. The Argentine soccer great was among the best players ever and who led his country to the 1986 World Cup title before later struggling with cocaine use and obesity. He was 60. (Fabio SassoLaPresse via AP) 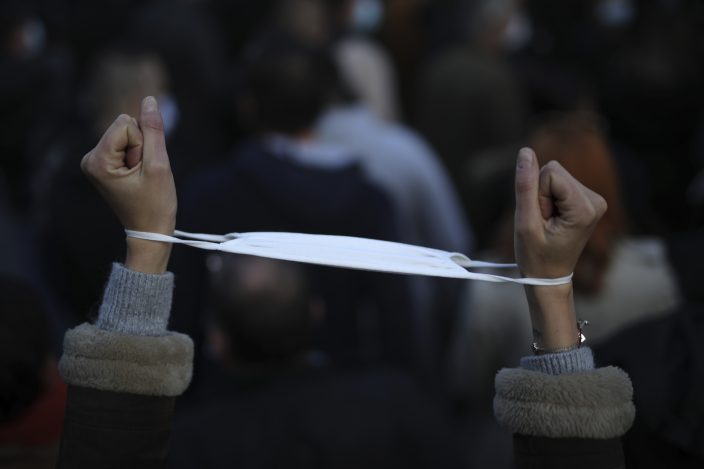 A demonstrator has her mask around her cuffs as restaurants, bars and night clubs owners demonstrate in Marseille, southern France, Thursday Nov.26, 2020. The government laid out details Thursday of a gradual easing of France's monthlong virus lockdown, including hundreds of millions of euros in new aid for struggling workers and students and businesses forced to close. (AP PhotoDaniel Cole)

As soon as the lifeless body is si ...