The Obama-Biden administration was a charmed era for America's tech companies — a moment when they were lionized as innovators, hailed as job creators and largely left alone.

Now Joe Biden is coming back, this time as president. But times have changed. The halcyon days of an adoring Washington are unlikely to return when Biden takes the oath of office in January, with mounting legislative and regulatory challenges to the industry — including stronger enforcement of antitrust laws — nearly certain to outlast the tenure of President Donald Trump.

“The techlash is in full force," said Eric Goldman, a law professor at Santa Clara University and co-director of its High Tech Law Institute. 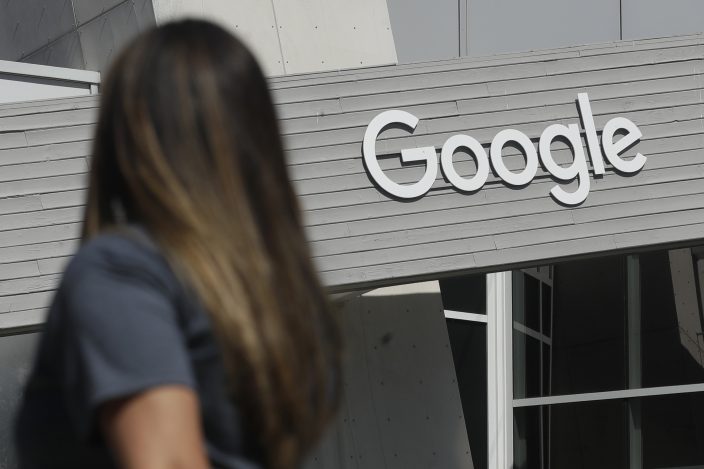 FILE - In this Sept. 24, 2019, file photo a woman walks below a Google sign on the campus in Mountain View, Calif. In the years since Barack Obama and Joe Biden left the White House, the tech industry's political fortunes have flipped. Facebook, Google, Amazon and Apple have come under scrutiny from Congress, federal regulators, state attorneys general and European authorities. (AP PhotoJeff Chiu, File)

In the years since Barack Obama and Biden left the White House, the tech industry's political fortunes have flipped. Facebook, Google, Amazon and Apple have come under scrutiny from Congress, federal regulators, state attorneys general and European authorities. Twitter has found itself in frequent run-ins with lawmakers over its policies for moderating content on its platform. And companies have seen their political support in Congress erode.

Lawmakers on both sides of the aisle champion stronger oversight of the industry, arguing its massive market power is out of control, crushing smaller competitors and endangering consumers’ privacy. They say the companies hide behind a legal shield to allow false information to flourish on their social media networks or to entrench bias.

In steps Biden, who may aim to take a bite out of the dominance of Big Tech and may welcome an opportunity to work with the opposing side to curb the power of a common adversary. 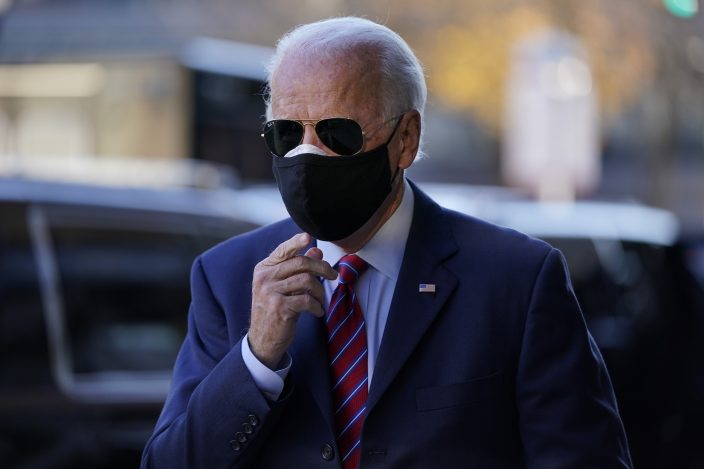 FILE - In this Nov. 23, 2020, file photo President-elect Joe Biden walks from his motorcade to speak to members of the media in Wilmington, Del. The big tech companies enjoyed a cozy relationship with the Obama-Biden administration. Joe Biden is back now, ready to take the presidential mantle in January. But times have changed, and Big Tech is hardly expecting a return to those halcyon days. (AP PhotoCarolyn Kaster, File)

As a presidential contender, Biden said the breakup of big tech companies should be considered. Dismantling the tech giants is “something we should take a really hard look at,” he told The Associated Press in an interview. He said he wants to see quickly crimped the social media companies' long-held legal protections for speech on their platforms. And he singled out Facebook CEO Mark Zuckerberg for scorn, calling him “a real problem.”

The Biden administration is also expected to press forward with the Trump Justice Department’s new antitrust lawsuit against Google, though its shape likely could be changed.

But if Biden decides to pursue major legislation to overhaul the laws governing tech competition, he’ll have to navigate a tricky congressional and political landscape. 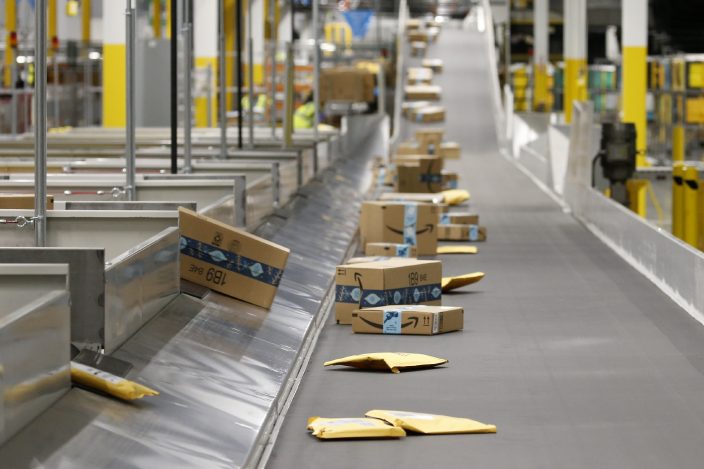 Democratic lawmakers in the House, after a sweeping investigation by a Judiciary Committee panel, called last month for Congress to rein in Big Tech, possibly forcing the giants to break up their businesses while making it harder for them to acquire others and imposing new rules to safeguard competition.

Those kinds of mandated breakups through a legislative overhaul would be a radical step for Congress to take and could be a bridge too far for most Republicans.

Though it hasn’t been settled, Biden faces the possibility of becoming the first Democrat in modern history to take office without his party controlling Congress. Republicans would retain control of the Senate by winning one of two runoff elections in Georgia in January. Democrats have already won the House. 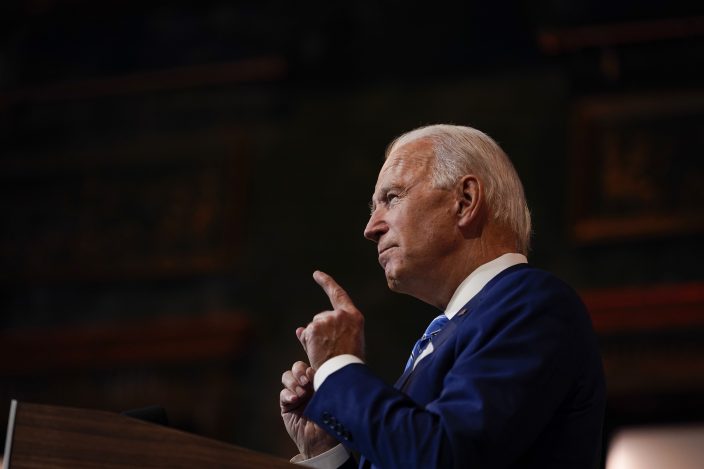 Republican control of the Senate would force Biden to curb his ambitions and pursue a different legislative agenda, one rooted in bipartisanship. Legislation on the tech industry could be one area of possible agreement.

“Biden's strength as a senator was exactly trying to broker those kinds of deals," noted Santa Clara University's Goldman.

But what may emerge in the end is a heavy reliance on executive power through more vigorous enforcement of existing antitrust laws, said Jerry Ellig, a former government official and professor at George Washington University’s Regulatory Studies Center. Republican lawmakers are likely to hang together in opposing fundamental changes to the tech industry, which also could affect smaller companies, while Democrats could be pulled in different directions.

The Justice Department's landmark suit last month accused Google of abusing its dominance in online search and advertising to boost profits — the government’s most significant attempt to protect competition since its groundbreaking case against Microsoft over 20 years ago.

Then there’s the issue of legal protection for speech on the social media platforms of Facebook, Twitter and Google: another area of agreement between the two parties, though for different reasons.

Momentum has built in Congress toward curbing some of the bedrock protections that have generally shielded the companies from legal responsibility for what people post on their platforms. Republicans accuse the companies of anti-conservative bias that erases those viewpoints on social media while allowing what they describe as extreme leftist and anti-American rhetoric to thrive.

Democrats’ concern focuses on hate speech and conspiracy theories that have sometimes incited physical violence and on the amplification on tech platforms of falsehoods from Trump — most notably allegations of fraud in ballot counting in the recent election.

The social media companies' CEOs rebuffed accusations of anti-conservative bias at a Senate hearing last month and promised to aggressively defend their platforms from being used to sow chaos in the Nov. 3 election.

Critics in both political parties say the immunity under Section 230 of a 1996 telecoms law enables the social media companies to abdicate their responsibility to impartially moderate content.

Biden has said that Section 230 “immediately should be revoked."

Given the landscape in Congress and the factions of views on material seen by nearly everyone on the planet, quick action may be difficult.

If consensus legislation does emerge, suggests George Washington’s Ellig, “They’ll make it vague enough so everyone can claim victory.”

Portugal chooses a president amid a severe pandemic sur ...

The unrelenting increase in COVID- ...