When Dalvin Cook arrived in Minnesota in 2017, the Vikings assigned him a cubicle at the practice facility next to a player recovering from injury who wasn't certain to see the field again.

Teddy Bridgewater became Cook's fast friend in that corner of the locker room, with unconditional support from a fellow native of Miami who could relate to being so far from home. The bond only strengthened when the rookie running back became a rehab regular himself.

“He put it all on a platter and just laid it on the line for me of how to be a pro, how to handle your business, how to go to meetings, everything,” said Cook, who tore his ACL in his fourth NFL game. 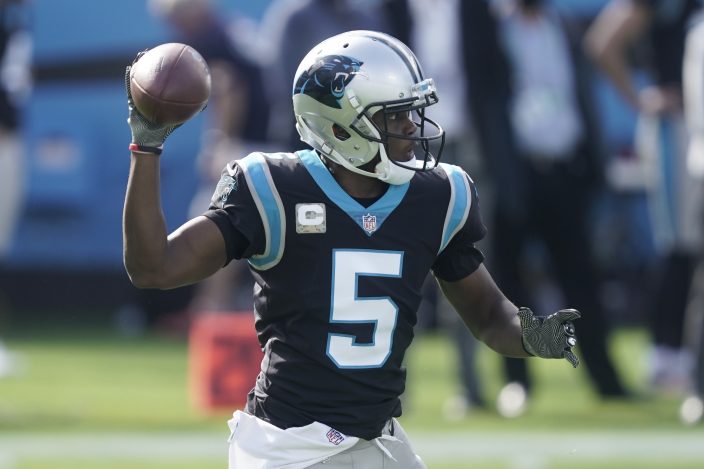 Bridgewater had wrecked his knee even worse prior to the previous season, needing an ambulance ride to the hospital to avoid amputation. He worked his way back to the active roster in 2017, further cementing his reputation as one of the most popular and respected players in the league. This year, when Bridgewater signed with the Carolina Panthers, he became a starting quarterback again for the first time since that fateful step on the practice field on Aug. 30, 2016.

Bridgewater, who sat out last week's game with a minor knee injury but is on track to return this week, will visit the Vikings (4-6) with the Panthers (4-7) on Sunday. 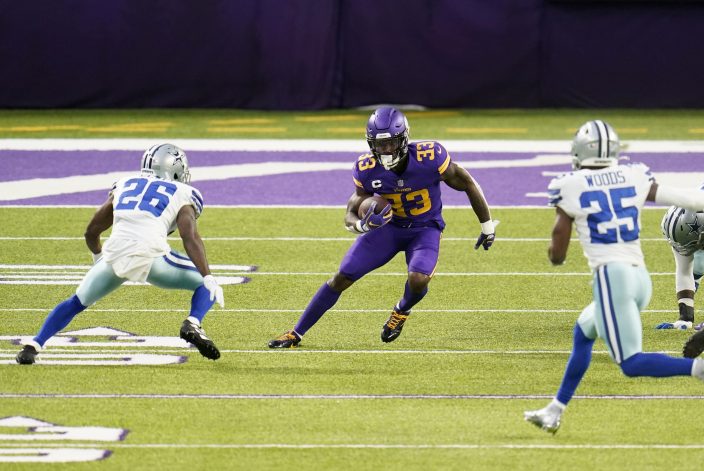 Christian McCaffrey has averaged 125 yards from scrimmage and has six touchdowns in the three games he’s played for the Panthers this season, but injuries have beset the 2019 All-Pro. He missed six games with a high ankle sprain earlier and will likely sit out a third straight game on Sunday with a shoulder problem.

“We are not really expecting him to play,” coach Matt Rhule said. "We are just trying to get him comfortable.”

Mike Davis, who's second among NFL running backs with 49 receptions, will again take the lead if McCaffrey is sidelined. Rodney Smith, an undrafted rookie out of Minnesota, follows Davis on the depth chart.

The Vikings lead the NFL in red-zone offense, turning 78% of their trips inside the 20-yard line into touchdowns, and they're third in the league with a 90% rate at reaching the end zone in goal-to-go situations. That success has left kicker Dan Bailey a little lonelier on the sideline than usual. He has not attempted a field goal in four of the last five games. Even his extra points have been reduced by nine 2-point conversion attempts by Minnesota in 10 games.

“The rhythm still feels good, so who knows? We might have 20 attempts in these last six games. It works like that sometimes," Bailey said. "So you just have to stay ready and be ready to go.”

The Vikings, who lead the league with an average of 6.55 yards per play, will test a defense coming off a confidence-boosting shutout of Detroit. The Lions played without rookie running back D’Andre Swift and two key wide receivers, but this was still a remarkable turnaround from the 46 points the Panthers surrendered the previous week to Tom Brady and Tampa Bay.

“I think we looked in the mirror right after the game was done. We saw who needed to be held accountable, and guys came in mentally just ready to battle,” Panthers safety Tre Boston said.

Vikings quarterback Kirk Cousins first met Bridgewater in 2010 at an elite quarterback camp for high school players that Cousins, then at Michigan State, served as a counselor for. Bridgewater made his mark that week by winning the camp's college football video game tournament, but the lasting impression went deeper than that.

“I remember him being really the same person he is now. He had a big smile on his face. He had a great positive attitude the whole week,” Cousins said. “He enjoyed going out. He made football fun.”

SAMUEL ON THE LOOSE

Panthers offensive coordinator Joe Brady has deftly utilized the skills of wide receiver Curtis Samuel, who played some running back at Ohio State. Samuel has been productive on carries out of the backfield and a viable weapon on third downs, using good balance and a trusty spin move to his advantage. He has five touchdowns in the past five games.

“Playing running back mostly my whole life helps me in open-field situations,” Samuel said. “Being able to make people miss, just being able to make angles for myself to get past defenders."