The president of Belarus said Friday that he would not remain in the post he has held for more than 26 years if his country adopts a new constitution.

However, President Alexander Lukashenko did not describe the amendments he is seeking or give a timeline for when a new constitution might be adopted.

Lukashenko has repeatedly raised the prospect of a new constitution since the Aug. 9 presidential election in which he won a sixth term produced protests demanding his resignation. The Belarusian political opposition and some poll workers have alleged the election was rigged. 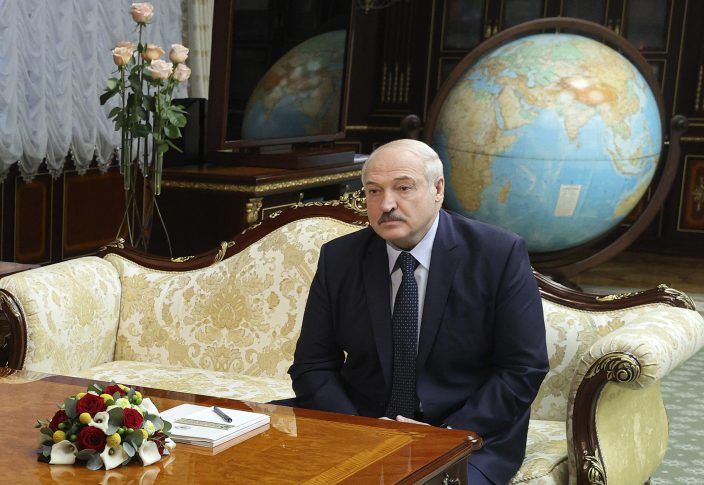 The opposition views the talk of constitutional revisions as a delaying tactic aimed at sapping the momentum of the near-daily protests, which have occurred throughout the country and attracted crowds sometimes numbering more than 100,000.

Belarusian authorities have called for a national assembly of thousands of people in late December or January to discuss proposed constitutional changes.

“I will not work with you as president under the new constitution,” Lukashenko said in comments released by his press service. 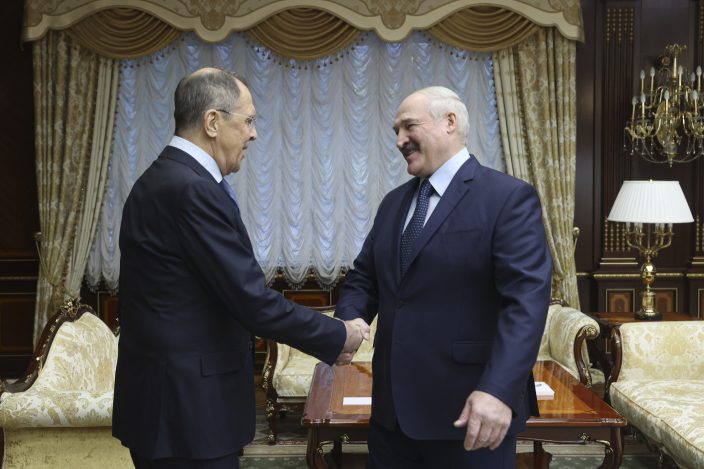 The remarks came a day after Lukashenko met with Russian Foreign Minister Sergey Lavrov, who expressed support for a new Belarusian Constitution. Russia has close ties with Belarus, and Moscow has offered Lukashenko security assistance if he requests it.

Lukashenko, who has been in office since 1994, has refused to negotiate with the opposition on a trasnfer of power or a new presidential election.

Police have taken a hard line against the demonstrations, and human rights activists say more than 19,000 people have been detained and thousands of them beaten.

Over 300 detained in Belarus during protests against leader