New Zealand paid tribute to Diego Maradona when captain Sam Cane laid an All Black jersey — number 10 — on the field before the start of their Tri-Nations test match against Argentina on Saturday.

As the All Blacks lined up to perform the Haka, Cane stepped out, walked toward midfield and laid down the jersey — with Maradona's name and number on it — as Argentine players stood arm-in-arm and watched.

Several Argentine players nodded in acknowledgment of the gesture. 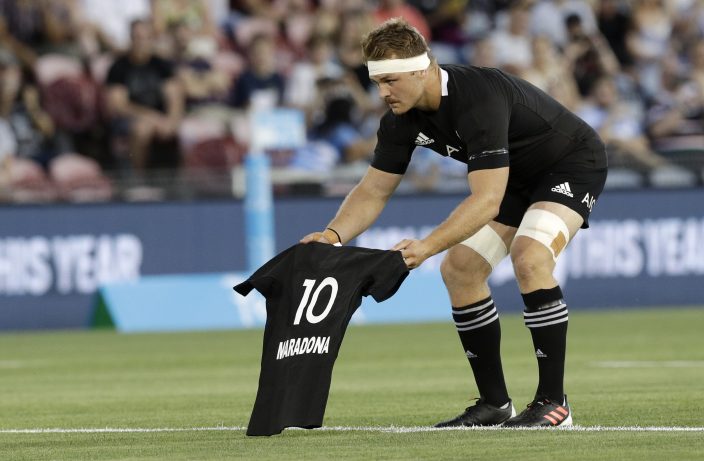 New Zealand captain Sam Cane lays All Black number 10 jersey on the pitch in memory of late Argentina soccer star Diego Maradona prior to the start Tri-Nations rugby test between Argentina and the All Blacks in Newcastle, Australia, Saturday, Nov. 28, 2020. (AP PhotoRick Rycroft)

Maradona died Wednesday of a heart attack at age 60 in a house outside Buenos Aires where he had been recovering from a brain operation Nov. 3.

The soccer star was buried Thursday in a private ceremony — a stark contrast to earlier in the day when tens of thousands of weeping fans filed past his coffin for hours in an observance that mixed head-of-state-like honors with the chaos of a rowdy stadium. 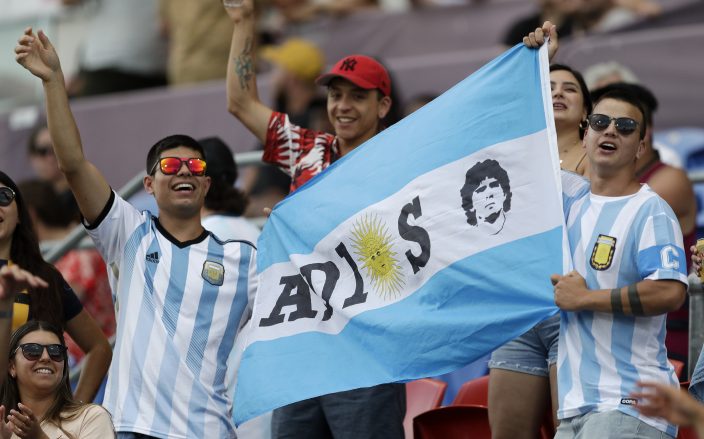 Argentina fans hold a flag in memory of soccer star Diego Maradona ahead of the Tri-Nations rugby test between Argentina and the All Blacks in Newcastle, Australia, Saturday, Nov. 28, 2020. (AP PhotoRick Rycroft)