It has taken 10 games, but West Bromwich Albion finally has a win in the English Premier League.

Sheffield United is still waiting for one.

West Brom squeezed out a 1-0 victory in a battle of the bottom two on Saturday, which proved enough to climb out of the relegation zone at least until Monday when Fulham plays Leicester.

Conor Gallagher cushioned a shot from the edge of the area into the bottom corner in the 13th minute after Sheffield United failed to clear a corner well.

The visitors started and finished better but continued to lack a cutting edge. The most glaring opportunities fell in stoppage time, when Rhian Brewster miss-hit a shot from the edge of the six-yard box that struck a West Brom defender, and fellow substitute Lys Mousset — from even closer to the goal — skied the rebound over the crossbar.

“We have been desperate for a win this season. A game like this was where we needed to pick up points," Gallagher said. “The last 10 minutes felt like an hour but the boys dug deep." 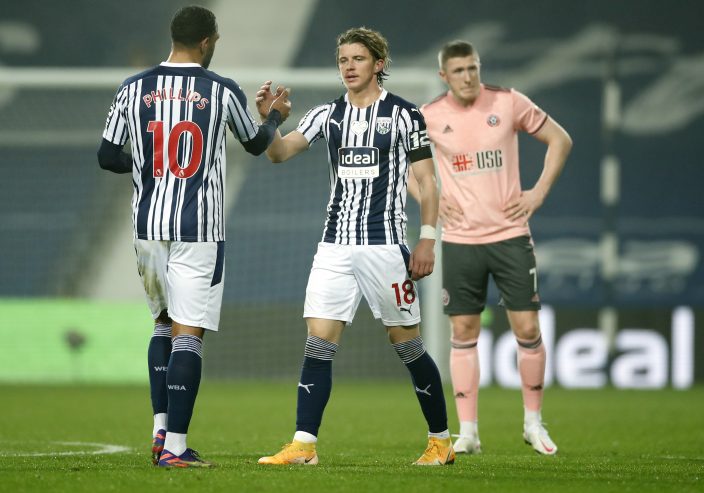 Sheffield United challenged for the European positions until the final weeks of last season before fading. A year later, it is in a relegation battle, having collected a solitary point from 10 games and scored just four goals so far.