French league leader Paris Saint-Germain again dropped points when it was held by Bordeaux to 2-2 as winger Hatem Ben Arfa caused problems against his former club on Saturday.

Ben Arfa spent two unhappy years at PSG after joining in 2016, and during his second season he was even cut from training by former coach Unai Emery.

Bordeaux led when 18-year-old PSG center half Timothee Pembele, on debut, headed into his own net from Ben Arfa's corner in the 10th minute. 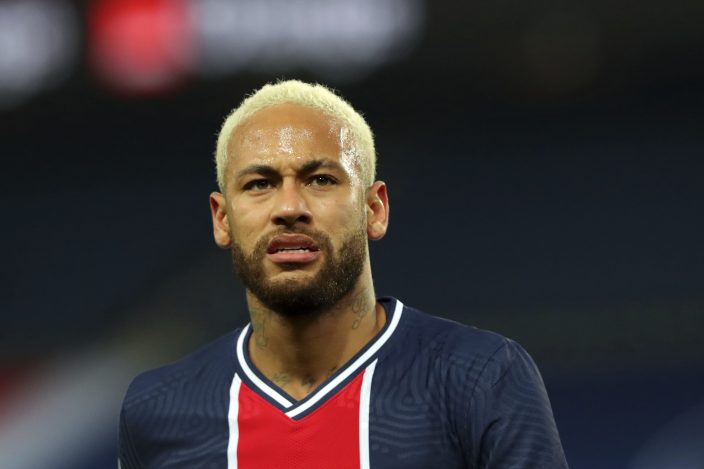 PSG's Neymar looks on during his League One soccer match between Paris Saint Germain and Bordeaux, at the Parc des Princes stadium in Paris, France, Saturday, Nov. 28, 2020. (AP PhotoThibault Camus)

PSG hit back with two goals within a minute from Brazil star Neymar and loan signing Moise Kean.

But Bordeaux sensed weakness in a PSG defense which lost at Monaco 3-2 from 2-0 up in its last league game and was lucky to beat Leipzig 1-0 in the Champions League on Wednesday.

Attacking midfielder Yacine Adli — sold by PSG to Bordeaux in January 2019 — seized his chance and equalized after being teed up by none other than Ben Arfa in the 59th. 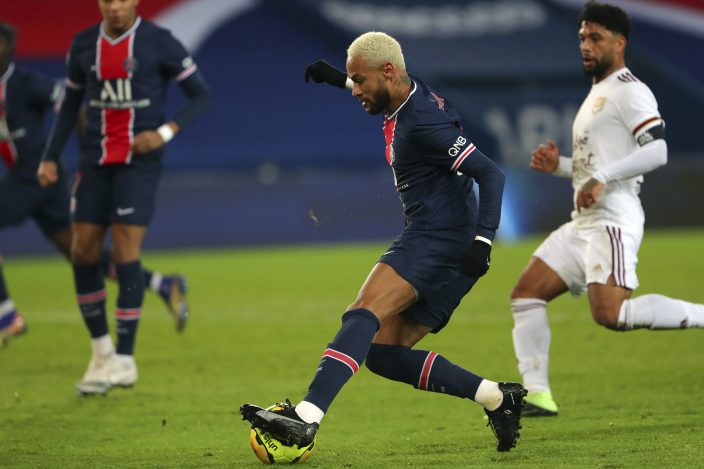 PSG's draw opens the door for Lille to move level on points if it wins at Saint-Etienne on Sunday.

Earlier, Marseille found its scoring touch and struggling striker Dario Benedetto finally got his first goal of the season in beating Nantes 3-1 at home.

He made it 3-0 from the penalty spot with one hour played, after goals from Florian Thauvin in the first minute with an acrobatic lob and playmaker Dimitri Payet with an assured finish in the 34th put Marseille in control.

Thauvin's 72nd league goal of his Marseille career took him one past Mamadou Niang on the club's list.

Midfielder Ludovic Blas pulled one back for the visitors at Stade Velodrome in the 72nd.

The win moved Marseille up to third place and it was a welcome boost after the defeat in the Champions League. The home loss to Porto on Wednesday was Marseille's 13th straight in the competition, setting a very unwanted record.

But if Marseille wins its two games in hand then it will be two points ahead of PSG and right back in the title race.

The Latest on the fallout and incr ...

Lille stays top in France after drawing 0-0 with PSG

Neymar stretchered off injured as PSG loses 1-0 to Lyon