Lyon made it nine games unbeaten and moved into second place in the French league after beating Reims 3-0 at home on Sunday.

Lille only needs a draw at struggling Saint-Etienne later to move back into second and can move level on points with leader Paris Saint-Germain if it wins.

Forward Karl Toko Ekambi put the home side ahead in the 21st minute when he vollyed in Memphis Depay's brilliant cross from the left. Reims midfielder Moreto Cassama was sent off 10 minutes later for fouling Depay as he was running through on goal. 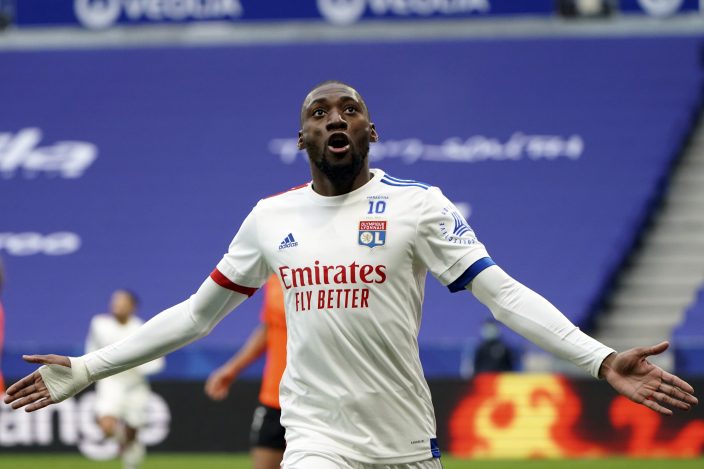 Lyon's Karl Toko Ekambi celebrates after he scored a goal during the French League One soccer match between Lyon and Reims in Decines, near Lyon, central France, Sunday, Nov. 29, 2020. (AP PhotoLaurent Cipriani)

Lyon had a second goal ruled out shortly after when striker Tino Kadewere was given offside.

Kadewere and Toko Ekambi also hit the post in a one-sided first half, and the second goal came soon after the break when Toko Ekambi provided it for midfielder Bruno Guimaraes.

The day got even better for Lyon when Moussa Dembélé netted his first of the season, latching onto Toko Ekambi's pass and expertly dinking the ball over the goalie in the 81st. 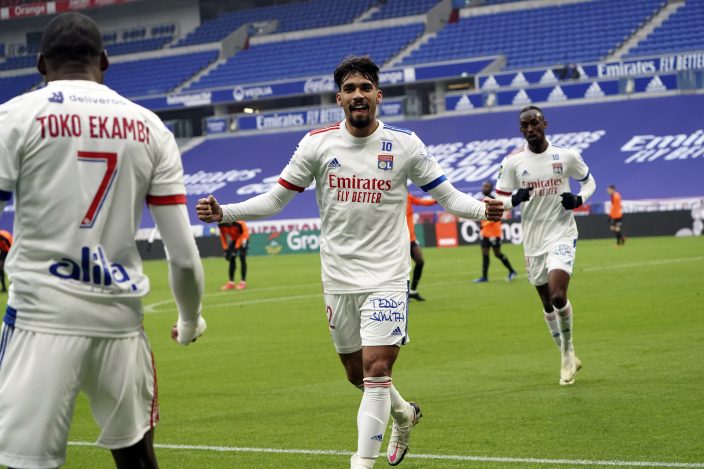 PSG’s 2-2 draw at home to Bordeaux on Saturday opened the door for Lille and made it five goals conceded in two games for the defending champion's shaky defense.

Lyon loses 1-0 at home to Metz, Lille rallies to win

Lille stays top in France after drawing 0-0 with PSG