A depleted Bayer Leverkusen was held 0-0 by struggling Hertha Berlin on Sunday as it climbed above Borussia Dortmund to go third in the Bundesliga.

Missing nine players due to injury and illness, Leverkusen had three defenders and a 17-year-old forward on its bench, and made only one change during the game.

That didn't stop Leverkusen dominating possession and recording 14 shots to Hertha's five, but there were few clear scoring chances for either team. Both Hertha and Leverkusen pressed and marked well to keep the forwards largely quiet. 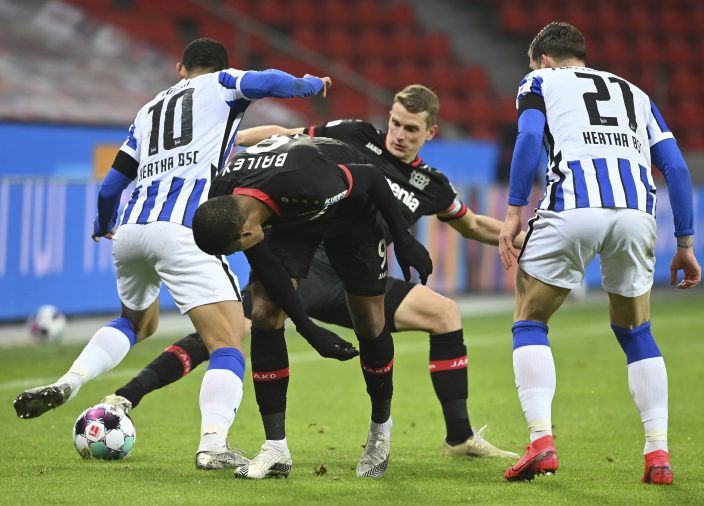 Hertha's Dodi Lukebakio forced a save from Leverkusen goalkeeper Lukas Hradecky early on, and Leverkusen midfielder Kerem Demirbay was a sporadic threat with his long-range shooting. Leverkusen captain Lars Bender came closest when he headed wide at a free kick in added time.

Leverkusen kept its unbeaten record in the Bundesliga and overtook Dortmund — which lost 2-1 to Cologne on Saturday — but Peter Bosz's team missed an opportunity to go second and within a point of leader Bayern Munich.

Hertha moved to 13th in what is another disappointing campaign so far for a club which has spent heavily in recent years with ambitions of becoming a power in both Bundesliga and European competitions. 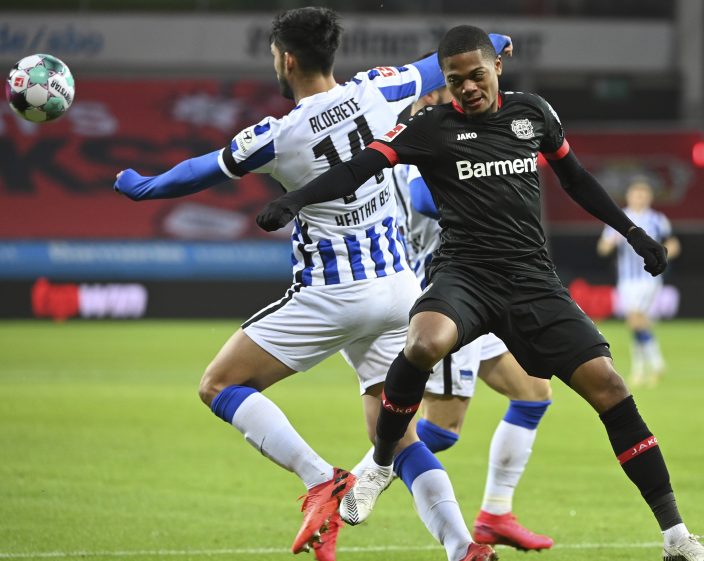 Leverkusen's top scorer Lucas Alario was out with a knee problem, putting more pressure on Patrik Schick to perform in the striker role and adding to an already troublesome injury list. Winger Karim Bellarabi had a thigh problem and attacking midfielder Nadiem Amiri is ill, while midfielders Exequiel Palacios and Charles Aránguiz have each missed several games.