Jason Kelce wore a brace on his injured elbow and needed help from a teammate to buckle his chin strap.

Pain wasn’t going to stop him from playing. It hardly ever does. 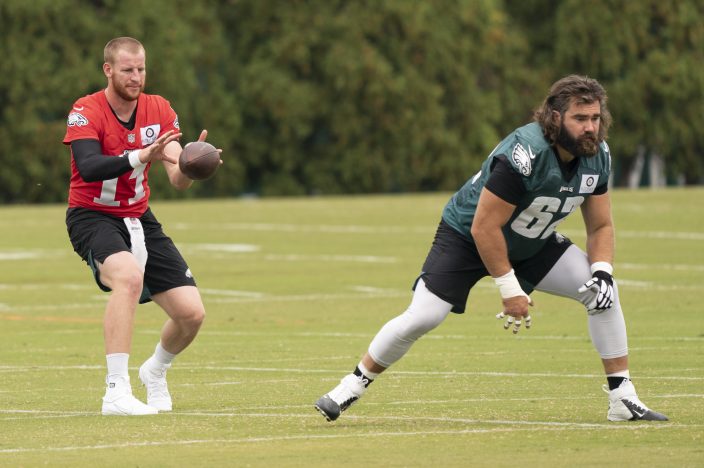 For a moment, it appeared the streak would be over when he got hurt in a loss at Cleveland last Sunday. Kelce threw his helmet in frustration after leaving the field, refused to enter the blue medical tent for an evaluation and stomped along the sideline. He finally went to get an X-ray but only missed five snaps before going back in.

While players around him have gone down at an alarming rate, Kelce has been the anchor on the offensive line. The Eagles are on their 10th different line combination in 11 games. 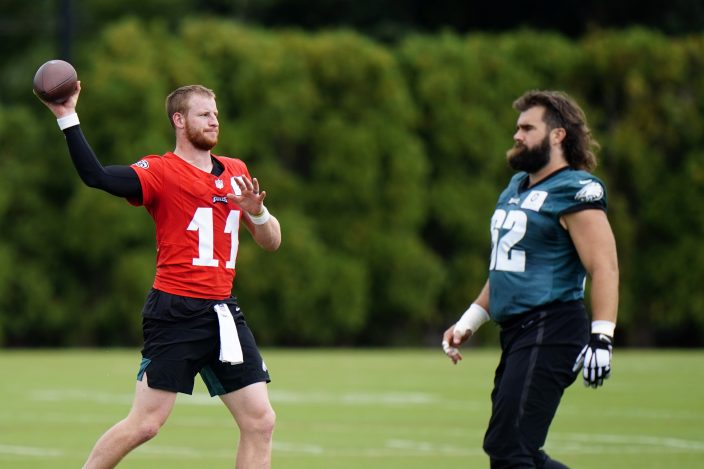 “I got so much respect for him as a football player on and off the field,” Eagles coach Doug Pederson said. “He’s somebody that does things right all the time and his game may not be perfect each week, but this guy, he practices, and plays hurt. He gives of himself for his teammates. He’s a great leader, not only in the offensive line room but I think on this football team.

“I love this guy. What he can do as a center, how he moves, how he gets to second-level defenders, how smart he is in protection, it’s just amazing to me. I’ve never really been around a player, an offensive lineman of his caliber that does what he does day in and day out and a ton of respect for Jason.”

Kelce, with his long hair, long beard and flannel shirts, looks like a lumberjack and he fits the image of a tough, blue-collar lineman. He downplayed the significance of his streak.

“I don’t think that a number means much,” Kelce said. “I think you just try and be available and do your job. I’ve been fortunate to be able to do that, and obviously, injury rates in this league are pretty substantial. I’ve been pretty lucky, all things considered, to not have injuries over the course of 100 games that would sit me down. But I think that a lot of it is just pretty good fortune. I’m happy that I’ve been able to do it.”

Kelce and his younger brother, Chiefs tight end Travis Kelce, both were All-Pros in 2018.

“Growing up, it was everything you could think of every second of the day,” Travis Kelce said about competing with his brother. “If we both got a free day, usually started with something in the house like cards at breakfast or playing chess at the table while we were watching TV to going outside and then playing a game of football to basketball to baseball to making a game in the backyard and having fun with those type of things, just any way that we could find a way to compete.”

The Eagles (3-6-1) are struggling but a victory over the Seahawks (7-3) would move them back into first place ahead of Washington (4-7) in the lowly NFC East.

Since winning the franchise’s only Super Bowl in the 2017 season, a victory punctuated by Kelce’s memorable parade speech, the Eagles have needed strong finishes to get in the playoffs. They won their last three games in 2018 to earn a wild-card berth and won their final four games last season to secure the division title.

“You find out a lot about people through adversity,” Kelce said. “We have great people here, great coaches, great people of integrity and that’s allowed us in a lot of seasons to push through tough times and continue to fight. I don’t see a lack of effort, a lack of fight, a lack of accountability.

Kevin Na has a big finish and wins the Sony Open