Swiss skier Marc Gisin announced the end of his racing career on Monday, saying he had not fully recovered from a serious crash two years ago.

In December 2018, Gisin was placed in a medical coma to be treated after hitting the snow hard at a jump on the Saslong course at Val Gardena, Italy.

“I put absolutely everything in my rehabilitation to come back from this injury once again and tried to give my body and especially my brain the time it needed to recover,” Gisin wrote on his Instagram account. “But my body won’t take it anymore.” 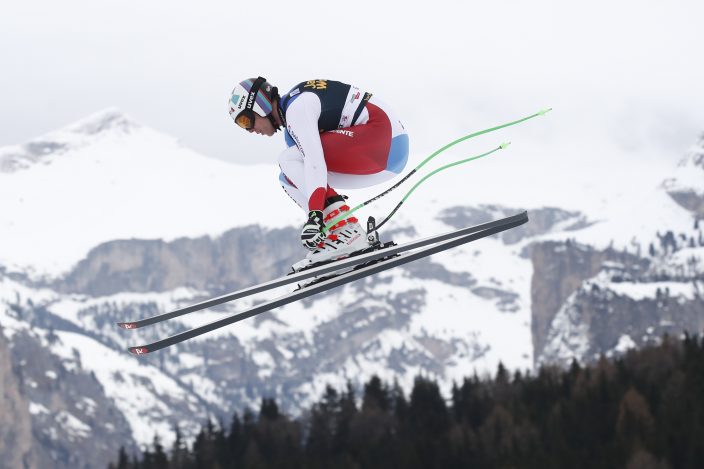 FILE - In this Thursday, Dec. 19, 2019 file photo, Switzerland's Marc Gisin speeds down the course during a training session for an alpine ski, men's World Cup downhill in Val Gardena, Italy. Swiss downhill racer Marc Gisin announced the end of his career Monday Nov. 30, 2020, saying he had not fully recovered from a serious crash two years ago. Gisin was placed in a medical coma after hitting the snow hard at the Saslong course at Val Gardena, Italy. (AP PhotoGabriele Facciotti, File)

The 32-year-old Gisin is from a storied ski racing family. His sisters Dominique and Michelle won Olympic gold medals at, respectively, the 2014 Sochi Winter Games and 2018 Pyeongchang Winter Games.

Gisin, who placed 21st in men’s downhill at Pyeongchang, got his best World Cup results at the toughest race — fifth places in 2016 and 2018 at Kitzbühel, Austria.

He also sustained a head injury at Kitzbühel in 2015 when crashing out in a super-G race.

Gisin said Monday his race awareness was still affected and “will not allow me to ski the way I want to” ahead of the first speed races of the new season.