While China is striving to eradicate absolute poverty and achieve the goal of building a moderately prosperous society, the country's top football league has joined the efforts.

Football fields, training classes, and facilities are provided to local governments and schools, and members of the Chinese Super League (CSL) even offer to solve drinking water problems in villages by donating wells.

In October, Hebei China Fortune Football Club of the Chinese Super League (CSL) launched a second campaign to help build football training systems in Butuo County and Meigu County in Liangshan Prefecture, southwest China's Sichuan Province, which used to be national-level poverty-stricken counties and recently moved out of poverty. A total of 41 PE teachers were trained in the process. 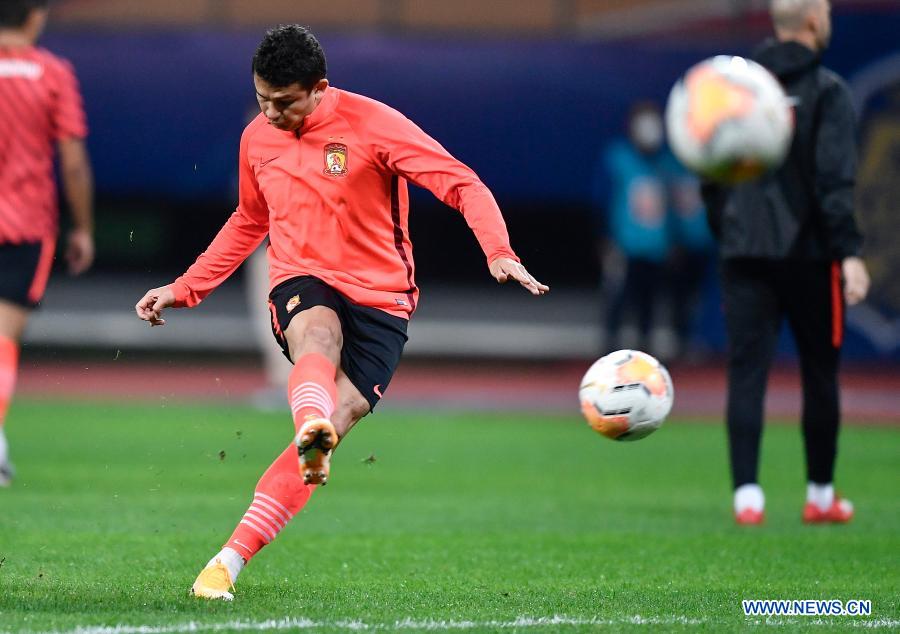 Hebei club's campaign is part of Liangshan Prefecture's youth sports development project starting in 2019, which has seen eight students selected into the provisional Sichuan under-9 team.

The trip is just one branch of a series of actions by the Chinese football clubs.

The CSL also established a special program for girls interested in football and put them under the guidance of professional players at the Manglin Primary School, deep in the mountains of Shidian County, Yunnan Province. They are taking the classes online now due to the COVID-19 pandemic.

"We will all meet many people who selflessly help in our lives. The only thing one should learn is to help others when capable," said Chinese International Gao Lin from Shenzhen F.C.

Besides classes, the CSL has also made efforts to provide sporting facilities for the rural children.

In 2019, it reached a supportive initiative on football poverty alleviation with the local government of Inner Mongolia Autonomous Region. A joint fund by the CSL and the China Soong Ching Ling Foundation donated a five-a-side football field to solve the shortage of local sports centers, the seventh football field it has sponsored.

In June, Shandong Luneng club, represented by then coach Li Xiaopeng and players Hao Junmin, Wang Dalei, Zheng Zheng and Zhang Chi, donated 400,000 yuan (about 60,000 U.S. dollars) to a village in Jinan, the capital city of Shandong province for digging a well.

Concussion substitutes will be tri ...